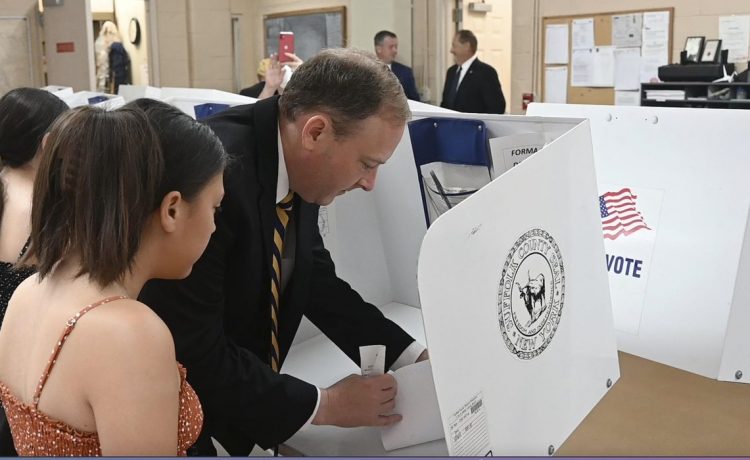 A Marist Poll released Thursday has Mr. Zeldin just eight points behind Mrs. Hochul, 52% to 44%, among 900 New York voters who “definitely” plan to cast ballots in the Nov. 8 election.

“There’s an enthusiasm gap, which partially offsets the huge registration advantages that the Democrats have, obviously, in New York,” Lee Miringoff, director of the Marist Institute for Public Opinion, told reporters of the poll’s numbers.

Mrs. Hochul’s campaign had no comment, but Democrats say that her support level of 52% matches that of Senate Majority Leader Charles Schumer in his re-election campaign.

The New York Democrat is running for a fifth term this year, against Republican Joe Pinion, and political handicappers unanimously rate the seat as safe.

That means, Democrats say, that Mrs. Hochul’s numbers reflect the general political environment and not necessarily the specific race.

Additionally, Democrats feel confident about Mrs. Hochul because she is above 50% three weeks before the election and has been in other public polls consistently going back to the summer. The biggest sign of trouble for an incumbent is usually considered to be poll numbers in the 40s, i.e., less than a majority.

Those who plan to vote for Mr. Zeldin told the pollster that they firmly support him compared to the 62% who say they support Mrs. Hochul, who replaced Gov. Andrew Cuomo when he resigned in disgrace last year.

Mr. Zeldin’s law-and-order campaign appears to be benefitting him. According to the same poll’s questions on the issues most important to voters, crime leads abortion by 18% to 14%.

Additionally, the survey has inflation at 28% as a top issue, while preserving democracy garnering 24%, a boost for Mrs. Hochul, who has criticized Mr. Zeldin’s votes against certifying the 2020 presidential election results.

Democrats in the state outnumber Republicans two to one, but according to Marist, a total of 78% of registered Republicans plan to vote compared to 77% of independents and 62% of Democrats.

“We’re talking to everybody, Republican, Democrat, independent blue county, red county, it doesn’t matter. And what I found as I’ve traveled across this entire state is that a lot of New Yorkers are talking about the same issue. They want to feel safe on our streets,” Mr. Zeldin told The Washington Times during an interview.

“They want life in New York to be more affordable. New Yorkers are hitting their breaking point. [They] are Republican, Democrat and independent; they’re from all walks of life.”

“We’ve been very impressed by how well the support has been coming in. Our vote goal in Westchester County for much of this campaign was 43%. And we believe that we’re going to exceed that,” Mr. Zeldin said.

However, Mr. Zeldin trails Mrs. Hochul in the most populous region of the state — New York City. There she leads him 65% to 23%, but the New York Republican has said he needs just about 30% of the city’s voters to win, with wide margins in Long Island and upstate New York, where he leads Mrs. Hochul, a native of Buffalo, 49% to 43%.

The Marist poll of 900 registered voters who definitely plan to vote in November’s election has an error margin of 4.4 percentage points.