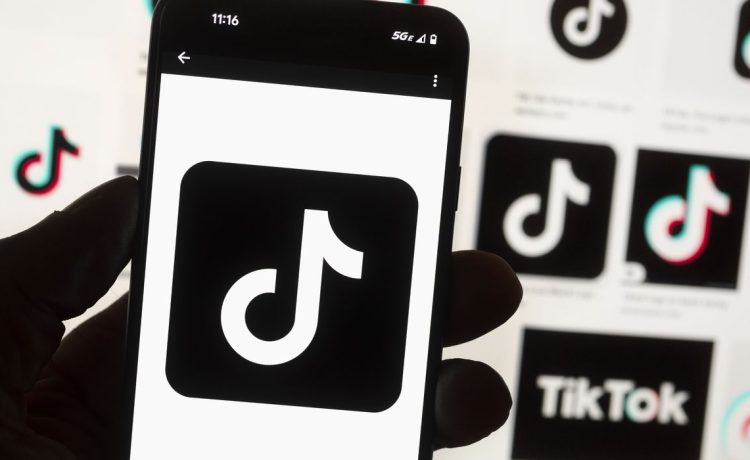 State governments are imposing new restrictions on TikTok while the Biden administration deliberates about whether a federal crackdown on the China-linked tech platform is needed.

Maryland prohibited the use of TikTok by state officials this week following a similar move in South Dakota as GOP governors with potential 2024 presidential campaign aspirations take aim at the popular video-based app.

Fears that Americans’ data on TikTok is in jeopardy of falling prey to the Chinese government contributed to the Trump administration’s review of the platform and desire to restrict its operation in the U.S. The Biden administration maintained the review while replacing an executive order seeking to restrict transactions with TikTok’s China-founded parent company.

Maryland Gov. Larry Hogan issued an emergency directive on Tuesday ordering the block of TikTok from state devices, alongside other tech products and platforms with connections to China and Russia, such as Huawei and Kaspersky.

“As the cyber capital of America, Maryland has taken bold and decisive actions to prepare for and address cybersecurity threats,” Mr. Hogan said in a statement. “To further protect our systems, we are issuing this emergency directive against foreign actors and organizations that seek to weaken and divide us.”

“South Dakota will have no part in the intelligence gathering operations of nations who hate us,” she said at the time. “The Chinese Communist Party uses information that it gathers on TikTok to manipulate the American people, and they gather data off the devices that access the platform.”

Both Mr. Hogan and Ms. Noem have publicly sought to push the Republican Party away from supporting former President Donald Trump’s 2024 White House bid. Ms. Noem told the New York Times last month that Mr. Trump did not give the GOP its best chance of winning the next presidential election. Mr. Hogan, a longstanding critic of Mr. Trump, is reportedly exploring whether a lane exists for his candidacy.

Concerns about TikTok predate presidential campaign politics and extend across partisan lines. Mr. Trump’s administration initiated the federal government’s review of TikTok over national security concerns and the Biden administration has continued to study the platform.

Republicans are pushing Democrats in other states to follow in the footsteps of Mr. Hogan and Ms. Noem. Six Wisconsin GOP lawmakers, including Sen. Ron Johnson and Rep. Mike Gallagher, wrote to Democratic Gov. Tony Evers on Tuesday asking him to ban TikTok from state government devices.

The Biden administration has yet to reach a decision about whether or how to crack down on TikTok. Negotiations between the White House and TikTok have encountered new delays amid growing concerns, according to a Wall Street Journal report this week.

The Committee on Foreign Investment in the United States (CFIUS) is the federal government entity that reviews commercial transactions for national security problems and has probed TikTok. CFIUS is led by the Treasury Department, which did not immediately respond to a request for comment on Wednesday.

TikTok also did not respond to questions Wednesday, but in September, said it was on a path to resolving the Biden administration’s concerns.