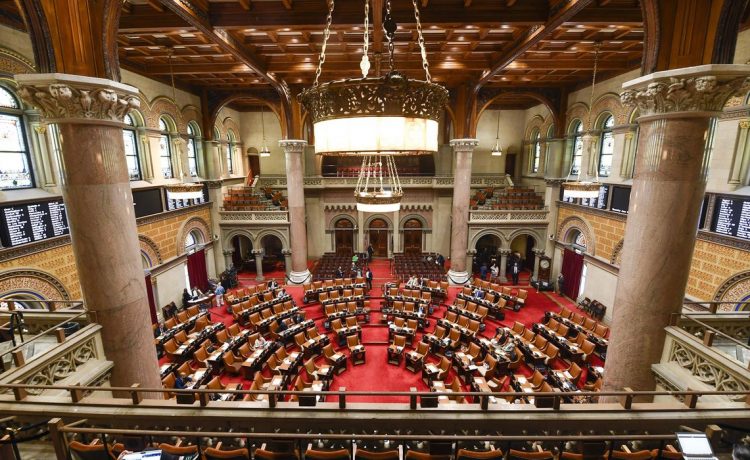 New York lawmakers in both houses introduced earlier this month the Standing Is Tiring Act (or SIT Act) that would allow workers in some sectors to sit while on the job.

If passed, the law would require employers to “provide suitable seats to all employees where the nature of such employees’ work reasonably permits seated work,” and prevent them from “artificially designing a workspace to require standing.”

The state’s Department of Labor would determine which jobs can reasonably accommodate workers sitting down, such as supermarket cashiers or clerks in New York City convenience stores.

“I think within reason, the argument can be made that we should be allowing folks to sit whenever possible,” Assemblywoman Karines Reyes, Bronx Democrat and a registered nurse, told the New York Post about the bill she sponsored.

The law’s advocates note that prolonged standing at work, such as in food-service jobs where workers often stand for hours, can damage people’s health.

Prolonged standing is linked with “lower back pain, fatigue, muscle pain, tiredness, and body soreness, and can even pose risks of cardiovascular problems,” according to a legislative memo released with the bill.

Ms. Reyes also pointed out that the SIT Act could help employees stay more durable, allowing them to work stably for longer.

“We’re trying to make sure that people can actually work and work for a long time. The worst thing in life is having a job that you know kills you in a few years and cuts you out on disability,” she told the Post.