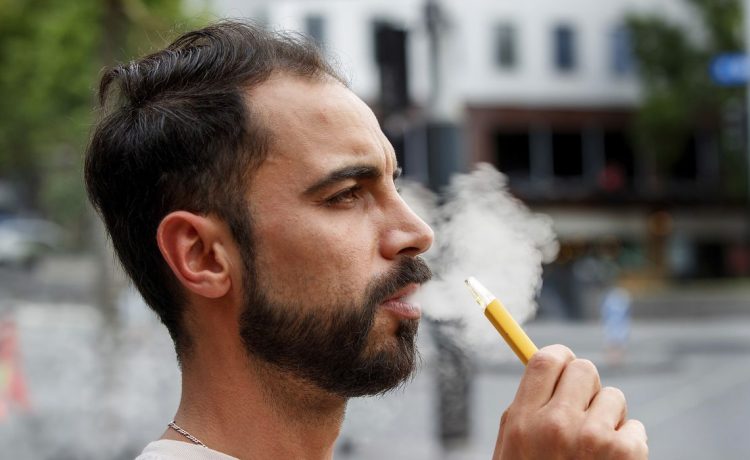 In an effort to phase out the haze of tobacco smoke, New Zealand’s government implemented a lifetime ban on cigarette purchases by those born on or after Jan. 1, 2009.

Smoking products are purchasable by only those 18 and up in New Zealand. The new ban does not affect current eligible smokers, those born before 2009 but who are not yet 18, and those who use vaping products.

Violations of the policy could result in a fine of up to $95,910, according to Reuters. The ban makes New Zealand the country with the world’s second-strictest smoking laws. The Himalayan kingdom of Bhutan, nestled between China and India, banned all cigarette sales in 2010.

Vaping has already outpaced smoking as the nicotine inhalation method of choice for New Zealanders. A Statistics New Zealand report last month found that 8% of adults smoke daily, down from 16% a decade ago, while 8.3% vape daily, according to the Associated Press.

With a goal of having a smoke-free New Zealand by 2025, the country’s government also decreased the amount of nicotine allowed in smokable tobacco. The number of retailers eligible to sell tobacco will decrease from 6,000 to 600 by the end of 2023, according to Reuters.

“There is no good reason to allow a product to be sold that kills half the people that use it,” New Zealand Associate Minister of Health Ayesha Verrall told lawmakers in the country’s Parliament, according to the AP.

The legislation was voted for on party lines, passing 76 to 43. Opponents of the bill think of it as nanny-state big government policy run amok.

“No one wants to see people smoke, but the reality is, some will. And Labour’s nanny state prohibition is going to cause problems,” Brooke van Velden, deputy leader of the libertarian ACT New Zealand party, told Reuters. The party has 10 out of the 120 seats in Parliament.

The center-right National Party also voted against the new ban, arguing that it will negatively affect small retailers and corner stores, referred to in New Zealand as dairies.