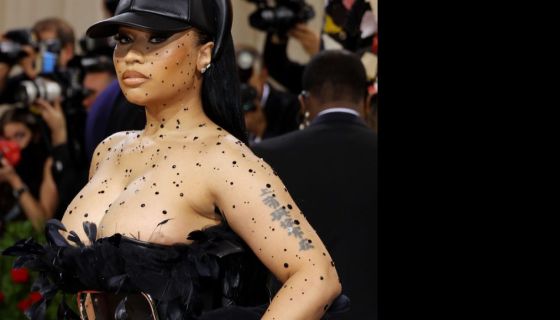 Save a pink seat for the Head Barb In Charge! 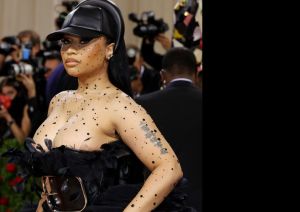 Earlier this month, Nicky Minaj put the Grammys on blast for moving her hit song “Super Freaky Girl“ from the ballot for the rap category to pop. This isn’t the first time she called out the Recording Academy for what she felt was unfair treatment. Regardless of their love-hate relationship, E! News reports Nicki would still attend the awards show if nominated.

“Yeah, why not? I’m not a coward. I feel like I am in a really good space and therefore, why not? Why not put on a beautiful dress and cover my big boobs and show off my big old butt. Why not go and flaunt it?” Nicki said in an exclusive interview.

The “Do We Have A Problem?” rapper took to social media to slam the academy about the category change.

“The Grammys is having blogs post that Variety article to distract you from the fact that ‘SUPER FREAKY GIRL’ was unfairly moved from the rap category while other poppy rap songs remain in the RAP CATEGORY,” she wrote in an Instagram Story

Although Nicki vented about “an agenda” to make it easier for others to compete in rap without her song in that category, the 39-year-old said it’s not that deep. Someone tell the Barbz not to take her online venting too seriously, either. Now that the moment has passed and her infamous Twitter fingers are resting, there’s no Grammys grudge or bad blood.

“I think sometimes people think that I’m more ‘angry’ than I am. I could be heated about something right now or this second and five minutes from now, I’ll forget about what I just spoke about,” Nicki explained.

Her temper has cooled off, but she makes no apologies for speaking her truth. The rapper emphasized that she doesn’t take recognition lightly because her work is her passion.

“I put in a lot of work. I own the right to speak on my own workplace, my own culture. I owned it. You know why? I sit down myself. I put together my own music. I write my own songs. I sit there with every mix of the song, the master. I am so much more into music than just a few raps or lines on the song,” Nicki continued.

Despite beefing online with several fellow rappers in recent weeks, Nicki doesn’t is interested in more than just her own success. She told E! that she’ll be rooting for other artists to take home trophies on music’s biggest night.

“If I were to be officially nominated, of course, I’ll come by. Why wouldn’t I? I would come to cheer on the other people that are nominated. There are a lot of artists that I would love to see win Grammys for the first time next year,” she said.

One of those artists Nicki will probably cheer on is Taylor Swift. On Friday, Taylor released her new album, Midnights. In less than a week, her tenth studio album is already breaking records and making headlines. Nicki congratulated Taylor on becoming Spotify’s most-streamed album in a single day.