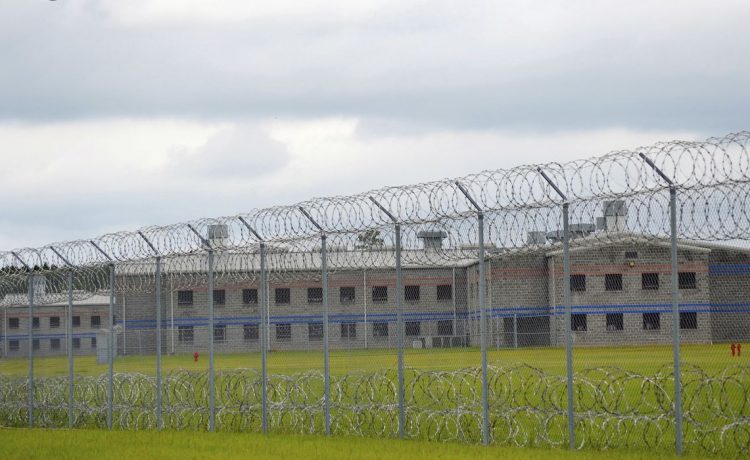 Female inmates at an Indiana jail said they were subjected to a ‘night of terror’ when a prison guard accepted a bribe to let male inmates access their cells, according to a new lawsuit.

Eight women filed the lawsuit in federal court last week against Clark County Sheriff Jamey Noel and multiple current and former Clark County jail employees for their alleged role in the events that started on Oct. 23, 2021, and carried on overnight.

This is the second lawsuit filed against the defendants. The first was fled by 20 women in June who made the same allegations about the October attacks.

The July lawsuit said that guard David Lowe gave two male inmates the keys to the women’s section of the jail in exchange for $1,000. The male inmates then brought with them other male inmates, according to the lawsuit.

“Numerous male detainees used the keys obtained from Lowe to enter Pods 4(E) and 4(F), where they raped, assaulted, harassed, threatened and intimidated the plaintiffs in this lawsuit, and other women, for several hours, resulting in significant physical and emotional injuries,” said the lawsuit that was filed in the U.S. District Court of the Southern District of Indiana said.

The lawsuit alleges that at least two women were raped and multiple women were sexually assaulted.

The male inmates repeatedly threatened to harm the women if they pressed the emergency call button.

Jail officers were said to be watching the camera feed into the women’s cells while the male inmates were attacking them.

“Despite watching this footage showing numerous detainees in unauthorized areas of the Jail, the Defendant Jail Officers did nothing to stop the assaults on the Plaintiff.” the lawsuit said.

The lawsuit also said that jail officers punished the women in the days after the incident. That included keeping their lights on for three days straight, taking away their pillows, blankets and personal hygiene items and placing them in lockdown, which denied them their normal privileges

Mr. Lowe was fired shortly after the incident and charged with aiding an inmate, official misconduct and misdemeanor trafficking for accepting the bribe, according to WDRB in Louisville, Kentucky.

Attorney William McCall, who is representing some of the plaintiffs in the June lawsuit, told Law & Crime that the attacks came to light after one of the plaintiffs complained about the incident when she was moved to a different jail.

He said the woman became pregnant due to the rape from that night and later miscarried when she bonded out of custody.