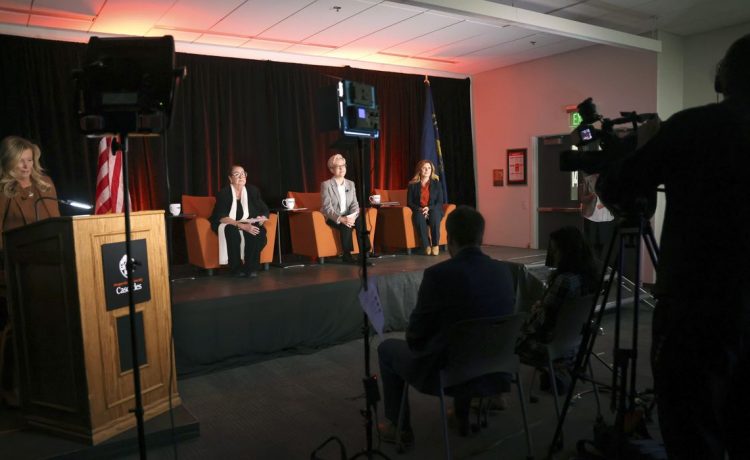 The donation, first reported by Willamette Week, is likely to help boost Ms. Drazan, who has been barely leading Democrat Tina Kotek in recent polls due in part to third-party spoiler Betsy Johnson, who left the Democratic party this year, and the unpopularity of outgoing Democratic Gov. Kate Brown.

“Phil Knight is a pioneering and respected leader not just in Oregon, but across the globe,” Trey Rosser, Ms. Drazan’s campaign manager, said in a statement. “It’s a tremendous honor to have his support as well as the support of so many Oregonians from across our state.”

Mr. Knight previously contributed $3.75 million to Ms. Johnson’s effort to become Oregon’s first non-affiliated major party governor in almost a century, but her campaign has remained behind both Ms. Kotek’s and Ms. Drazan’s by double digits in recent polls.

The Johnson campaign said in a statement, “Phil Knight loves our state and like most Oregonians knows we need change from the failures of Kate Brown and Tina Kotek. There are only two candidates in this race who can deliver change and he knows that. Betsy is proud to have his support.”

Mr. Knight, according to Forbes, is worth $36.1 billion and retired from Nike in June 2016 after 52 years with the company. In 1964 Mr. Knight ran track at the University of Oregon and created Nike shoes with his former track coach, Bill Bowerman, after each invested $500 to launch what would later become a multi-billion dollar global company.

Each candidate, who has served in Oregon’s state legislature, has had solid fundraising cycles this election.

Political handicappers at the Cook Political Report and the University of Virginia’s Center for Politics rated the race as a “tossup” since August, and should Ms. Drazan win, she would be the first GOP governor elected since Republican incumbent Victor Atiyeh won reelection.