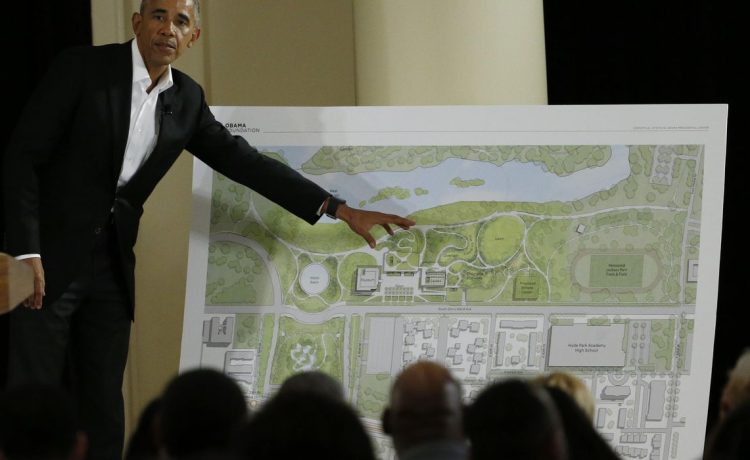 CHICAGO — The firm building the Obama Presidential Center suspended operations Thursday after a noose was found at the site, and it offered a $100,000 reward to help find who was responsible.

Lakeside Alliance, a partnership of Black-owned construction firms, said it reported the incident to police and “will provide any assistance required to identify those responsible.”

“We have zero tolerance for any form of bias or hate on our worksite. Anti-bias training is included in our onboarding process and reiterated during site-wide meetings. We are suspending all operations onsite in order to provide another series of these trainings and conversations for all staff and workers,” the firm said.

“This shameless act of cowardice and hate is designed to get attention and divide us. Our priority is protecting the health and safety of our workforce,” the statement said.

The Chicago Police Department is aware of the noose and the matter is under investigation, said Sgt. Rocco Alioto, a department spokesman.

An alliance spokeswoman, Lara Cooper, said she could not comment on whether it suspects a worker at the site and how the pause will affect the work.

City work to prepare for construction began in spring 2021 with the an official groundbreaking the following September.

The foundation has said the center is slated to open in 2025. Organizers expect it to attract about 750,000 visitors a year.

It will sit on 19 acres (7.7 hectares) of the 540-acre (291-hectare) of Jackson Park, named for the nation’s seventh president, Andrew Jackson. Significantly, it will be located near the Obama family home and where the former president started his political career on the city’s South Side.

The city will own the center under the terms of a 2018 ordinance approved by the Chicago City Council.

The initial cost was projected at $500 million, but documents released by the Obama Foundation last summer showed the cost had climbed to roughly $830 million. Funds are being raised through private donations.