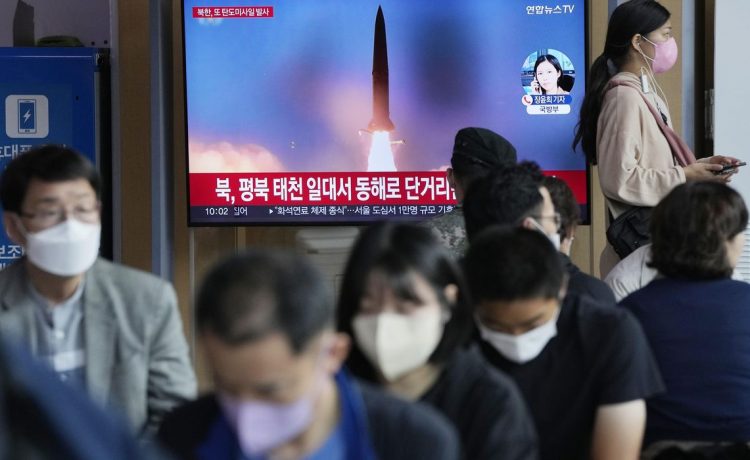 South Korean officials said the missile was launched from the town of Taechon and flew roughly 370 miles. It landed in the ocean off North Korea’s eastern coast.

In a statement, South Korea’s Joint Chiefs of Staff called the launch a “significant provocation that undermines peace and stability on the Korean Peninsula as well as in the international community.”

“While monitoring and tracking North Korean movements to prepare against any additional provocation in close cooperation with the U.S., our military will maintain a firm readiness posture based on the capability to respond overwhelmingly to any North Korean provocation,” the statement read, according to South Korea’s Yonhap News Agency.

North Korea has tested more than 30 ballistic weapons so far this year. But the timing of Sunday’s launch is noteworthy, coming shortly before Ms. Harris visits South Korea.

Ms. Harris left Washington for Asia early Sunday. She is expected to land in Japan later Sunday and travel to Seoul this week.

North Korea’s latest launch also comes as the U.S. and South Korea gear up for major joint military drills. Ahead of those exercises, the American nuclear-powered aircraft carrier USS Ronald Reagan arrived in the South Korean port of Busan last Friday. Other ships with the U.S. Carrier Strike Group 5 also arrived at Busan.

The U.S. scaled back joint military drills with South Korea under former President Donald Trump as part of Mr. Trump’s unprecedented diplomatic outreach to Pyongyang. Many of those joint exercises have now resumed, fueling increased tensions with North Korea.