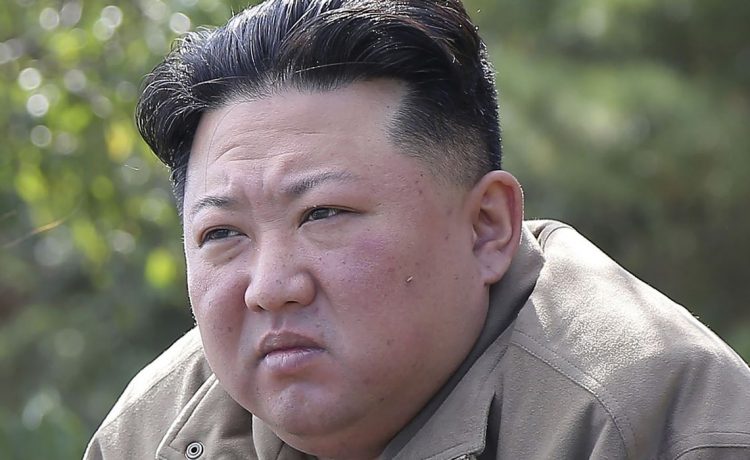 Wednesday’s tests extended a record number of weapons demonstrations this year by North Korea, which has punctuated its testing activity with threats to preemptively use nuclear weapons against South Korea and the United States if it perceives its leadership as under threat.

Analysts say Kim is exploiting the distraction created by Russia’s war on Ukraine, using it as a window to accelerate arms development as he pursues a full-fledged nuclear arsenal that could viably threaten regional U.S. allies and the American homeland.

South Korean officials say Kim may also conduct a nuclear test in the coming weeks or months, escalating a pressure campaign aimed at forcing the United States to accept the idea of North Korea as a nuclear power that can negotiate economic and security concessions from a position of strength.

North Korea’s official Korean Central News Agency said the two missiles during Wednesday’s tests flew for nearly three hours, drawing oval and figure eight-shaped patterns above its western seas, and showed that they can hit targets 2,000 kilometers (1,240 miles) away. The tests demonstrated the accuracy and war-fighting efficiency of the weapon system that has already been deployed at army units operating “tactical” battlefield nuclear weapons, the agency said.

Kim after the tests praised the readiness of his nuclear combat forces, which he said were fully prepared for “actual war to bring enemies under their control at a blow” with various weapons systems that are “mobile, precise and powerful,” according to the report.

He said that the tests send “another clear warning to enemies” and vowed to further expand the operational realm of his nuclear armed forces to “resolutely deter any crucial military crisis and war crisis at any time and completely take the initiative in it.”

The missiles’ flight details and characteristics described in state media resembled what North Korea reported in January following the previous demonstration of its long-range cruise missile system, which was first revealed in September last year.

State media photos of Wednesday’s test showed a missile leaving an orange tail of flame as it shot out of a launch vehicle. Kim is seen smiling and clapping from a viewing station established inside an arched structure that appears to be a highway tunnel. Experts say the North may intend to use such structures to conceal its weapons before launch.

The tests were the first known weapons demonstrations by North Korea after it launched 12 ballistic missiles in a span of two weeks through Oct. 9 in what it described as simulated nuclear attacks on South Korean and U.S. targets. Those weapons included a new intermediate range ballistic missile that flew over Japan while demonstrating potential range to reach Guam, a major U.S. military hub in the Pacific, and a short-range missile fired from an unspecified platform inside an inland reservoir.

North Korea said those drills were meant as a warning to Seoul and Washington for staging “dangerous” joint naval exercises involving the nuclear-powered U.S. aircraft carrier USS Ronald Reagan in recent weeks, which were intended as the allies’ show of strength in the face of growing North Korean threats.

Concerns about Kim’s expanding nuclear arsenal has grown since his rubber-stamp parliament last month passed a new law that authorized preemptive use of nuclear weapons over a broad range of scenarios, including non-war situations, where it may perceive its leadership as under threat. South Korea’s military has since warned North Korea that it would “self-destruct” if it uses its bombs by triggering an “overwhelming” response from the allies.

While Kim’s intercontinental ballistic missiles targeting the American homeland have gathered much international attention, he has also been expanding his arsenal of shorter-range weapons aimed at overwhelming missile defenses in South Korea. The North describes some of those weapons as “tactical,” which experts say communicate a threat to arm them with small battlefield nukes and proactively use them during conflicts to blunt the stronger conventional forces of South Korea and the United States, which stations about 28,500 troops in the South.

North Korea has fired more than 40 ballistic and cruise missiles over more than 20 launch events this year, exploiting a divide in the U.N. Security Council deepened over Russia’s war on Ukraine. The council’s permanent members Moscow and Beijing have rejected U.S.-led proposals to impose tighter sanctions on Pyongyang over its intensified testing activity. Experts say the North’s next nuclear test, which would be its seventh overall since 2006, is likely to be the first that the Security Council fails to meet with new sanctions.

Nuclear negotiations between Washington and Pyongyang have stalled since early 2019 over disagreements in exchanging the release of crippling U.S.-led sanctions against the North and the North’s denuclearization steps.