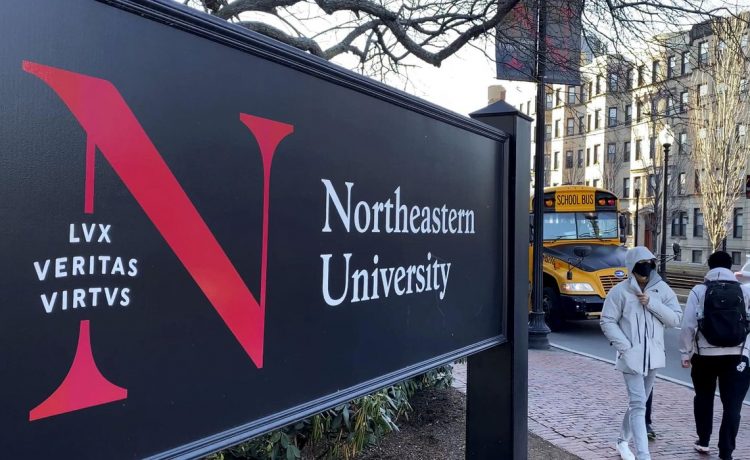 A former Northeastern University employee has been arrested and charged with concocting a bomb hoax at a university lab in September.

Jason Duhaime, former director of the Immersive Media Lab at Northeastern, has been charged with conveying false information or statements to a U.S. agency surrounding a purported bomb blast on Sept. 13.

The reported blast prompted evacuations across the Boston campus and the city.

Mr. Duhaime told investigators that he and a student went to pick up a package, something that they had never done before, and a Pelican-style case exploded.

“I unlock the case and open it up. And as soon as I opened it up, all this energy and, like, these things come flying out. And I had a long sleeve shirt, and they flew up underneath, basically, and hit my arm. The case went up and then it came down,” he told authorities.

A note was also found inside the case that was described as a threatening manifesto. Upon investigation of the note, the police began to investigate the incident as a potential hoax, viewing the note as likely the work of someone with knowledge of the lab.

The note was addressed to the manager of the lab and demanded that the lab stop its work on the Metaverse and Artificial Intelligence, with specific references to Meta CEO Mark Zuckerberg.

“Evidence discovered during the FBI’s ongoing investigation indicates that Duhaime himself authored the threatening letter. I believe, based on the ongoing investigation, that the Subject Case contained no ‘sharp objects’, that no objects were expelled from the case when Duhaime opened it, and that Duhaime sustained no injuries as a result of opening the Subject Case,” FBI Special Agent Seven Kimball wrote in a federal complaint.

Investigators noted no damage to the outside or inside of the case to indicate an explosion had occurred and the note that was supposedly contained inside the exploded case was in “pristine condition.”

Mr. Duhaime now resides in San Antonio, where he was arrested Tuesday morning and is expected to be returned to Massachusetts soon.

He will be charged, authorities said, with conveying false information and hoaxes related to an explosive device, and with making materially false and fictitious statements to a federal law enforcement agent.

Each charge could result in a five-year prison sentence and a fine of up to $250,000.