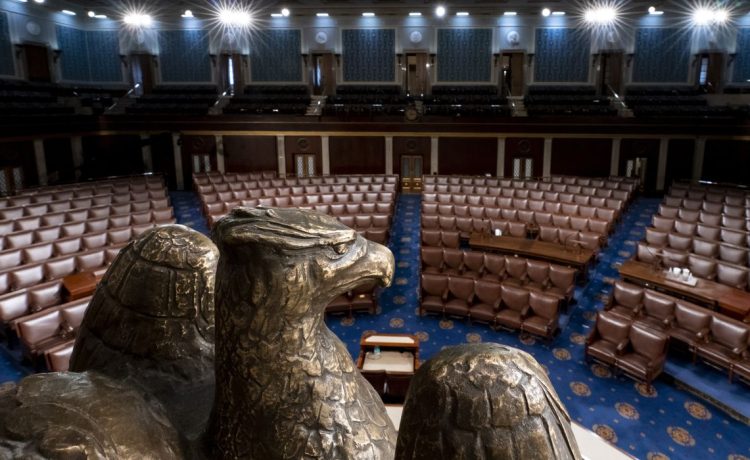 Rep. Ritchie Torres won reelection last month with roughly 73,000 votes, out of fewer than 90,000 cast in his district in the heart of the Bronx.

They’re in the same state, but those who cast ballots in Mr. Torres’ district effectively had three times as much political power in picking their member of Congress.

Some of that is population age, since only those over 18 are eligible to vote, but the biggest factor is immigration: Nearly 20% of his district are noncitizens — either illegal immigrants or legal ones who have not gotten citizenship.

They are still counted in divvying up districts, though, meaning that the citizens in Mr. Torres’ district benefit from living near so many noncitizens.

The result is a strange warp in political power in the House of Representatives, where some voters’ voices carry extra political weight because of where they live near.

“Some members of Congress represent more voters than others,” said Howard Husock, a scholar at the American Enterprise Institute who has studied the issue. “Because of this massive immigration and this geographic concentration, we’ve created an incredible distortion in congressional representation. That should be concerning.”

A difference in voting power is built into the Senate, where it’s a feature that Delaware’s roughly 700,000 potentially eligible voters get as much say as California’s 26 million.

But the House was supposed to be different, with the 435 districts giving voters a more intimate chance at selecting their representatives. Indeed, the Supreme Court has found in the Constitution a demand that “as nearly as is practicable, one man’s vote in a congressional election is to be worth as much as another’s.”

The immigration distortion plays out in a couple of ways.

The first is in apportionment, where states with more immigrants are allocated more seats in the House. The second is in drawing districts within a state, where adult citizens who live in immigrant-rich areas end up with more political power than those who don’t.

The founders were intimately familiar with the first situation when it came to enslaved persons. They couldn’t vote, but counting them for purposes of divvying up House seats would have given give pro-slavery states more power compared to free states.

The pro-abolition position would have been not to count enslaved persons at all for purposes of apportionment. The slavery position would be to count them fully. The founders settled on the three-fifths compromise.

That was worth somewhere in the neighborhood of a dozen extra seats for southern states. Had slaves been fully counted it would have been worth perhaps a half-dozen more.

For noncitizens, there is no such debate. They are fully counted.

We don’t yet know how much noncitizen populations distorted the 2022 election because the Census Bureau hasn’t released citizenship estimates for the new maps drawn after the 2020 count.

Based on the lines from the previous election, though, Democrats benefit far more.

“The people who live around non-citizens have a lot more political power in Congress,” said Steven A. Camarota, a demographer at the Center for Immigration Studies who has tracked the issue.

The Trump administration tried to do something about it, attempting to insert a question about citizenship on the full 2020 census.

Immigrant rights advocates successfully sued to block that move, with the Supreme Court finding that President Trump’s team wasn’t forthright about the reasons for adding the question.

Had citizenship data been available, it could have helped states that wanted to draw their legislative lines around citizens instead of the whole population, though that would likely have sparked another round of legal battles.

Another option to equalize power would be to make citizenship easier to obtain, enticing some noncitizens to sign up.

Yet a third option would be to let noncitizens vote.

Federal law currently prohibits that for federal elections, but cities are increasingly experimenting with it for local contests.

New York City attempted to allow legal immigrant noncitizens and some illegal immigrants who have obtained tentative status, such as Dreamers, to vote. A judge has put that idea on hold. The District of Columbia is also pursuing noncitizen voting, putting it on a crash course with Congress.

The country could also continue to live with things the way they are — just as it has done with other voting anomalies.

States generally require voters to be 18 to cast ballots, but minors are still tallied for purposes of drawing district lines. That means a voter in a younger-skewing area has more power than someone in an older area.

It all combines for strange outcomes.

Mr. Husock pointed out that Ms. Ocasio-Cortez, one of the most recognizable members of Congress, originally won her seat by defeating a member of House Democrats’ leadership in a 2018 primary by garnering 16,898 votes, out of fewer than 30,000 cast. The seat is so heavily Democratic that the primary effectively determines the winner of the general election.

That meant fewer than 17,000 voters picked the representative for a district with 690,000 people.

Then there’s Rep. David Valadao, a Republican, who won reelection with fewer than 53,000 votes, out of roughly 103,000 ballots cast in California’s 21st District, in the state’s central valley.

Compare that to Kevin Kiley, another Republican, who had to win more than three times as many votes to carry California’s 3rd District, which runs along the Nevada border, and where nearly 340,000 voters cast ballots last month.

Mr. Valadao said part of the low turnout is due to this being off-year elections, which usually see lower turnout than presidential election years.

“We’re out knocking doors and doing everything we can and it’s just one of those things where we have some really strong years and this was one of the weaker years,” he told The Washington Times.

He said Democrats tried to gin up higher turnout in the state this year by putting “a lot of stuff on the ballot,” but it didn’t work.

“But I think one thing that probably drives a lot of this is the drive from both sides, both parties to just register people and harass people outside of grocery stores and do things like that to get them to register. If they weren’t gonna register on their own, the likelihood of them being like a solid voter — probably unlikely and I don’t know if that is part of it, but I’ve always felt like that could be a driver for this,” he said.

• Mica Soellner contributed to this article.