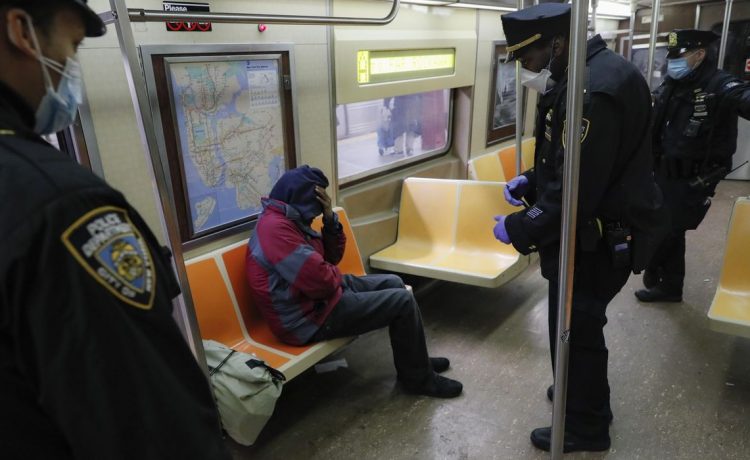 The policy, announced late last month, grants police, firefighters, outreach workers and other first responders the ability to admit people to psychiatric hospitals if they appear unable to take care of themselves, according to WNYW, the Fox affiliate in New York.

“I didn’t get elected to do an easy task,’ Mr. Adams said Monday, according to London’s Daily Mail newspaper. “I got elected to look at these systemic problems that have been in the city for generations.”

Critics of the plan say institutionalizing people is a temporary solution, as patients eventually will be released from the hospital. They believe the mayor should instead focus on building more supportive housing, which would help avoid the expected legal fights that are to come over this policy.

“The U.S. Supreme Court has clearly said that civil commitment is a massive curtailment of liberty, and therefore currently under the law you can bring somebody in for evaluation based on the fact that they’re unable to meet basic survival needs,” Norman Siegel, former director for the New York Civil Liberties Union, told the Gothamist news site last month. “But currently you can’t keep someone against their will in a hospital based on their basic survival needs.”

Matt Kudish, executive director of the New York chapter of the National Alliance on Mental Illness, told WNYW that the plan “takes away basic human rights” and that the city is choosing not to provide treatment for these mental health issues at shelters or supportive housing sites.

Mr. Adams has emphasized that the people targeted by this new policy are a “small, specific group” who are a danger to themselves and others.

The new policy comes amid a backdrop of increasing crime in general (up 27% year over year) and on public transit (up 34%).

Further, the Coalition for Homeless said over 60,000 people sleep in New York City shelters on a given night, up 50% from more than a decade ago.

Mr. Adams said private hospitals agree with the new policy but cited the Health Insurance Portability and Accountability Act to avoid delving into specific numbers of how many patients have been admitted.