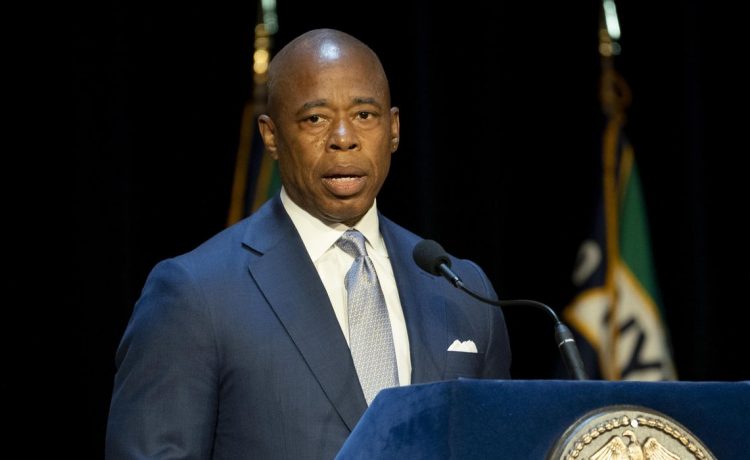 The measure will allow the Democratic mayor to suspend local laws or employ new rules to respond to the virus, which is rarely deadly but produces a painful rash and lesions.

“As the monkeypox outbreak continues to grow in New York City and across the country, I am today issuing an emergency executive order declaring a local state of emergency,” Mr. Adams said. “New York City now has over 1,200 reported cases, approximately 25% of cases nationally, and we are continuing to see the numbers rise. This order will bolster our existing efforts to educate, vaccinate, test, and treat as many New Yorkers as possible and ensure a whole-of-government response to this outbreak.”

Typically found in parts of Africa, monkeypox has been spreading rapidly in New York, the U.S. as a whole and other non-endemic countries since mid-spring.

The outbreaks have predominately impacted men who have sex with men, though anyone can contract the virus through close personal contact.

Besides allowing mayoral tweaks to laws, Mr. Adams’ declaration will allow city Health Commissioner Ashwin Vasan to issue amendments to the city health code to box out the virus.

On the national level, Health and Human Services Secretary Xavier Becerra has resisted declaring a public emergency over monkeypox.

Mr. Becerra said that HHS is tracking it closely and that more than 780,000 additional doses of the Jynneos vaccine for monkeypox will be filtering out to impacted cities and states over the coming weeks.

Former Food and Drug Commissioner Scott Gottlieb, writing in The New York Times, said the U.S. failed to stockpile enough vaccines to guard against the virus and did not scale up testing fast enough when it became clear the virus was spreading.

“Our country’s response to monkeypox ‌‌has been plagued by the same shortcomings we had with COVID-19,” Dr. Gottlieb wrote. “If monkeypox ‌gains a permanent foothold in the U‌nited States and becomes an endemic virus that joins our circulating repertoire of pathogens, it will be one of the worst public health failures in modern times not only because of the pain and peril of the disease but also because it was so avoidable.”