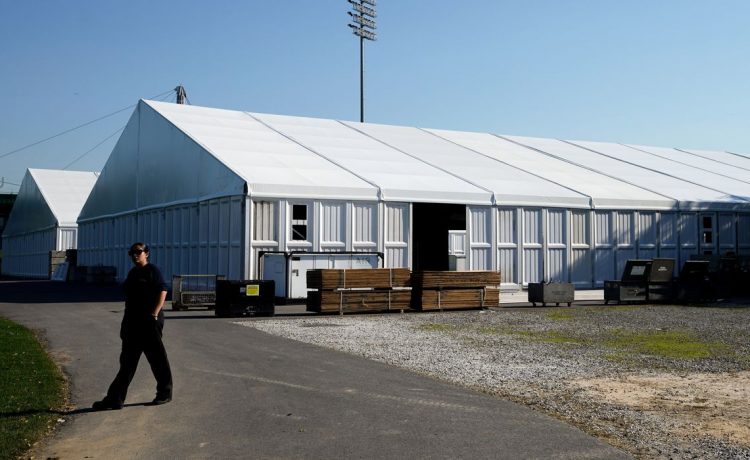 Mr. Adams told reporters during a news conference at Yankees Stadium in the Bronx that every city borough would be affected by the influx of illegal immigrants being bussed into the city daily.

Mr. Adams stated that more than 17,000 asylum seekers, mostly from South America have been bused directly to New York City from the southern border since April of this year, with an average of five to six buses per day arriving at New York’s Penn Station.

“The majority are adults who cannot legally work in this country. Many families with school-aged children, some are in desperate need of serious medical care,” he said. New York City has helped them all. But extending that care has come at a great cost to our city and our people. The asylum seekers arriving here need more than a hot meal or bed for a night.”

The flood of illegal immigrants into New York City is a result of Republican governors in states like Texas and Arizona busing in these migrant groups to criticize liberal city mayors for their sanctuary city policies.

Mr. Adams said the city “expects to spend at least $1 billion by the end of the fiscal year on this crisis.”

“All because we have a functional and compassionate system, our right to shelter laws, our social services, and our values are being exploited by others for political gain. Yorkers angry,” he said “I am angry, too. We have not asked for this.”

Mr. Adams has also been criticized by his own party for his response to the migrant housing situation. This includes suggesting sheltering the immigrants on a cruise ship and housing them in a tent in Orchard Beach, which flooded. The tent complex was moved to Randalls Island instead.

“There was never any agreement to take on the job of supporting [thousands] of asylum seekers. This responsibility was simply handed to us without warning, as buses began showing up,” Mr. Adams said. “There’s no playbook for this. No precedent. But despite all this, our city’s response has been nothing short of heroic.”