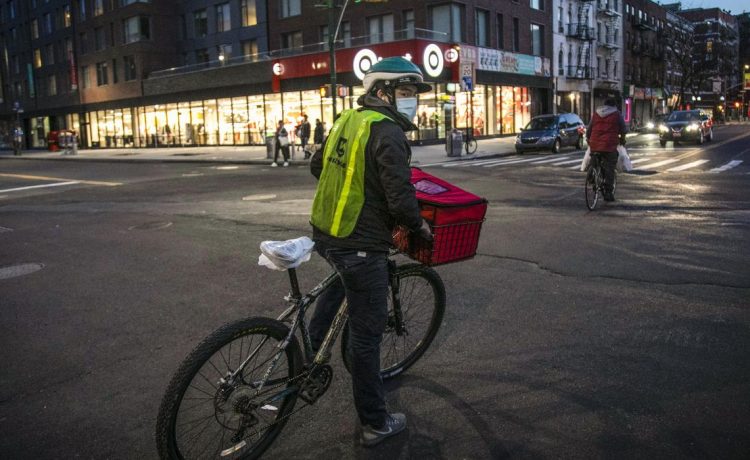 Mr. Adams, a Democrat, said the shelters will allow 65,000 of these workers, or “deliveristas,” to avoid harsh weather or recharge their electric bikes and phones as app-based food-delivery services rise in popularity.

The program will also renovate a center in Brooklyn’s Williamsburg neighborhood to serve as a center for the delivery workers.

“Deliveristas are out there doing the hard work, day in and day out, and are essential to New Yorkers’ way of life and to our city’s economy, and essential workers deserve essential services,” Mr. Adams said. “While most people have a break room to rest while at work, app-based food delivery workers do not.”

The mayor said the program was the first of its kind in the nation and will serve as a way to revitalize unused infrastructure.

Mr. Adams is trying to get New York City’s mojo back after a bruising pandemic.

He is pleading with workers to return to offices downtown and launched a blitz to clear out dormant indoor-dining shelters that became popular during the worst of the COVID-19 pandemic but are blocking street and sidewalk spaces.

His push to enliven the city has been challenged, however, by lingering concerns about crime.

Murders are down this year compared to last year, but other major categories are up, including a nearly 40% spike in robbery, according to New York Police Department statistics.