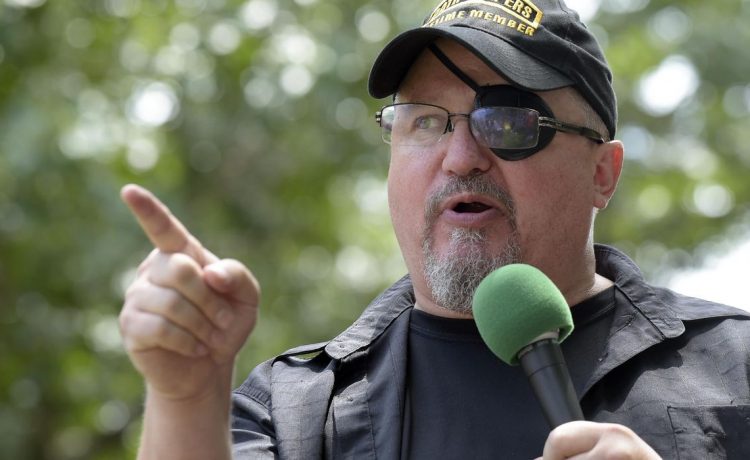 Among those most intently following the House Jan. 6 committee hearings is Stewart Rhodes, the jailed leader of the Oath Keepers militia group that was on the scene at the Capitol riot.

The former Army paratrooper and Yale law graduate turned militia leader now spends 22 hours a day in solitary confinement and has had little contact with the outside world since being jailed in January on charges of seditious conspiracy.

He has not been deprived, however, of the panel’s highly publicized hearings which echo in his otherwise spartan cell.

“I’ve watched or listened to all of them,” Mr. Rhodes told The Washington Times. “I have a radio. I can listen to C-SPAN radio and on occasion, I have been able to watch as well.”

There is little else to fill his day, most of which is spent in a 12-foot by 8-foot cell with gray walls and two window slits that offer a narrow view of the outside world.

The Democrat-led committee has so far held six hearings since it began rolling out its findings last month after nearly a yearlong investigation. In the seventh hearing set for Tuesday, Mr. Rhodes is expected to be a prominent figure as the panel of seven Democrats and two anti-Trump Republicans showcase the role of right-wing groups at the Capitol riot.

Committee aides said they will show during Tuesday’s hearing that the Oath Keepers were part of “an extremist coalition” involved in an “illegal pressure campaign to overturn the election.”

The Department of Justice has charged 11 members of the Oath Keepers with seditious conspiracy in connection with the Capitol riot. Prosecutors allege the group coordinated travel to Washington with the intent of interrupting the peaceful transfer of power following the November 2020 election.

The offense is akin to treason but a lesser charge. Treason is subject to the death penalty.

Members of the Oath Keepers attended the Capitol riot wearing military-style gear including tactical vests and helmets, according to charging documents.

Charging documents also allege that members of the group staged firearms on the outskirts of Washington in the lead-up to the events of Jan. 6, 2021. Federal prosecutors said the weapons were distributed among a “quick reaction force,” that was “prepared to rapidly transport firearms and other weapons into Washington” on the day of the riot.

Three members of the Oath Keepers have pleaded guilty to the charges.

Mr. Rhodes has pled not guilty. He says his group was in Washington on Jan. 6, 2021, to provide security for pro-Trump rallies scheduled throughout the day. He said he did not enter the Capitol or direct anyone in his group to enter the Capitol.

He said that although he did store weapons outside of Washington during his trip, he did not violate any laws in doing so.

Mr. Rhodes also stressed that he never had communications with then-President Trump or Trump associates.

He has little hope, though, that his side of the story will make it into Tuesday’s hearing.

After previously sitting for a virtual deposition in which he declined to answer a portion of the panel’s questions at the advice of his lawyer, Mr. Rhodes recently offered to testify under oath in a bid to get his side of the story in front of the public.

Mr. Rhodes’ lawyer, Phil Linder, on Monday said the committee had not agreed to the terms. The committee declined to comment on the matter.

“They’re going to do what they can to make us look as demonic as possible,” Mr. Rhodes said. “Totally out of context. They won’t talk about the fact that Oath Keepers always wear body armor, always wear helmets, always have hard knuckle gloves on.”

He accused the committee of carrying out Soviet-era “show trials” in search of a criminal indictment of former Mr. Trump.

Mr. Linder said those charged in connection with the riot are caught in the middle. The news media coverage of the trial is all but certain to influence the jury selected for Mr. Rhodes’ trial, he said.

“All they’re doing is assuring us we’re not going to get a fair trial,” Mr. Linder said.