The Great Days > News > Obama tells Democrats to lighten up on cancel culture: Don’t be a ‘buzzkill’
News

Obama tells Democrats to lighten up on cancel culture: Don’t be a ‘buzzkill’ 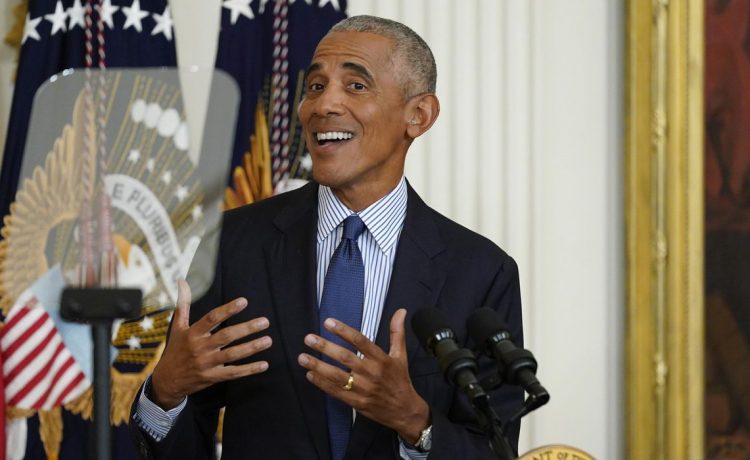 Conservatives have long had a problem with the left’s cancel culture, and it turns out they’re not the only ones.

Former President Barack Obama warned Democrats ahead of the midterm election that acting as the speech police for politically incorrect utterances won’t win the hearts and minds of Americans more interested in how politics affects their daily lives.

“How does politics, how is it even relevant to the things I care most deeply about? My family, my kids, work that gives me satisfaction. Having fun. Hell, not being a buzzkill, right? And sometimes Democrats are, right?” Mr. Obama, who remains one the country’s most popular Democratic political figures, said Saturday on the left-tilting “Pod Save America” podcast.

“Sometimes people just want to not feel as if they are walking on eggshells, and they want some acknowledgment that life is messy and that all of us, at any given moment, can say things the wrong way, make mistakes,” he said.

Democrats should frame their progressive stances on “basic equal treatment and fairness,” as opposed to focusing on certain demographic groups, he said during the hourlong discussion with the podcast’s hosts, including former Obama White House speechwriter Jon Favreau and senior adviser Dan Pfeiffer.

“Democrats can be [buzzkills], right? Sometimes people just want to not feel as if they are walking on eggshells… and that all of us at any given moment can say things the wrong way, make mistakes.”

Interview with @BarackObama out tonight on @SIRIUSXM and everywhere tomorrow. pic.twitter.com/xi65vTNWZH

“I think where we get into trouble sometimes is when we try to suggest that some groups are more – because they historically have been victimized more – that somehow they have a status that’s different than other people and that we’re going around scolding folks if they don’t use exactly the right phrase,” Mr. Obama said. “Or that identity politics becomes the principal lens through which we view our various political challenges.”

The problem with that approach is that it leaves some voters on the outside looking in, he said.

“And to me, I think that that for a lot of average folks ends up feeling as if, you’re not speaking to me and my concerns or for that matter my kids’ concerns and their future,” Mr. Obama said. “It feels like I’m being excluded from that conversation rather than brought into the conversation. So that’s something that we all have to be mindful of and cautious about.”