The Great Days > News > Obama to stump for Dems in Georgia, Michigan, Wisconsin as midterms draw near
News

Obama to stump for Dems in Georgia, Michigan, Wisconsin as midterms draw near 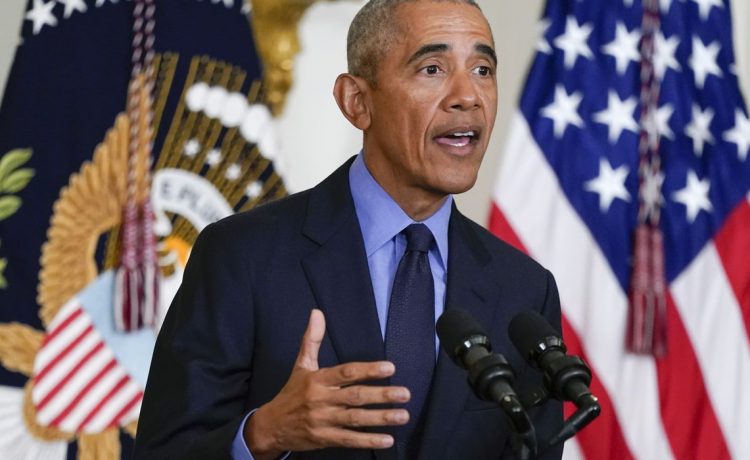 Former President Barack Obama will aim to give Democratic candidates a boost in critical swing states ahead of Election Day, which is less than a month away.

Mr. Obama will travel to Georgia, Michigan, and Wisconsin which all face key gubernatorial and Senate races that could tip power in the upper chamber for Democrats.

The former president will be in Atlanta on Oct. 28 to stump for gubernatorial candidate Stacey Abrams and Democratic Sen. Raphael Warnock, who is facing a challenge from Republican Herschel Walker.

The following day, he will head to Michigan to help Gov. Gretchen Whitmer in her reelection prospects and boost Wisconsin Lt. Gov. Mandela Barnes in Wisconsin, who is seeking to unseat GOP Sen. Ron Johnson.

Mr. Obama said Democrats should focus on highlighting their achievements, including the passing of a tax and climate bill aimed towards mitigating inflation and lowering health care costs. He also cited the major gun control legislation that passed Congress and was signed into law earlier this year.

“The great thing that I think we have going for us is that even with really slim majorities, what we’ve shown is that we can deliver,” Mr. Obama said in an interview this week on the liberal podcast, Pod Save America, which is hosted by his former White House aides.

Democrats are seeking to tout their actions while holding the White House and Congress in a year considered to be bullish for the GOP.

The party is seeking to capitalize on voter turnout and gain two seats in the Senate to break the 50-50 split. They also have an opportunity to flip a statehouse in Michigan.