Overnight, traders pressed the Bank of Japan again on its Yield Curve Control (YCC). Japanese Government Bonds (JGBs) traded up to 55bps, exceeding the 50bps YCC. This prompted the Bank of Japan (BoJ) to intervene and hammer the rate back down to 50bps.

At the same time 10-Year JGB swaps traded up to 1%. The widening of this spread is an indication that the market is failing to believe the BoJ’s statements about holding the YCC at 50bps.

The defense of the YCC is causing the BoJ to increase its bond purchases in an effort to hold the line. This is where much confusion comes into play. Why would the BoJ be tightening policy by letting rates rise and the follow-on effect of the currency rising, while loosening monetary conditions by buying bonds? 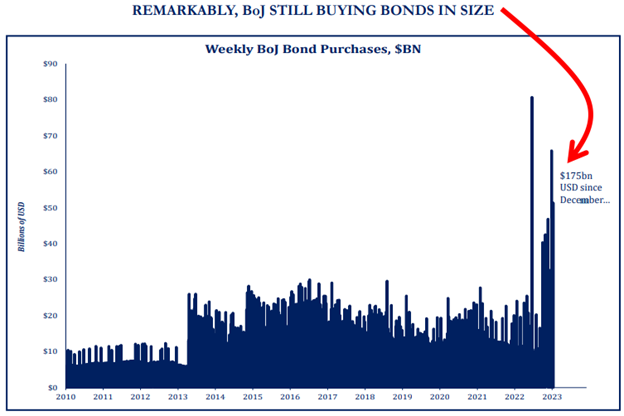 These bond purchases are also leading to an expansion of the BoJ’s balance sheet, a stimulative measure. 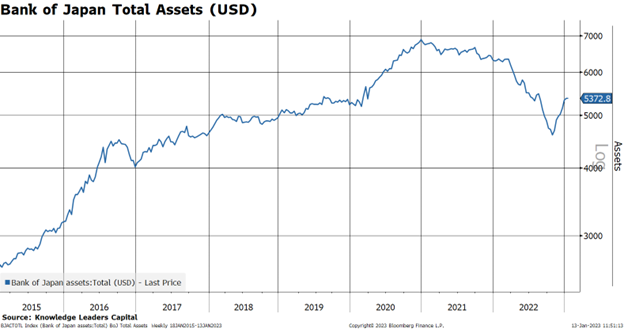 This caused the JPY to spike overnight to new recent highs. It broke through 128, up from 134 just seven days ago. 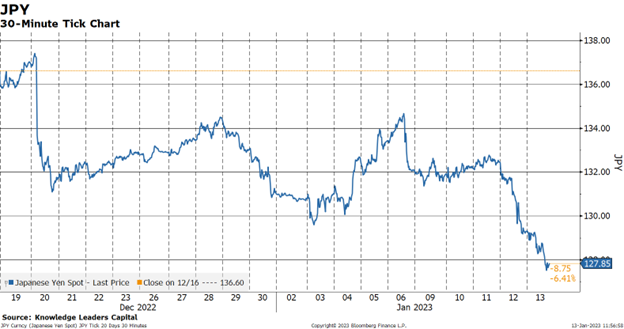 Japan is slowly reacting to the rising inflation it is experiencing. Even in Japan, inflation is way above target and compared to the US, it does not look like it is rolling over in any meaningful way. It actually appears that inflation is gaining momentum in Japan. 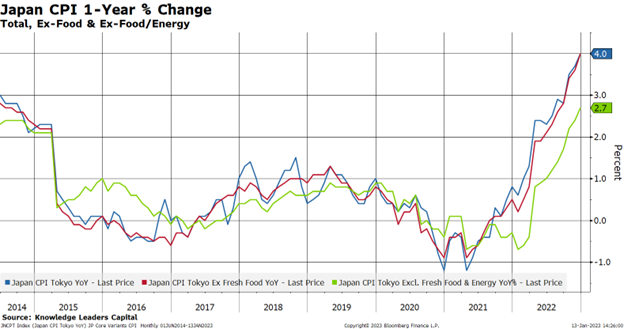 Now the BoJ has to decide whether maintaining the internal price of money is worth the currency depreciation that accompanies it. Japan is largely devoid of natural resources, importing its food, energy, metals, consumer goods, industrial goods and services. So perhaps the BoJ has decided that surging import prices bleeding into consumer prices went a little too far. In the chart below, I show the year-over-year change in Japan’s import price index alongside the JPY. The JPY peaked on 10/20/22, perhaps betting YCC would be tweaked in December, and with this the import price index inflected. Had the JPY fallen to say 175, imagine how high the import price index would go? 75% year-over-year? 100%? 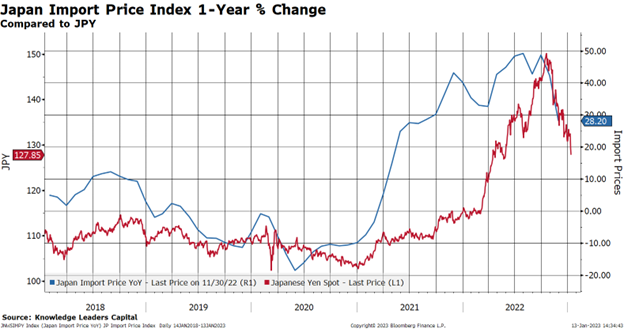 We are thinking more and more that the YCC as a whole may get scraped in the not-too-distant future. Just today, the FT ran a story “Bank of Japan under pressure over next move as bond yields and yen surge,” writing, “For Kuroda, next week’s monetary policy meeting will be the second to last before he steps down in April. That has fueled speculation that we will end the YCC framework to smooth the transition to his successor.” 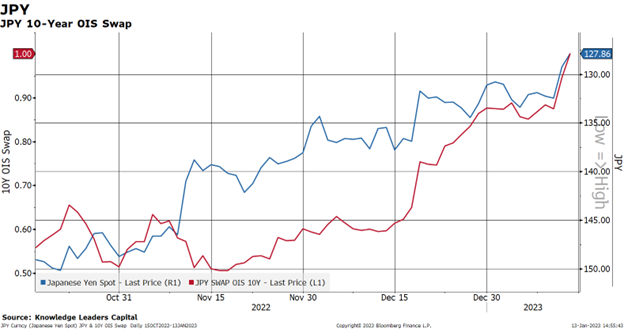 As the largest creditor nation in the world, a surging currency and rising JGB rates will likely draw exported capital home and cause some real pain to any carry-trader who has been free-riding on the delayed reaction of the BoJ to the global inflation surge. 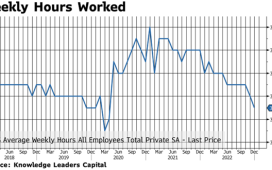 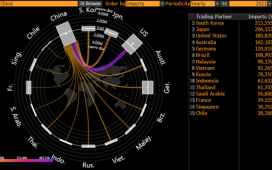 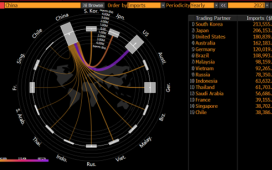 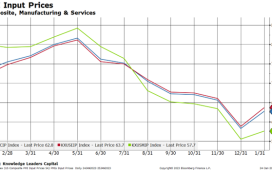 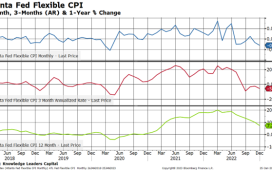 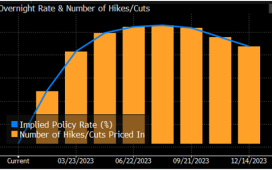