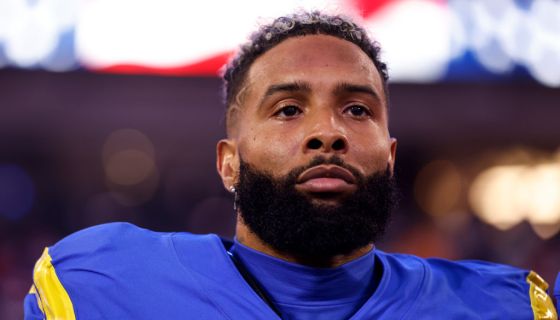 Odell Beckham Jr. sues Nike claiming the brand is withholding payments for upwards of $20M over his custom gear. 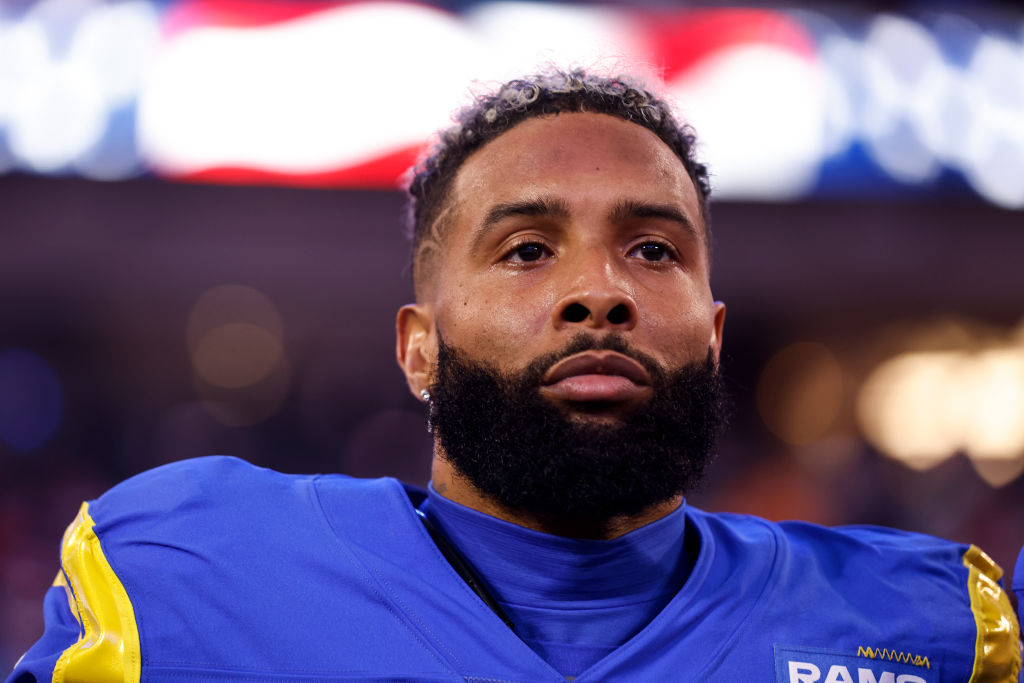 By the end of the month, Odell Beckham Jr. plans to sign a new deal for what he wants to be his new home. No more living out of a suitcase and going from team to team. His Rams return seems unlikely after the team reportedly lowballed him on offers to return. This after he was the difference maker in their Super Bowl victory earlier this year. A surprising part of Odell’s return is his decision to sue his long-time partner Nike.

According to TMZ, Odell Beckham Jr. thinks Nike is withholding $20M and “inventing” ways to not pay him. In the lawsuit, it is revealed Odell wanted to join Adidas in 2017. Nike exercising their right to match the Adidas offer prevented the switch. Things turned sour after his March 2022 payment for $2.6M was missing $2M without a reason. After doing his due diligence Odell learned it was withheld due to him customizing his Nike gear. Nike claims he committed footwear and glove violations when he customized his equipment. OBJ is known to customize his gear and make it more luxurious. Furthermore, he claims he had to because Nike wouldn’t give him cleats to match his Rams uniform. OBJ released a statement on the situation and you can feel the disappointment with the situation throughout the statement.

“Being a Nike Athlete and Brand Icon was a dream I’ve had since being a young boy. I wanted to be the next Michael Jordan, Bo Jackson, LeBron James or Kobe Bryant in the Nike Family.”

“When Nike exercised its right of first refusal to match the Adidas offer and not only kept me as a Nike Athlete but also made me one of their Brand Icons – my dream had been fulfilled.”

“Unfortunately, Nike did not honor its commitments. Throughout our partnership, I have kept my promise and fulfilled my obligations to the brand. I am extremely disappointed that I’ve had to take these measures to ensure Nike fulfills their obligations and promises.” OBJ continued “Today, I’m taking a stand not just for me, but to set a precedent for all athletes who have dedicated their lives to the sport they love – especially those who don’t have the means to stand up for themselves. We are held responsible for fulfilling our obligations under our contracts, but we also have to hold powerful companies like Nike accountable for honoring their commitments too.”

“I look forward to resolving this issue and hope we can start a real conversation about protecting athletes and their rights. This happens too often in the sports industry and it’s time for change.”

“As this is now a legal matter, please refer any questions to my attorney, Daniel Davillier.”

Odell believes the manufactured penalties are Nike’s way of trying to make him sign a less lucrative deal. He claims they’ve finessed him out of $20M and wants his money. Will be interesting to see how his goes and the impact it will have on the Shoe Surgeon who makes most of his custom gear.

Odell believes Nike manufactured the penalties as a way to finesse him into a less lucrative deal with them.
All in all, Odell says the fine print screwed him out of over $20 million … and now he’s suing to collect.