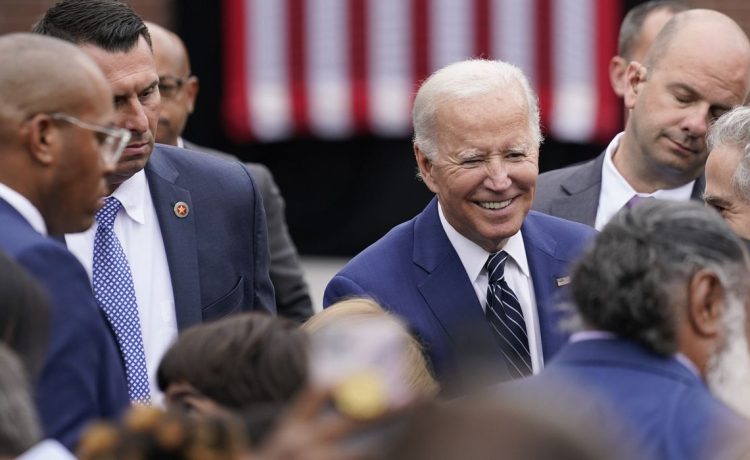 President Biden got caught in an uncomfortable encounter with a young girl where he appeared to grab her shoulder and whisper “no serious guys until you’re 30” in her ear.

Mr. Biden said he wanted to give the teenager advice he gave his daughter and granddaughters. The girl, who appeared to look surprised by the comment, replied: “I’ll keep that in mind.”

(You can see the exchange HERE)

“President Joe Biden grabs a young girl by the shoulder and tells her ‘no serious guys ‘till you’re 30’ as she looks back appearing uncomfortable. Secret Service appears to try to stop me from filming it after Biden spoke at Irvine Valley Community College,” tweeted Kalen D’Almeida, a reporter for the conservative organization Turning Point USA-affiliated Frontlines show.

The encounter occurred at a community college in Irvine, California, where he appeared to discuss his administration’s plans to bring down inflation costs.

The moment appeared to garner responses on social media that attacked Mr. Biden as “creepy” and compared the moment to previous instances where he appeared to be touching women or young girls on the shoulder or sitting closely to them.

During past events, Mr. Biden made remarks about young women’s appearances and how they may look when they’re older.

“I’m coming back and I want to see these beautiful young ladies. I want to see them dancing when they are four years older too,” he told a group of young female dancers in Florida last year.

“Dear [FLOTUS], why do you keep allowing this to happen?” he tweeted. “Tell Joe Biden to keep his hands off kids. Tell your husband to stop whispering in kids’ ears. Especially about sexual attraction. This isn’t cue. It’s not endearing. It’s horrifyingly creepy. Make it stop.”