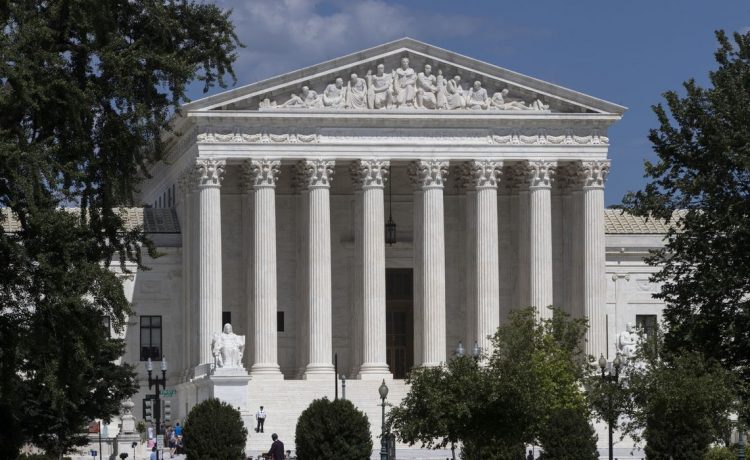 An Ohio man is suing his local police department after he was arrested and jailed for poking fun at them on Facebook, asking the Supreme Court to rule that his First Amendment rights trump qualified immunity for law enforcement.

In 2016, Anthony Novak created a Facebook parody page of the Parma, Ohio, Police Department. The page looked nearly identical to the police department’s real Facebook page, but it did not have the verified blue check mark.

In a series of about a half dozen posts, Mr. Novak suggested the department was racist and lacked compassion. He took the account down after it was online for only about 12 hours because the police threatened an investigation during a news interview. The department said people were confusing the posts with real law enforcement information.

“Nearly a month after Novak had deleted the parody account, police arrested him, searched his apartment, seized his phone and laptop, and jailed him for four days,” read his court papers, which were filed this week at the high court.

He was charged with violating an Ohio law making it a felony to “interrupt” or “disrupt” law enforcement using a computer. Mr. Novak, though, was found not guilty by a jury.

After being cleared of criminal wrongdoing at his trial, Mr. Novak sued the city claiming its police department upended his First and Fourth Amendment rights.

But the lower courts ruled the officers were protected by qualified immunity, a doctrine that protects government workers from facing civil liability when acting in the course of their duties.

“I sued to hold the police accountable for violating my rights, but also to make sure this doesn’t happen to anyone else,” Mr. Novak said. “My Facebook page was obviously a joke, but the criticism was serious. I hope the Supreme Court will take my case and put other police forces on notice by making it clear that what happened to me was wrong.”

The city of Parma has until Oct. 28 to respond to Mr. Novak’s appeal to the Supreme Court, according to the docket.

It takes four justices to vote in favor of granting review in a case for oral arguments to be scheduled.

Mr. Novak’s attorneys are also representing a Louisiana man suing his local police sheriff after he was charged for violating an anti-terrorism law when he posted a joke online in 2020 comparing the COVID-19 pandemic to a zombie outbreak. Similarly, a lower court granted that officer qualified immunity.

“If the police can use their authority to arrest their critics, everyone’s rights are at risk,” said Caroline Grace Brothers, an attorney with the Institute for Justice, which is representing both Mr. Novak and the Louisiana man. “Criticizing or making fun of the police on the internet is no different than doing so in books, pamphlets or the public square. Getting arrested for a humorous Facebook post is no joke.”

The attorneys want the high court to review the doctrine of qualified immunity altogether, limiting its scope.

A spokesperson for the city of Parma did not immediately respond to a request for comment about Mr. Novak’s appeal.

In a court filing this summer with the high court, the city argued the lower court was correct in granting the officers qualified immunity against Mr. Novak’s lawsuit.

“This Court has repeatedly affirmed that the doctrine of qualified immunity shields officers from civil liability so long as their conduct ‘does not violate clearly established statutory or constitutional rights of which a reasonable person would have known,’” wrote the attorneys for the city.