The Great Days > News > On a new map, Pennsylvania elects most diverse assembly ever
News

On a new map, Pennsylvania elects most diverse assembly ever 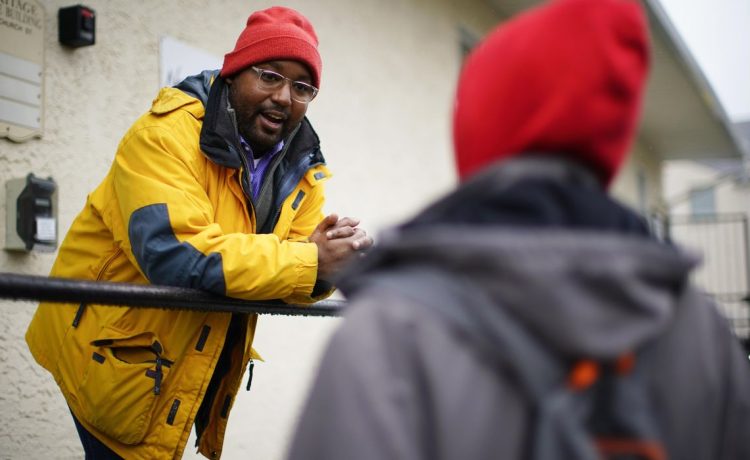 HARRISBURG, Pa. (AP) — When mapmakers reimagined the boundaries of Pennsylvania’s 253 legislative districts, they did it with an eye on the state’s growing racial and ethnic minorities, and officials say that has helped yield the most diverse incoming class of lawmakers yet.

The number of state lawmakers who are Black, Latino or of South Asian descent will rise as part of what House Democrats call the “most diverse class of freshmen legislators” in Pennsylvania history after candidates ran in this year’s election in the newly drawn map of districts.

Pennsylvania’s Legislature will remain disproportionately white, like nearly every other state’s, according to data from the National Conference of State Legislatures last gathered in 2020.

But, in Pennsylvania, the once-a-decade process of redrawing district boundaries to reflect demographic trends may have had a greater impact than anywhere else on diversifying the racial and ethnic makeup of the legislature.

“I think that having a fair map made it possible for a more fair expression of the will of the people,” said state Sen. Sharif Street, the state Democratic Party chair.

The state’s newly elected minority lawmakers are all Democrats, further deepening the disparity with Republicans who have long attracted fewer candidates or voters of color in Pennsylvania and elsewhere.

The proportion of Black lawmakers is now slightly outpacing that of Black residents in Pennsylvania, with both around 11%, even after the departure for higher offices of two Black lawmakers, Summer Lee and Austin Davis.

The election, however, was mixed for Latinos: Their rapid population growth over the past decade in Pennsylvania – and several new districts designed to boost their electoral strength – did not translate into significant electoral gains in the Legislature.

There, the number of Latinos will rise from four to five, or just 2% in a state where Latinos make up 8% of Pennsylvania’s 13 million residents. Proportional representation would be more like 20 seats.

The last two maps of House and Senate districts had favored Republicans.

This time around, two particular aspects drove the discussion : the growth of the general population in liberal-leaning southeastern Pennsylvania and the growth of an underrepresented Latino population.

For one, Pennsylvania was just one of four states that would have lost population over the past decade if not for Hispanic population gains, according to 2020 census figures.

For another, cities with big Hispanic populations – such as Reading and Lancaster – had been packed into a single House district.

But, on the House map, the court-appointed chairman of the Legislative Reapportionment Commission, former Pitt chancellor Mark Nordenberg , moved districts across the state from low-growth to high-growth areas, added districts to cities with big Hispanic populations and drew seven incumbent-free districts that represent relatively large populations of minorities.

All told, minority candidates won in new districts drawn into the cities of Philadelphia, Norristown, Reading, Lancaster and Harrisburg, as well as suburban districts outside Harrisburg and Pittsburgh that became friendlier to Democrats.

Those victories also helped Democrats wipe out an entrenched Republican House majority , giving the party 102 of 203 seats and the majority for the first time since 2008’s election.

One of the successful candidates, Greg Scott, who is Black, said he hopes to make laws that address failings – a need for bail reform and more funding for substance abuse, among them – that he discovered as a district judge in Norristown.

“This is the first time someone from our community will represent it in the Legislature,” Scott said, calling that step “incredibly important.”

Still, Latino candidates did not find much success in four House districts and one Senate district that had been drawn to boost the strength of the Latino electorate. Each district was without an incumbent running for re-election and each included a significant Latino population.

In the end, just one was won by a Latino: Johanny Cepeda-Freytiz, Reading’s City Council president who won a district that took in parts of the majority Hispanic city.

That has left advocates in the Latino community considering what happened.

Will Gonzalez, executive director of Ceiba, a non-profit organization in Philadelphia that promotes the economic good of the Latino community, took the long view.

The map wasn’t perfect, but at least he and other Latino advocates had input into the process, Gonzalez said.

Plus, the demographics are favorable: school districts in Reading, Allentown, Lebanon, Hazleton, York and Bethlehem have big populations of Latino students who will be old enough to vote soon, he said.

The challenge, he said, is improving civic engagement and voter literacy to ensure that Cepeda-Freytiz’s election is not the last by a Latino candidate.