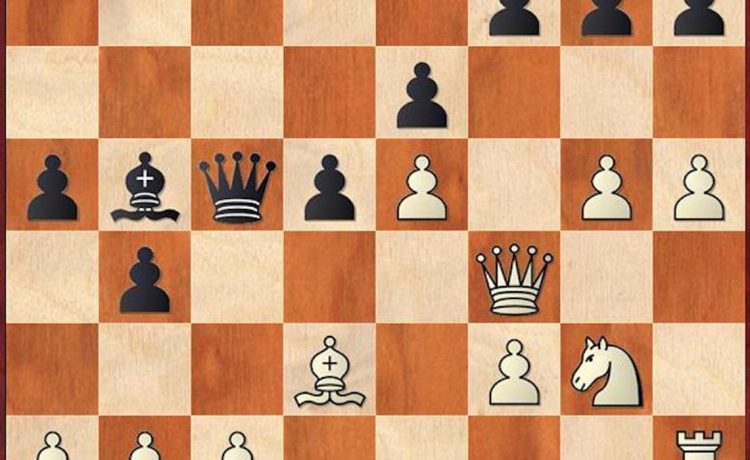 It’s the equivalent of the Grand Slam or Triple Crown of chess, and Magnus Carlsen has just done it for a hard-to-believe third time.

The Norwegian superstar, who is voluntarily ceding his classical world title this year, last week captured both the World Rapid and World Blitz championships in Almaty, Kazakhstan. China’s GM Tan Zhongyi won the women’s rapid title on tiebreaks over IM Dinara Saduakassova of Kazakhstan, and fellow Kazakh IM Bibisara Assaubayeva delighted the hometown crowd by winning the women’s blitz title for the second year in a row.

Even though playing chess at very different time controls requires very different skills, this is the third time in less than a decade that Carlsen has worn all three belts simultaneously.

Even as he relinquishes his classical crown, Carlsen is playing some of the best chess of an already storied career, a clear cut above his peers and the rising generation of stars seeking to dethrone the king.

That was evident in his critical last-round rapid win in Altmaty over young Iranian GM Parham Maghsoodloo, the 2018 world junior champion. In a tense Richter-Rauzer Sicilian with pawn storms looming on both sides of the board, the Norwegian champ combines timely defense with calculated aggression to mate his young opponent in under 30 moves.

Seizing the initiative is key at faster time controls, but Carlsen as White takes time to shore up his own position before launching the winning attack on 14. Ne2 a5 (the pawn storms build with the kings on opposite wings, but Black will trail in the race as he struggles to get a second rook into the action) 15. Ng3 Qc7 16. Be3 Rc8 17. Rh2! — the engines aren’t keen on this move, preferring the immediate 17. Ba6, but for the human player the small rook lift provides psychological comfort, defending the c2-square from Black tactical tricks while clearing the way for White’s other rook to shift to the h-file.

Asked afterward when he would allow someone else to wear a crown once in a while, Carlsen replied, “I’ll stop when somebody stops me.”

Maghsoodloo’s Iranian compatriot IM Sarasadat Khademalsharieh, widely known on the circuit as Sara Khadem, made headlines of her own in Kazakhstan, playing without the mandatory headscarf required of Iranian women players. She revealed after the event that she and her film director husband, Ardeshir Ahmadi, would be moving to Spain rather than return home to face the theocratic authorities in Tehran, according to Spanish press accounts.

Playing top-level chess is stressful enough, so playing it when your homeland is roiled by popular protests sparked by the unpopular headscarf mandate must be close to unendurable. Still, Khadem scored a respectable 6-5 in the women’s rapid championship, helped by strong performances such as her win over English WIM Yao Lan.

Black in this Rubinstein Nimzo-Indian line typically cedes White an imposing but immobile pawn center, but must quickly hit back at that center or risk being swept off the board.