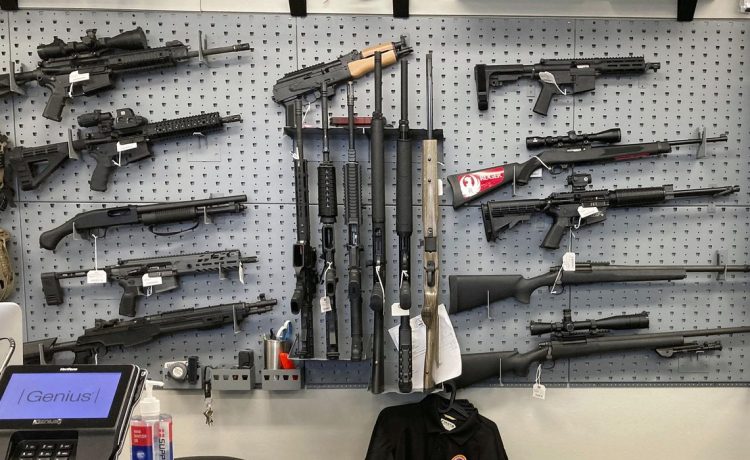 PORTLAND, Ore. — A ruling by a state court judge placed Oregon’s tough new gun law on hold late Tuesday, just hours after a federal court judge allowed the ban on the sale and transfer of high-capacity magazines to take effect this week.

The ruling by Harney County Judge Robert Raschio threw the implementation of Measure 114 into limbo and Oregon Attorney General Ellen Rosenblum said in a Twitter thread that her office will seek emergency action by the Oregon Supreme Court.

Rosenblum will file an immediate appeal with the state’s high court seeking to “align the result in our state courts with the federal court’s well-reasoned and thoughtful decision,” the statement said. That filing is likely to come Wednesday morning.

“It’s been a busy day for Measure 114, Oregon’s new gun safety law, which is supposed to go into effect Thursday. A federal and a state judge both issued rulings today,” Rosenblum’s Twitter thread said. “As of now, the law cannot go into effect on Thursday.”

The lawsuit in Harney County, filed by Gun Owners of America Inc. and the Gun Owners Foundation, sought to have the entire law placed on hold while its constitutionality is decided. The state lawsuit makes the claims under the Oregon Constitution, however, not the U.S. Constitution. That means Raschio’s ruling is binding in the entire state for now.

Earlier Tuesday, a federal judge in Portland delivered an initial victory to proponents of the sweeping gun-control measure approved by Oregon voters. U.S. District Judge Karin Immergut allowed the ban on the sale and transfer of new high-capacity magazines to take effect Thursday while giving law enforcement more time to set up a system for permits that will now be required to buy or transfer a gun.

Immergut granted a 30-day delay before the permit-to-purchase mandate takes effect, but did not quash it entirely as gun rights advocates had wanted.