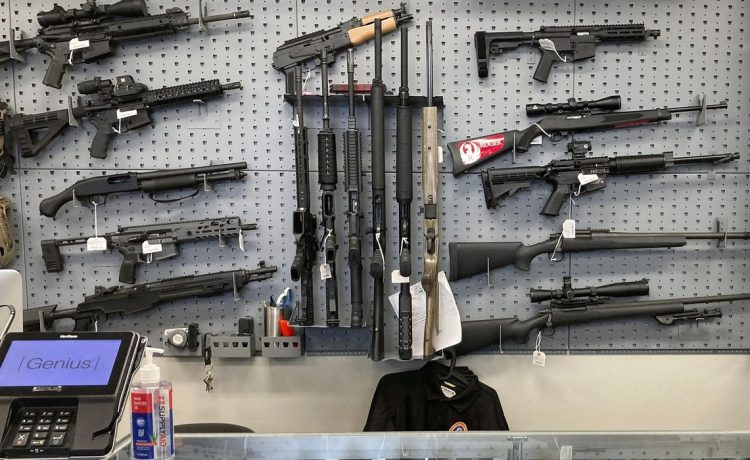 PORTLAND, Ore. — An Oregon judge handed guns rights advocates a victory Thursday and placed a new, voter-approved ban on high-capacity magazines on hold until questions about its constitutionality can be decided.

Harney County Judge Robert Raschio released the written ruling after a lengthy court hearing earlier this week in which attorneys for gun rights groups sought a preliminary injunction to stop the narrowly passed ban on magazines of more than 10 rounds.

The ruling followed ones Raschio made Tuesday that temporarily blocked a permit-to-purchase provision of Measure 114 and another part of the law that would prevent the sale of a gun until the results of a background check come back. Under current federal law, a gun sale can proceed by default if the background check takes longer than three business days – the so-called Charleston loophole, because it allowed the assailant to purchase the gun used in a 2015 South Carolina mass shooting.

The lawsuit in Harney County, filed by Gun Owners of America Inc., the Gun Owners Foundation and several individual gun owners, seeks to have the entire law placed on hold while its constitutionality is decided. The state lawsuit specifically makes the claims under the Oregon Constitution, not the U.S. Constitution.

Measure 114 requires a permit, criminal background check, fingerprinting and hands-on training course for new firearms buyers. It also bans the sale, transfer or import of gun magazines over 10 rounds unless they are owned by law enforcement or a military member or were owned before the measure’s passage. Those who already own high-capacity magazines can only possess them in their homes or use them at a firing range, in shooting competitions or for hunting as allowed by state law after the measure takes effect.

Gun sales and requests for background checks soared in the weeks since the measure was approved because of fears the new law would prevent or significantly delay the purchase of new firearms under the permitting system.

Multiple gun rights groups, local sheriffs and gun store owners have sued, saying the law violates Americans’ constitutional right to bear arms. All of those lawsuits were filed in federal courts except for the one in Harney County.

A federal judge in Portland hearing a different challenge to the law under the U.S. Constitution on Dec. 6 delivered an initial victory to proponents of the sweeping gun-control measure that passed in the Nov. 8 midterms.

In that ruling, U.S. District Judge Karin Immergut allowed the ban on the sale and transfer of new high-capacity magazines to take effect. She also granted a 30-day delay before the law’s permit-to-purchase mandate takes effect, but did not quash it entirely as gun rights advocates had wanted.

But Raschio’s subsequent ruling the same day threw the law into limbo: Because that lawsuit challenged Measure 114 under the Oregon Constitution, it held precedence in the state, legal experts said.