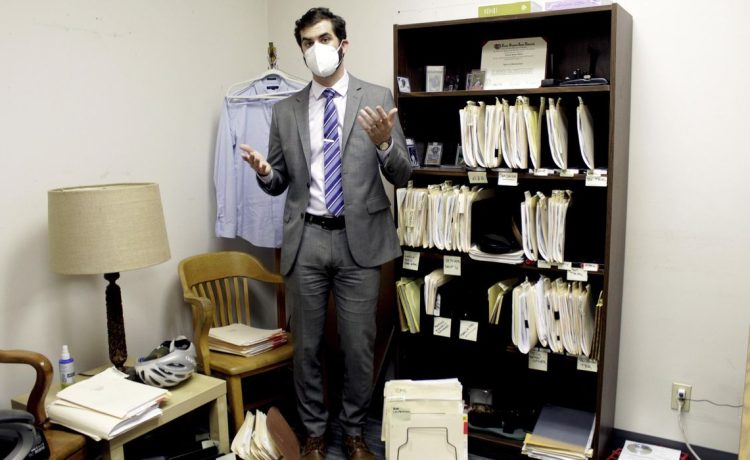 PORTLAND, Ore. — District attorneys in Oregon are once again sounding the alarm over the state’s critical shortage of court-provided attorneys for low-income defendants. The lack of public defenders has strained the criminal justice system and left more than 700 people statewide without legal representation.

Judges in Multnomah County, which is home to Portland, have dismissed nearly 300 cases this year due to a lack of defense attorneys able to handle cases. The county’s top prosecutor, Mike Schmidt, said that the shortage poses “ an urgent threat to public safety ” and released a tally this week of dismissed cases. He pledged to release new numbers each week to draw attention to the crisis.

“Months into this crisis, many are still waiting for their day in court while others have seen their cases dismissed altogether,” said Schmidt, a progressive prosecutor who was elected in 2020 on a platform of criminal justice reforms. “This sends a message to crime victims in our community that justice is unavailable and their harm will go unaddressed. It also sends a message to individuals who have committed a crime that there is no accountability while burning through scarce police and prosecutor resources.”

The statement reflects an increasingly popular tactic used by prosecutors in Oregon. Powerless to fix the problem on their own, they have tried to force the state’s hand. Earlier this month, Washington County District Attorney Kevin Barton said that his office would seek a court order requiring the state’s public defense agency to appoint its own staff attorneys to represent defendants if no other attorneys were available.

The head of Oregon’s public defenders’ office said that she would work with Schmidt “to address this systemic access to justice emergency.”

As of Wednesday, statewide there were 763 low-income defendants who lack legal representation, according to the state Judicial Department.

The Oregon Legislature is set to tackle the issue when the next session begins in January. A working group that includes lawmakers has been meeting for months and considering major reforms that could overhaul the system. One proposal would reassign the Office of Public Defense Services from the Judicial Department, where it’s currently housed, to the governor’s office, in response to criticism of conflicts of interest.

Oregon’s system for providing attorneys to criminal defendants who can’t afford them has shown cracks for years, but case backlogs have significantly worsened since the coronavirus pandemic. The public defender shortage has overwhelmed the courts, frustrated defendants and impacted crime victims, who experts say experience more trauma when cases are dismissed or take longer to be resolved.

The state has been sued twice this year for allegedly violating defendants’ constitutional rights to legal counsel and a speedy trial. While the original lawsuit was dismissed, a similar second suit was filed in Multnomah County Circuit Court last month.

An American Bar Association report released in January found that Oregon has only 31% of the public defenders it needs to run effectively. Every existing attorney would have to work more than 26 hours a day during the work week to cover the caseload, the report said.

Oregon’s public defense system is unique in that it’s the only one in the country to rely entirely on contractors. Cases are doled out to either large nonprofit defense firms, small cooperating groups of private defense attorneys that contract for cases or independent attorneys who can take cases at will.

The public defender shortage is “the predictable end result” of the unique contracting system, said Jon Mosher, deputy director of the Sixth Amendment Center. According to Mosher, the contracting and subcontracting of public defense services makes it difficult for the state to track which attorneys are assigned to which cases.

“You’re being asked as a public defender to be a lawyer, a social worker, a counselor, an investigator,” said Carl Macpherson, executive director of Metropolitan Public Defender, a large nonprofit public defender firm in Portland. “The criminal legal system doesn’t help people with severe issues. It’s a short-term punitive response to a bigger issue.”

Macpherson said that the crisis extends beyond the public defense system and includes “multiple system failures.”

“It doesn’t just affect the individuals that are without representation,” he said, before mentioning victims of crime, prosecutors, police and the public. “It affects everyone.”