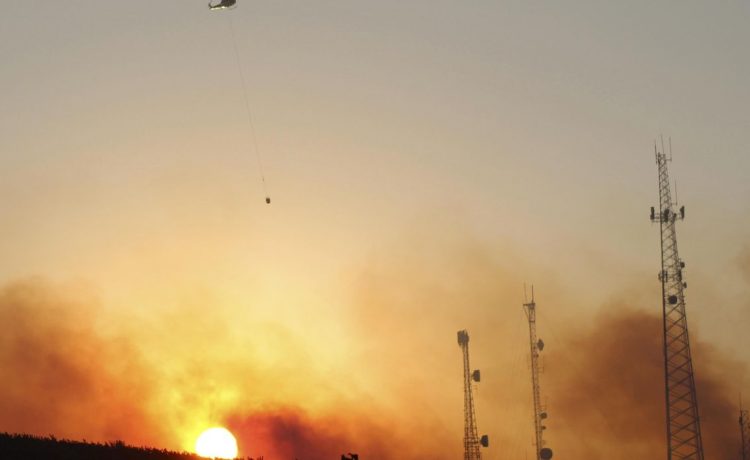 OLYMPIA, Wash. (AP)—  Campers at a state park in Oregon had to evacuate after a wildfire ignited and thousands in the state remained without power Saturday after utilities did targeted shutoffs in an effort to lessen the danger in dry and windy conditions.

Late Friday night, the Clackamas County Sheriff’s Office announced the evacuation order from Milo McIver State Park, which is about 24 miles (38.6 kilometers) southeast of Portland. Early Saturday morning, residents in several communities west of the park were told to be ready to evacuate.

In hopes of lessening the risk of more fires, Portland General Electric initially halted power to about 30,000 customers in 12 service areas but that number increased to more than 37,000 by Saturday. Pacific Power shut down service to more than 7,000 customers in a small community on the Pacific Coast, where a wildfire burned two years ago, and in pockets southeast of the state capitol of Salem. The number of Pacific Power customers without service increased to 12,000 on Saturday.

There were 18 large fires burning in Oregon and Washington, according to the Northwest Interagency Coordination Center. The blazes are among more than 90 active fires across the country, including in Montana, California and Idaho, the National Interagency Fire Center said. Scientists say climate change has made the West warmer and drier over the last three decades and will continue to make weather more extreme and wildfires more frequent and destructive.

The Van Meter Fire, which started Wednesday, is burning on Stukel Mountain about 13 miles (21 kilometers) southeast of Klamath Falls. One home and four structures have been destroyed and about 260 structures are threatened by that blaze, officials said.

In Washington state, the Goat Rocks Fire, south of Mount Rainier National Park, was started by lightning and has led to the closure of U.S. Highway 12 and the evacuation of neighborhoods east of the city of Packwood. Evacuations were also issued for several communities in Cowlitz County in response to the Kalama fire in Gifford Pinchot National Forest southwest of Mount St. Helens.

Another mountain pass on U.S. Highway 2 was closed Saturday due to the Bolt Creek Fire, which sparked evacuations and was dropping ash in Everett and blowing smoke into the suburbs of Seattle.