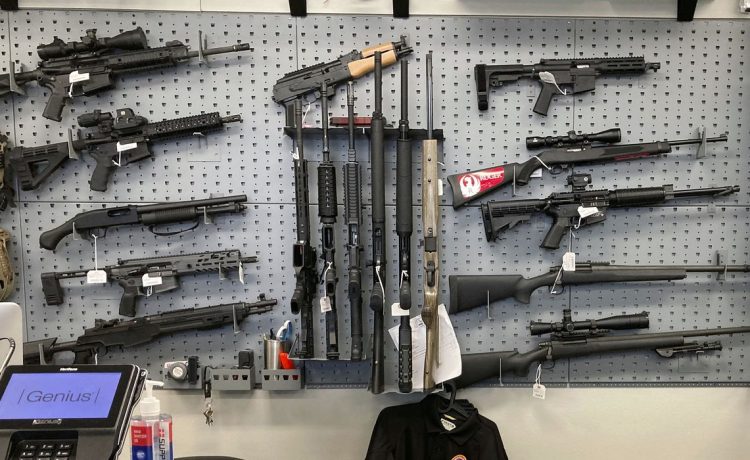 Oregon has seen an enormous spike in gun sales over the past month as the state prepares for tight new gun regulations that are set to take effect Thursday.

Oregon State Police (OSP) said last week that the state’s Firearms Instant Check System “has experienced unprecedented volumes of firearms transactions never seen before in the program’s 26-year history” as residents rush to get their hands guns before a stringent permit-to-purchase system goes live on Dec. 8.

The average daily number of background checks went from 900 to 3,355 since voters narrowly approved Measure 114 with 50.7% of the vote last month, according to Oregon Public Broadcasting. Background checks are used to gauge the number of guns in the state since firearm sales aren’t tracked in Oregon.

The new law will require residents to pay for a $65 permit from their local law enforcement office that involves fingerprinting and training before being able to purchase a gun, and it also bans the sale of magazines that hold more than 10 rounds of ammunition. Each gun purchase will also require a new background check and each permit must be renewed every five years.

People who have purchased a gun but are still awaiting their background check approval come Thursday will need to submit a permit application in order to complete their transaction, according to state police.

But OSP admitted that they have yet to develop a program or implement technology for the new system in the month they were given to do so, meaning permit applications will be handled with a manual paper process until then.

“If there is not an injunction before the morning of [Dec. 8], that will mean there will be no gun sales on the eighth to Oregonians,” Northwest Armory owner Karl Durkheimer told the network.

Mr. Durkmeier told Fox News that he expected gun sales to be put on hold for the next year while the state works to get its system up and running.