Our Three Favorite Corvettes for Sale at Corvette Mike in November 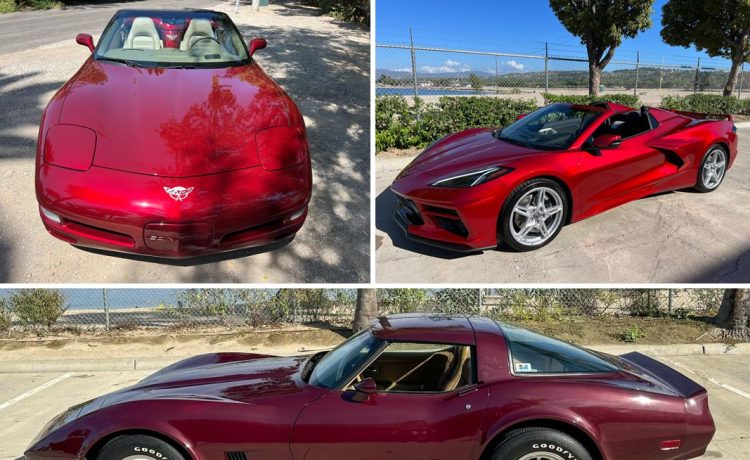 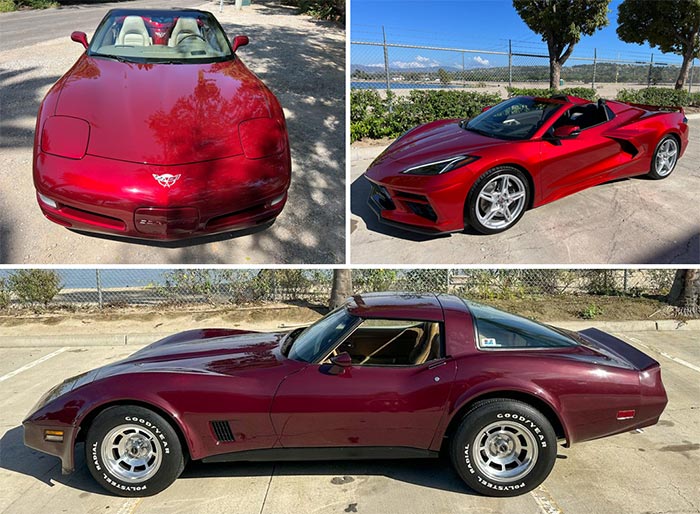 If November is the month to give thanks, we can imagine the huge number of customers who are thankful for Corvette Mike and all the great cars that have been sold through the Anaheim dealership over the last 40 years. There’s no better job in the automotive world than making Corvette Dreams come true! Now it can be your turn to finally own that Corvette you’ve always wanted to have. From the classic lines of the C1 to today’s most advanced Corvette ever, the mid-engine C8, Corvette Mike likely has what you’re looking for!

We’ve taken a cruise through Corvette Mike’s online inventory and have come up with our three favorites this month. Corvette Mike only purchases the highest quality pre-owned Corvettes for resale from private owners. If you have a low-mileage or rare Corvette that you are ready to part with, contact Corvette Mike and let them know what you got! 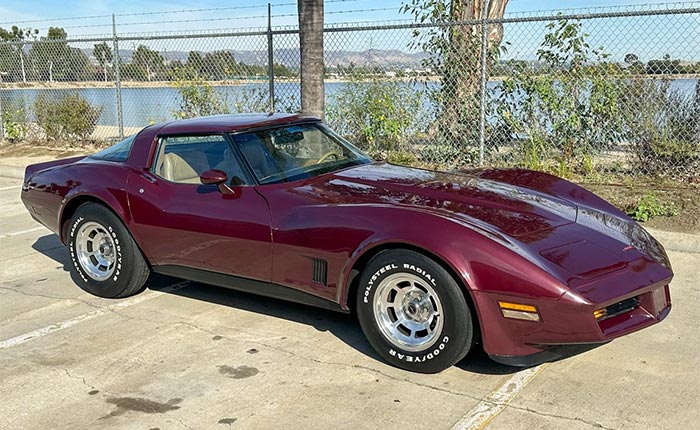 The 1981 Corvette model year was a year of transition for America’s favorite sports car. The Corvette was wrapping up its long tenure of producing cars in St. Louis as production had also started at a new state-of-the-art facility in Bowling Green, KY. It was the first and only year that Corvettes were made in two different assembly plants simultaneously. 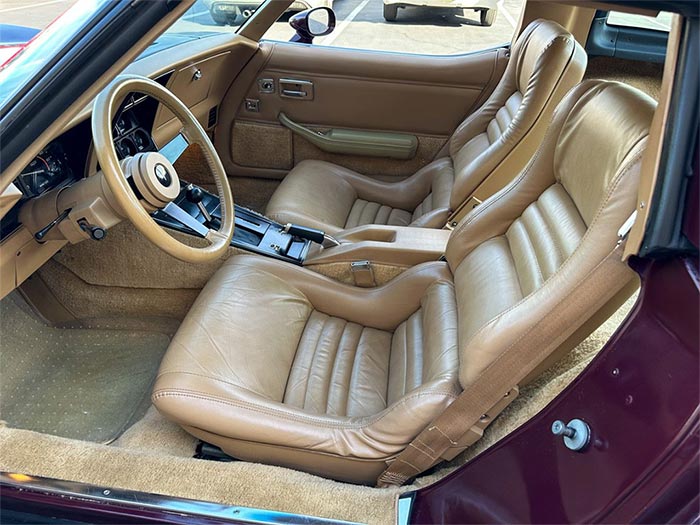 Chevrolet offered just one engine during the model year, the L81 350 ci rated at 190 hp and customers could choose either a 3-speed auto transmission or a 4-speed manual. Chevy engineers continued to refine the car even with the C4 on the horizon. The changes were mostly focused on weight savings which included magnesium valve covers, a fiberglass reinforced mono-leaf rear spring for auto transmission cars, and tubular stainless steel exhaust systems. 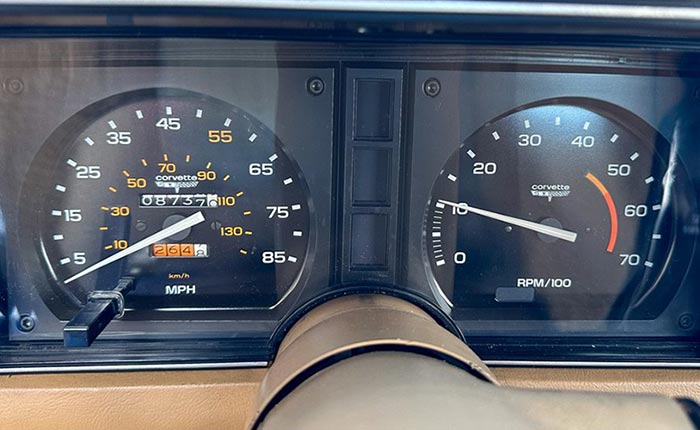 This 1981 Corvette has been judged and has numerous awards, including an NCRS National Top Flight (98.6 score), and the prestigious NCRS 4-Star Bowtie Award. This survivor comes with the original owner’s kit with original keys with knock-outs, paperwork, service receipts, and owner history. Don’t miss out on this time capsule ’81 Corvette. Offered at Corvette Mike for $39,900. 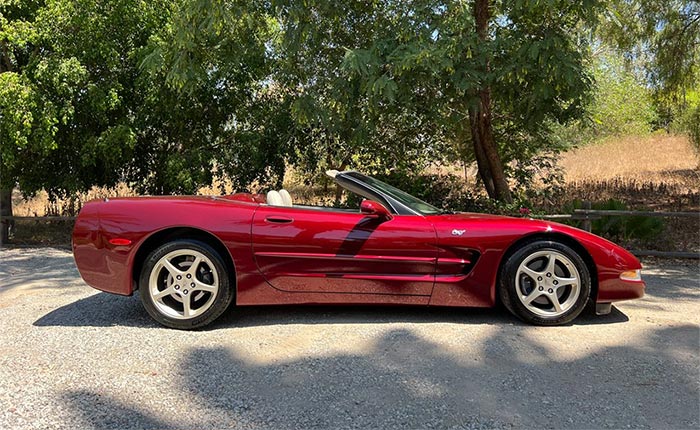 Not many automobiles have the distinction of being continuously produced for 50 years, but the Chevrolet Corvette reached that milestone with the 2003 model year. To celebrate, General Motors through a huge two-day party in Nashville featuring car displays, parades, technical seminars, and racing exhibits. A Corvette Caravan brought enthusiasts from across the country, and rock band ZZ Top was the headlining entertainment. 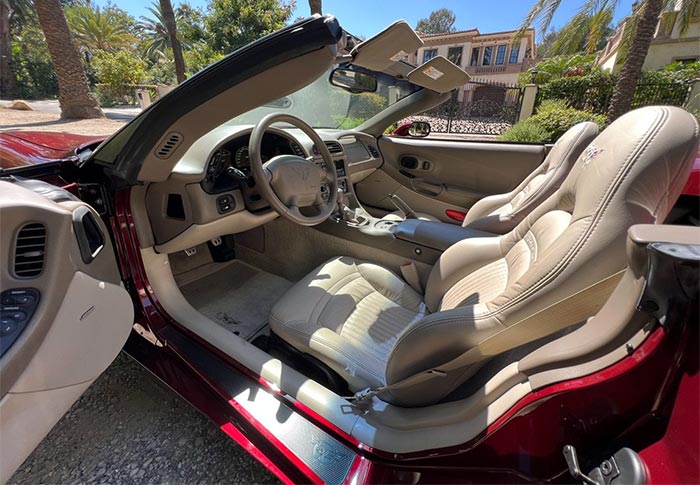 Corvette Mike is offering a 2003 50th Anniversary Corvette Convertible with only 3,200 original miles. Powered by the 350-hp LS1 engine, the 50th Edition has the desirable 6-speed manual transmission. Like all 50th Anniversary cars, this one is loaded with the Bose stereo, automatic climate control, body side moldings, and CD changer. Add all that up, and you’ve got the perfect Corvette for a long cruise down the Pacific Coast Highway. Offered for $42,900. 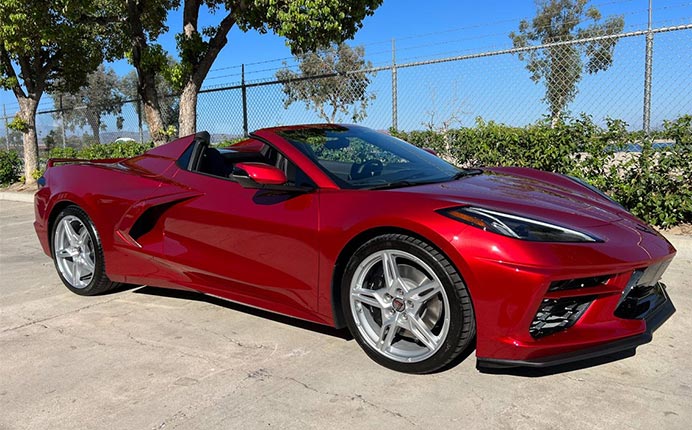 Not only is the 2023 Corvette model year the fourth year of production for the mid-engine C8 Corvette Stingray, it also marks the Corvette’s 70th Anniversary. While Chevrolet offered a specific 70th Anniversary Package, the automaker allows every model to get in on the celebration with a 70th Anniversary badge on the car’s interior. 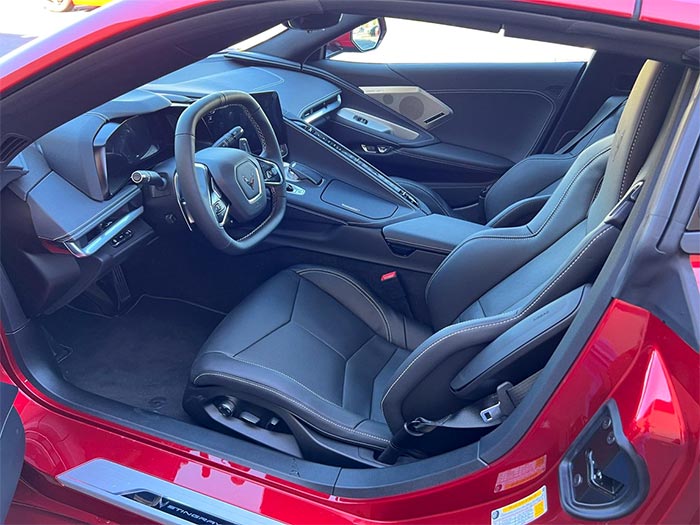 But perhaps the most popular feature going on the new C8 Corvettes is the hardtop convertible. Sales of the Convertible Corvette models hit 48% in 2022, and they haven’t been this strong since the 1969 Corvette. Today’s droptop is much different than the manual canvas tops of yesteryear as it features a six-motor system that can raise or lower the top in just 16 seconds and at speeds of up to 30 mph. You can also use the keyfob to raise or lower the top as well. 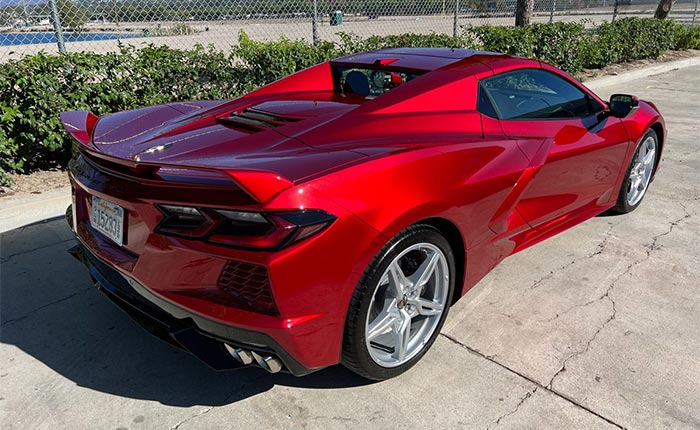 This Red Mist 2023 Corvette Stingray Convertible just arrived to the Anaheim dealership and it shows only 105 delivery miles on the odometer. It features a 2LT trim package, Front Lift, and the coveted Z51 Performance Package with its larger brakes and cooling, Michelin PS4 performance tires, and the NPP Performance Exhaust System. Body-color trim and the Silver five-open-spoke aluminum wheels with black Z51 calipers complete the look. 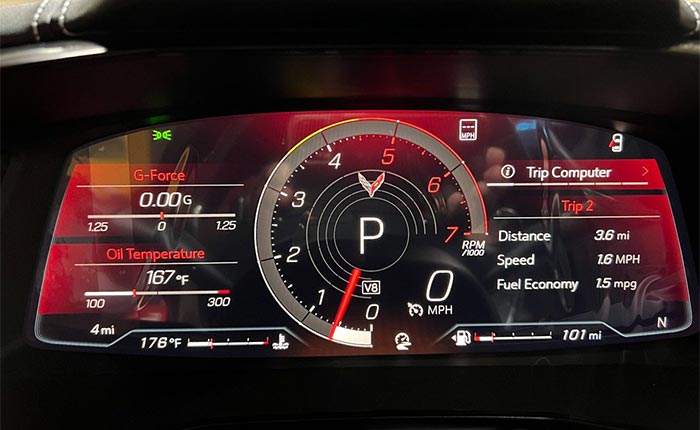 Inside the Convertible is a Jet Black interior with GT1 seats. You get all the goodies with the 2LT package, including the upgraded 14-speaker Bose Premium audio system, HUD, Performance Data Recorder, and all the safety features, including rear cross-traffic alert and side blind spot alert. Offered for $115,000.

To learn more about these three highly collectible Corvettes for sale or to view the other collector Corvettes offered by Corvette Mike, visit them online at CorvetteMike.com or give Tim a call at 714-630-0700 and let him know you found these great Corvettes here on CorvetteBlogger.com!