Our Three Favorite Corvettes For Sale from Corvette Mike this August 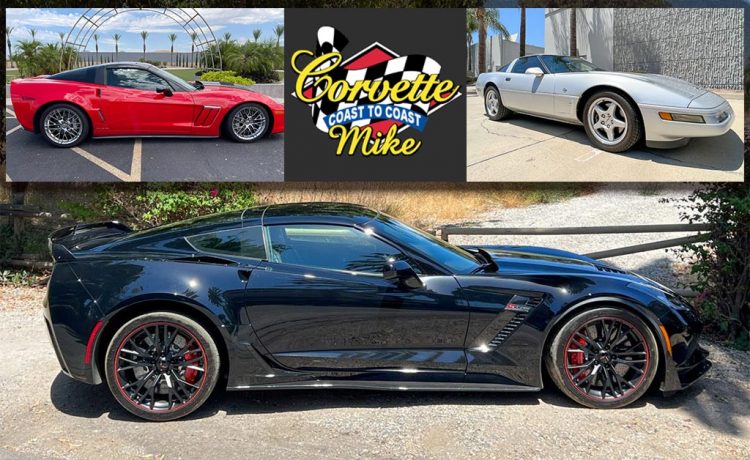 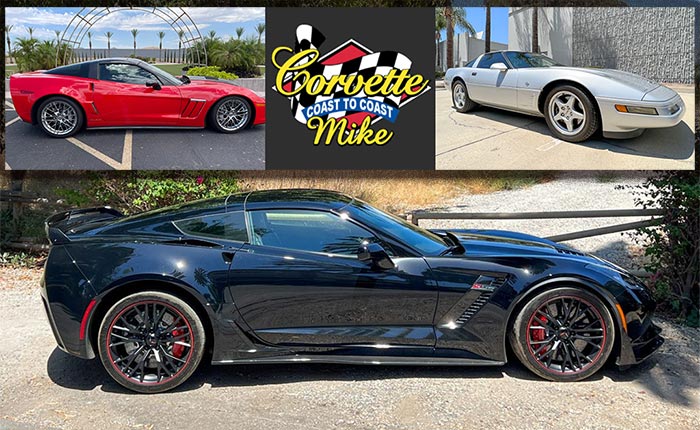 It’s time again to catch up with our friends at Corvette Mike to check out a few of the outstanding Corvettes they currently have waiting for your purchase. Corvette Mike’s inventory is a diverse cross-section of the marque’s 70-year history. Just look at the three early Corvettes we featured last month and compare those with the three later-model cars we have for you this month.

The team at Corvette Mike has been buying, selling, and consigning Corvettes for 40 years now. Over that timeframe, they’ve helped countless enthusiasts find that special Corvette of their dreams. Whether you’re looking for a meticulously restored C1 or a factory-fresh C8 Stingray, Corvette Mike likely has what you’re looking for. Check out their online inventory or give them a call at 714-630-0700.

Our August feature cars chime in at the top of their respective food chains. The 1996 LT-4 Collector Edition Coupe features the top-of-the-line drivetrain available in the C4’s final year. The 2010 Callaway SC606 represents what a next-level C6 Grand Sport could be while the 2017 Z06/Z07 coupe was the top-dog C7 Corvette until the ZR1 arrived two years later. 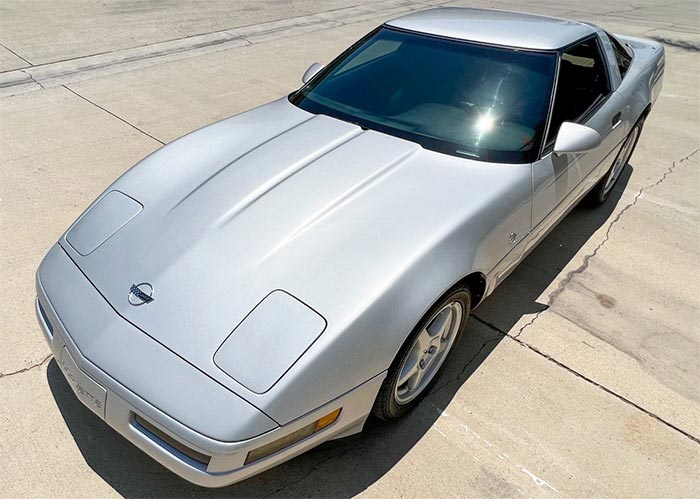 The 1996 model year was the end of the road for the venerable C4 generation. The platform would run 12 model years before the revolutionary C5 hit the market in 1997. After the ZR1 left the mix in 1995, Corvette needed something special to put a bow on the C4. Enter the Grand Sport and its limited run of 1,000 units and the Collector Edition, of which 5,412 were made. 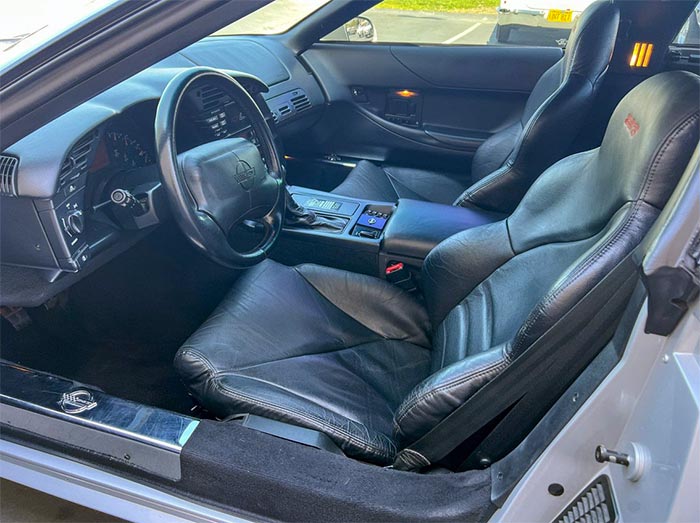 The 1996 Collector Editions were available in coupe or convertible form. All were painted Sebring Silver and buyers had their choice of black, gray, or red interiors. The package also included chrome Collector Edition emblems, ZR-1 style wheels, sport seats with CE headrest embroidery, and a Delco/Bose Gold Series radio. Drivetrain choices consisted of the 300hp LT1 with an automatic transmission, or the one-year-only 330hp LT4 coupled to a mandatory 6-speed manual transmission. 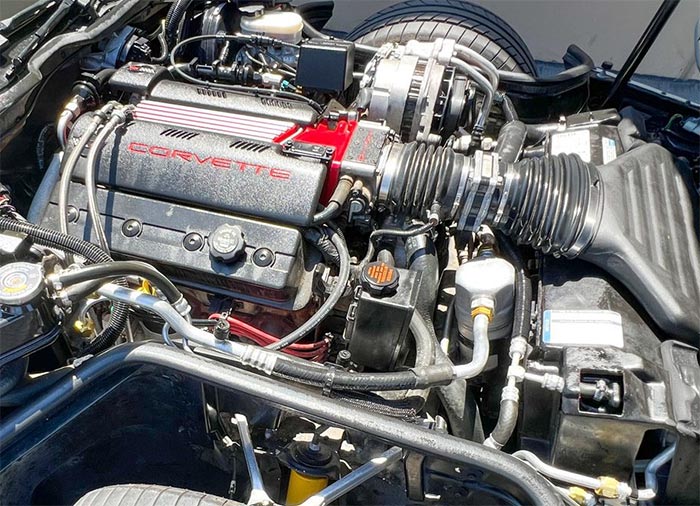 Our feature 1996 Collector Edition is one of the 751 LT4 coupes built with black interior. The odometer shows 39,000 miles. The Sebring Silver paint looks to be in good shape and an LT4 badge has been added to the rear bumper. The black leather interior shows some usual light wear and some popular aftermarket additions to the driver info center and center console. The LT4 engine presents as you’d expect a 39k mile to do. The red plenum signifies that you’ve more than the average 1996 Corvette here. Overall, this looks to be a great Corvette for anyone to hop in and take a cruise. 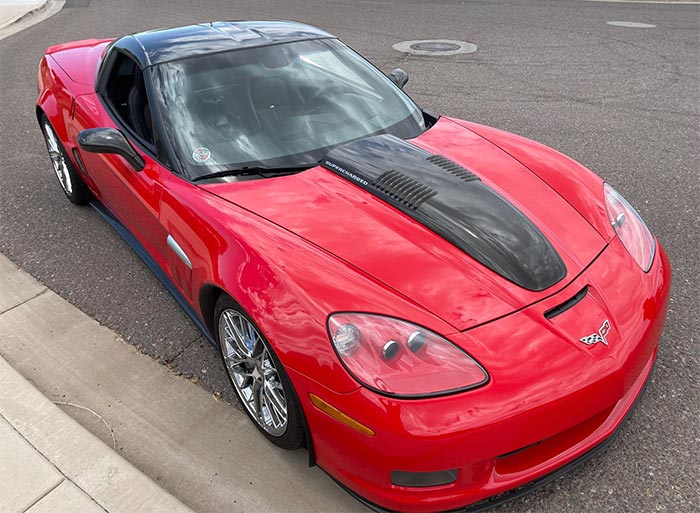 2010 was roughly the midpoint in the 6th generation of Corvette production. The product portfolio was full with the base Corvette, the Z06, and the still-new 638hp ZR1. Buyers lined up for miles to grab one of those early ZR1’s. If you couldn’t snag one, the crew at Callaway Cars in Old Lyme, Connecticut had just the thing to scratch your supercharged itch. 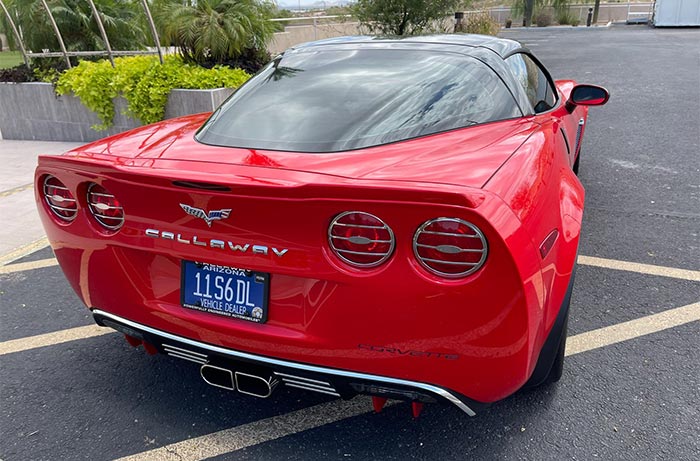 This Torch Red Grand Sport was sold new in North Carolina and later given the SC606 treatment by Callaway Cars. There, the stock 430hp LS3 was supplemented with a supercharger, intercooler, larger fuel injectors, Double-D exhaust, and a Honker intake system. All that adds up to 606hp. A 6-speed manual transmission routes the power out back. 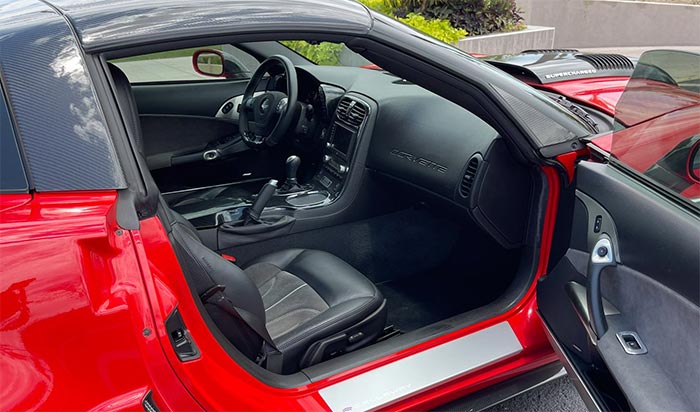 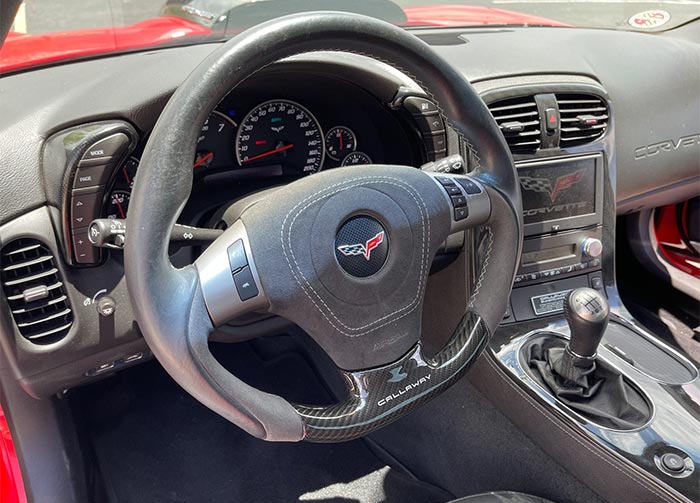 Documentation includes the Callaway Certificate of Authenticity, the window stickers, and an accident-free Carfax report. The odometer reads 11,000 miles and Corvette Mike transparently notes that the Carfax does indicate a potential odometer rollback and offers this explanation “The Carfax report lists the aforementioned potential odometer rollback in 2015, which occurred when the miles were entered incorrectly at an inspection station.” 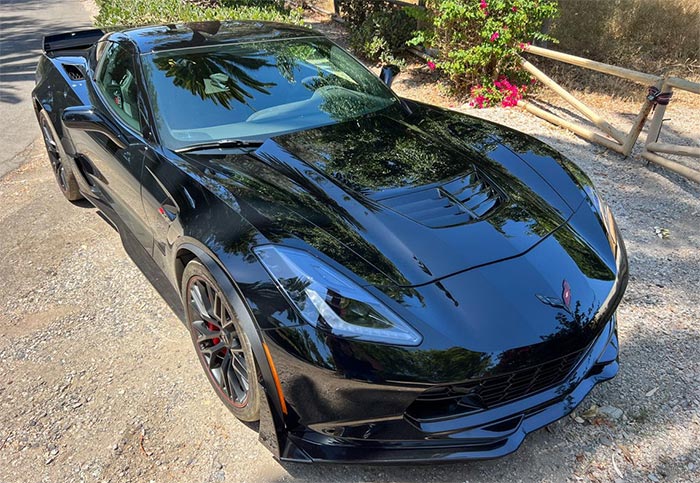 The C7 Z06 debuted in 2015 sporting a supercharged LT4 pounding out 650hp, nearly 200 more horsepower than the base LT1 Corvettes. It would reign as the top-dog C7 until the 1-year only ZR1 showed up for the 2019 model year. 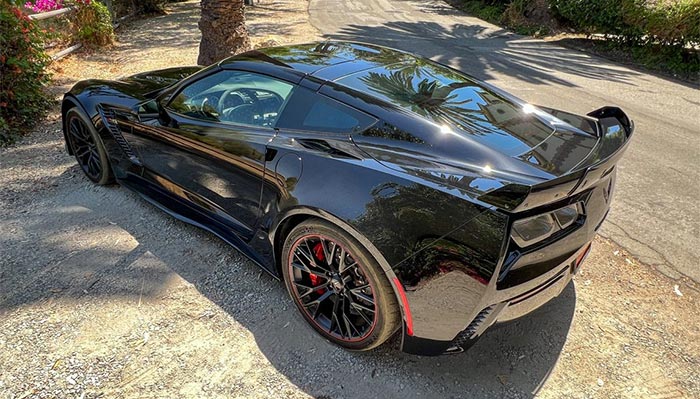 A total of 6,197 Z06 coupes were produced in 2017. Of those, just 2,057 had the track-ready Z07 package underneath. RPO Z07 added Brembo ceramic brakes, Michelin PS Cup tires, and the stiffer ZO7 suspension. A Z06/Z07 equipped Corvette was the best performing Corvette you could get at the time. 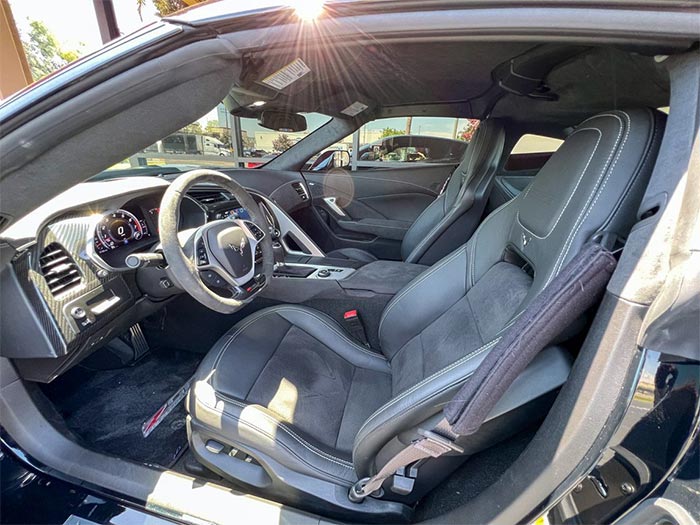 Our example here is a 1-owner car with a clean Carfax that’s been driven only 5,000 miles since new. In addition to the LT4 and 8-speed automatic transmission, the sinister black on black Z06 is very well equipped with the 3LZ package, Black Suede Design Package, and Carbon Fiber Package among other goodies. 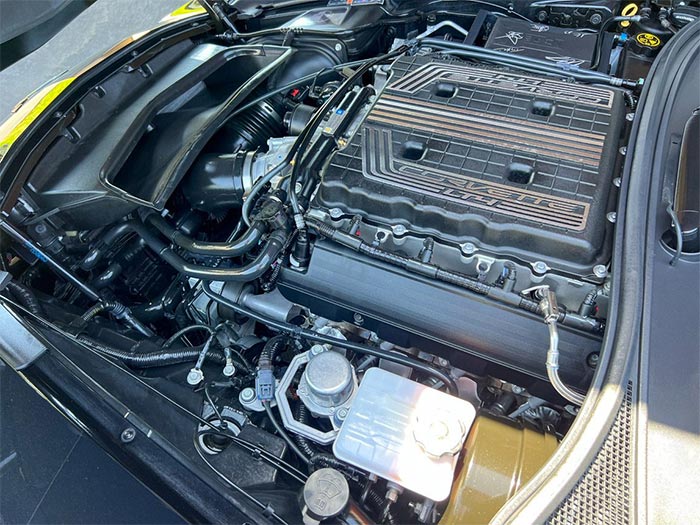 The 2017 Corvette Z06 has spent its whole life in southern California. Scrolling through the photos, you can see that this car remains virtually as-new. The sale includes all the original books, brochures, and both key fobs.

To learn more about these three highly collectible Corvettes for sale or to view the other collector Corvettes offered by Corvette Mike, visit them online at CorvetteMike.com or give Tim a call at 714-630-0700 and let them know you found these Corvettes on CorvetteBlogger.com!