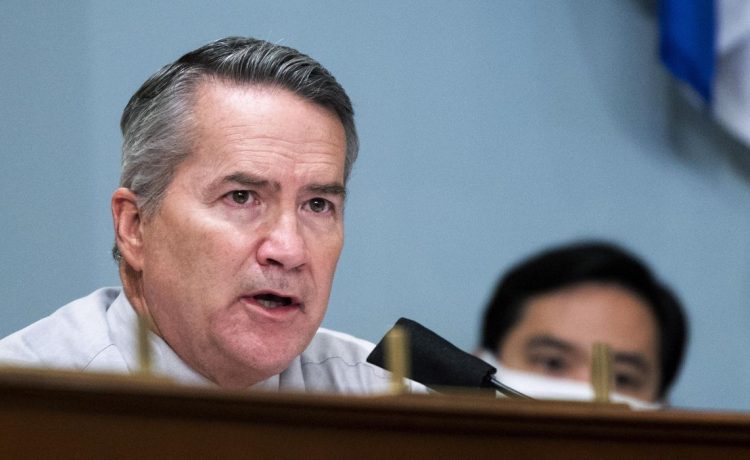 Mr. Hice, a former Southern Baptist pastor in Georgia before serving in Congress, said in an interview he was “extremely honored and excited to be able to join the FRC team starting in January.”

The four-term House member mounted an unsuccessful bid for Georgia’s Secretary of State position. Despite an endorsement by former President Donald Trump, he lost the May primary to incumbent Brad Raffensperger, who won reelection in November.

Mr. Hice is looking forward, and said the nation needs to refocus on its founding values.

“I believe we are in many ways in the fight of our life for our country, morally, spiritually, as well as the obvious areas, economically and politically,” Mr. Hice said. “That spiritual aspect has never left me and there is no organization that I know of that has the impeccable reputation of Family Research Council and Tony Perkins, both on Capitol Hill and among the evangelical community nationwide.”

The group said Mr. Hice, 62, will help connect with the more than 40,000 pastors and churches that work with the FRC, as well as serve as a substitute host on “Washington Watch with Tony Perkins,” a program that airs on nearly 800 Christian radio stations and several Christian TV channels.

In a statement, Mr. Perkins said Mr. Hice “understands the calling that pastors have to be salt and light in the public policy arena and will help us reach pastors with the tools and resources they need to engage. His lifetime of ministry both in the church and then on Capitol Hill, combined with his passion for faith, family and freedom, will greatly enhance FRC’s effectiveness and impact in Washington and beyond.”

Asked why he didn’t take the more popular route of congressional veterans and move into lobbying, Mr. Hice said, “I’m on a personal mission, [and] not just out for a job. The FRC just fits my passion and the mission that I’m on as an individual to help make a difference in our country.”

He said churches and their members “certainly need to be more active” in politics.

“As Christians, we have a biblical mandate to be salt and light,” Mr. Hice said. “I think it’s critically important that we step up to the plate as believers and engage, from local politics to state to federal, to be involved in our schools. Just being present is extremely important these days.”

Mr. Hice, who served on the House Oversight Committee throughout his time in Congress, predicted that in the Republican-controlled chamber “we’re certainly going to see some investigations that have been pushed on the sidelines” taking a more prominent role.

He said that a Democratic Senate means “moving the needle … will continue to be an exceedingly difficult challenge,” adding that he hopes “we can at least see a slowing down” of the Democrats’ agenda.

“It’s not the stopping of the current direction that we’re headed, that the vast majority of Americans feel like we’re going in the wrong direction,” he said.