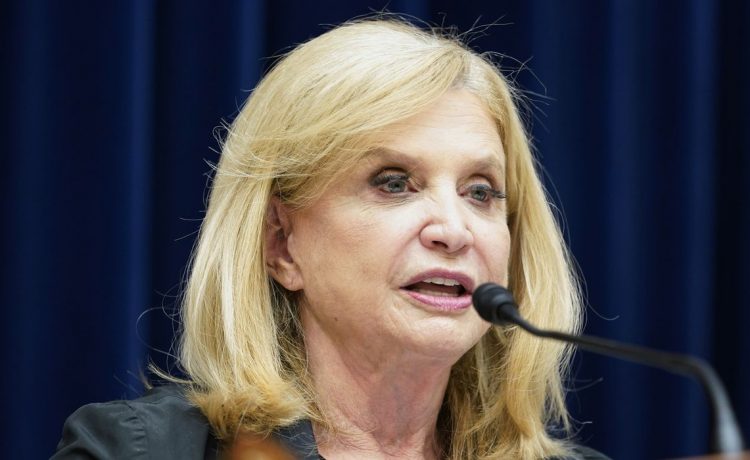 Rep. Carolyn Maloney is under investigation by the House Ethics Committee for requesting tickets to the swanky Met Gala in 2016, a move that potentially runs afoul of chamber rules and federal law.

The panel revealed that the outgoing member, whose three-decade tenure will soon come to an end after losing her primary to House Judiciary Committee Chairman Jerrold Nadler following redistricting, solicited the event tickets after not receiving an invite. She is currently the chair of the House Committee on Oversight and Reform.

The Office of Congressional Ethics wrote to the House Ethics Committee in June that “there is substantial reason to believe that she solicited or accepted impermissible gifts associated with her attendance at the Met Gala.” The committee, which revealed the details of the investigation this week, said it was extending its probe but that it “does not itself indicate that any violation has occurred.”

Mrs. Maloney’s attorney wrote to the panel in July denying any wrongdoing, saying that her attendance was “appropriate” and that she “complied with all applicable House gift rules, laws, and regulations.”

Internal emails released by the committee showed that Mrs. Maloney directly and indirectly asked for an invite to the star-studded charity event that runs $35,000 per ticket.

Since 2003, the powerful New York Democrat has secured millions in federal funding for the Met. She ultimately went in 2016 and the years that followed after her outreach efforts.

Lawmakers are not allowed to request free access to such events but are permitted to attend if invited.

“I received a call this past week from Carolyn. She is unhappy to say the least that she is not receiving an invitation to the Party of the Year,” Emily Rafferty, former president of the Met, wrote in an April 2016 email to the then-director and CEO of the museum. “She went on about how much she does for the Met, always responsive when you call, and proactive re the institute’s concerns in DC. She has been coming to the party for years, and it is the one thing she cares about.”