The Great Days > News > Over 5,700 flight delays and over 2,000 cancellations as winter storms blast America
News

Over 5,700 flight delays and over 2,000 cancellations as winter storms blast America 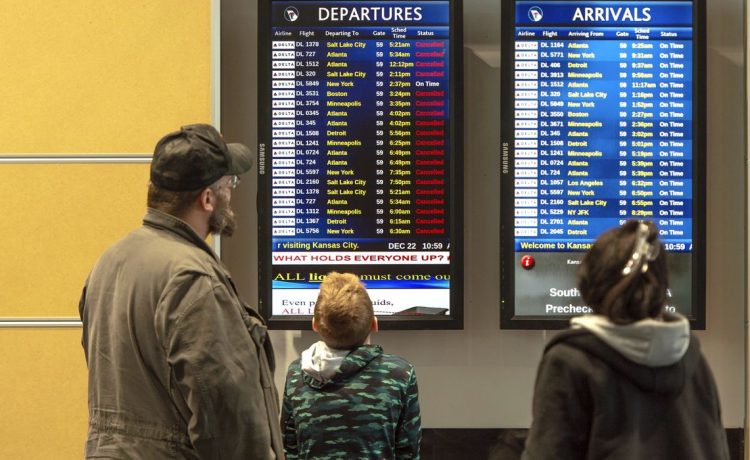 Winter storms blasting America have caused chaos at the nation’s airports in the midst of the holiday travel season.

As of 3:30 p.m. EST Thursday, there had been 5,778 delays and 2,137 cancellations, according to flight tracker FlightAware.com.

Southwest Airlines was the most affected U.S. air carrier, with 832 flights canceled, 20% of its total for Thursday, and 1037 flights delayed, another 25% of their planned flights for Thursday.