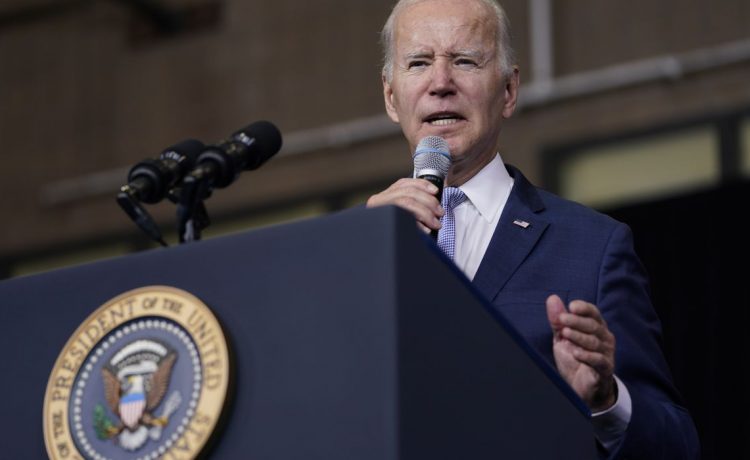 Another offhand comment from President Biden has landed him in hot water overseas, as officials in Pakistan summoned the U.S. ambassador over the weekend to explain why Mr. Biden considers their country “one of the most dangerous in the world.”

Mr. Biden, speaking at a private Democratic Party reception in California on Thursday, was trying to highlight his long experience in foreign policy in the Senate and the executive branch, including his frequent encounters with Chinese President Xi Jinping.

The Chinese leader “is a guy who understands what he wants but has an enormous, enormous array of problems” in foreign policy.

Among those problems, Mr. Biden went on, were how to deal with problem countries like Russia and “what I think is maybe one of the most dangerous nations in the world: Pakistan.”

Pakistan, he added, was a nation with “nuclear weapons [but] without any cohesion.”

Shortly after the White House published a transcript of the president’s remarks, U.S. Ambassador to Pakistan Donald Blome was being summoned to the Pakistan’s Foreign Office for an official demarche to explain Mr. Biden’s comment..

“I am surprised by the remarks of President Biden,” Foreign Minister Bilawal Bhutto-Zardari told a news briefing Saturday in Karachi. “I believe this is exactly the sort of misunderstanding that is created when there is lack of an engagement.”

Mr.  Bhutto-Zardari acknowledged Mr. Biden was not speaking at a public, official event and added, “I don’t believe that this should negatively impact the relations between Pakistan and the United States.”

But former Pakistani Prime Minister Imran Khan took to Twitter to defend the country’s safety protocols for the country’s nuclear arsenal and to take a shot at Washington in the process.

“[H]aving been prime minister, I know we have one of the most secure nuclear command and control systems,” Mr. Khan tweeted. “Unlike the U.S., which has been involved in wars across the world, when has Pakistan shown aggression since [obtaining nuclear weapons]?”

Pakistan and the U.S. were critical but wary allies during the 20-year war against the Taliban in neighboring Afghanistan, but both sides are recalibrating the relationship following the U.S. military pullout in 2021.

Islamabad has moved closer to China politically and economically in recent years, raising alarms in Washington.