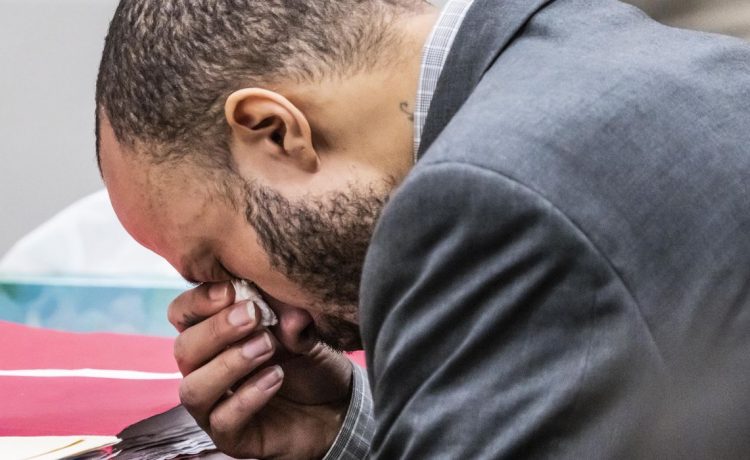 MADISON, Wis. — He stripped his shirt off in court. He complains that the prosecutors are “slick.” He won’t let the judge get a word in. He won’t even answer to his own name.

The Wisconsin man accused of killing six people by driving his SUV through a Christmas parade has worked to disrupt his trial since he decided to represent himself, dragging out a painful proceeding that appears destined to end with his conviction.

The evidence against Darrell Brooks is overwhelming and includes videos showing his red Ford Escape plowing through the parade and witnesses testifying they saw him behind the wheel. He would face multiple mandatory life sentences if convicted.

Brooks will certainly appeal any conviction, legal experts say, and his courtroom antics could be a ploy to frustrate Judge Jennifer Dorow into a misstep that would strengthen his case at that level. But they say Dorow has handled Brooks professionally and hasn’t given him much to work with on appeal.

“I’m unaware of any issues that Dorow has created or anything like that,” said Thomas Grieve, a former prosecutor who now works as a criminal defense attorney in Madison. “I think the judge has done a fantastic job of patiently addressing all of Mr. Brooks’ issues, which seem to have no end. He has gotten what he wanted. He has made his bed and tucked himself into it throughout this entire process. Now he’s facing the consequences of it.”

Prosecutors allege that Brooks got into a fight Nov. 21 with his ex-girlfriend on the streets of Waukesha in suburban Milwaukee, fled the scene in his SUV and drove it into the parade. He plowed through groups, killing six people, including an 8-year-old boy, and injuring dozens of others, according to a criminal complaint.

Brooks initially pleaded not guilty by reason of mental disease but withdrew the plea in September without explanation. Just days before his trial began Oct. 3, he dismissed his public defenders and elected to represent himself.

People representing themselves in civil matters is not uncommon. But it’s relatively rare for criminal defendants to act as their own attorneys and risk matching wits with trained, experienced prosecutors.

According to the Wisconsin Supreme Court, 4.8% of defendants in felony cases in the state were representing themselves when their cases ended last year. A number of high-profile criminals across the country have tried to represent themselves, though, including serial killer Ted Bundy and John Allen Muhammad, who was accused of launching sniper attacks in Washington, D.C., in 2002. Both Bundy and Muhammad were convicted and executed.

Dorow had little choice but to allow Brooks to represent himself, since he has that right under state law if he’s mentally competent. Dorow noted that psychologists found he has a personality disorder but is competent.

During the lead-up to jury selection, Brooks often engaged in shouting matches with Dorow, insisting that his name isn’t Darrell Brooks and that the state has no jurisdiction over him.

Things got so bad that she removed him from the courtroom several times and placed him in another room where he could watch the proceedings via video but she could mute his microphone if he became disruptive. One day, he stripped off his shirt and stuck a sign, given to him to signal objections, down his pants.

His behavior suggested painful cross-examinations with witnesses who had been hurt in the parade were on tap when testimony began. That hasn’t materialized; Brooks has been largely respectful of every witness. He has mostly reserved his ire for Dorow. He has started most mornings demanding that she show him proof that the state has jurisdiction over him, resulting in Dorow and Brooks shouting at each other.

Each time anyone calls him by name, he interrupts to say he doesn’t recognize Darrell Brooks. He has objected to almost every question prosecutors have asked witnesses, only for Dorow to shut him down and move on as he demands explanations.

He can often be heard muttering under his breath that the trial is unfair, at times calling it “mind-boggling” and griping to himself about how District Attorney Susan Opper pulls “slick” tricks. His cross-examinations, while respectful, have been meandering.

At one point he asked to have the case dismissed, reasoning that the state of Wisconsin can’t physically testify and that only “a living human brain” can bring a lawsuit.

On Friday, he said he couldn’t call a witness because he’d lost his file on that person. Dorow forced him to call the witness anyway, prompting Brooks to accuse her of violating her oath of office. Later that morning, he began screaming at her that she was treating his trial like a game.

“Nothing about this is a joke. That’s what you don’t understand. It’s unfair. Your life is not on the line,” he said. “I don’t care what you talking about.”

At one point, he fixed Dorow with an angry stare that, she told the court, frightened her so much she had to call a recess.

Dorow often talks over Brooks, accusing him of trying to delay the trial, telling him to sit down and ordering him to stop talking.

But since testimony began, she has mostly opted to take short breaks rather than moving Brooks to an alternative courtroom. She often recites the number of times he has interrupted her, notes that she has given him every opportunity to remain in the courtroom and issues him warnings to behave. She has avoided giving him lengthy legal explanations defending her rulings.

“To say that this has been the most challenging of my career would be an understatement,” Dorow said Friday in court. “I’ve done my best, I believe, to be fair, to be unbiased, to protect the rights not only of Mr. Brooks as it relates to this trial, but those of witnesses, those of the victims, and of course, last but not least, the jurors. ”

“Judge Dorow is a smart person,” said Julius Kim, a criminal defense attorney and former Milwaukee County prosecutor. “She has figured out how to approach Mr. Brooks so the case can run more smoothly. … She’s protecting the record so it shows she’s doing her best to recognize he is a pro se defendant and at times latitude needs to be given to him.”

Grieve said an appeal is a foregone conclusion, given the weight of the sentences Brooks potentially faces. Brooks could raise any number of issues, including whether he was competent, whether Dorow should have appointed an attorney to stand by and take over if needed and whether removing him from the courtroom was proper. But Dorow has managed to avoid giving him any additional fodder, he said.

“If he’s going to disrupt the proceedings, as long as she doesn’t jump the gun, which in my view she has not, there shouldn’t be any issue,” Grieve said. “You’re entitled to a fair trial. You’re not entitled to create your own mistrial.”