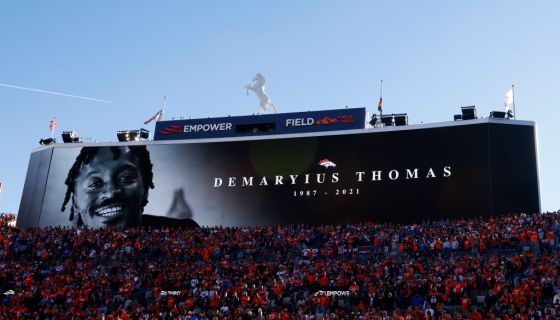 After an autopsy, the family of the late NFL star Demaryius Thomas reveal he suffered from Stage 2 CTE at the time of his passing. 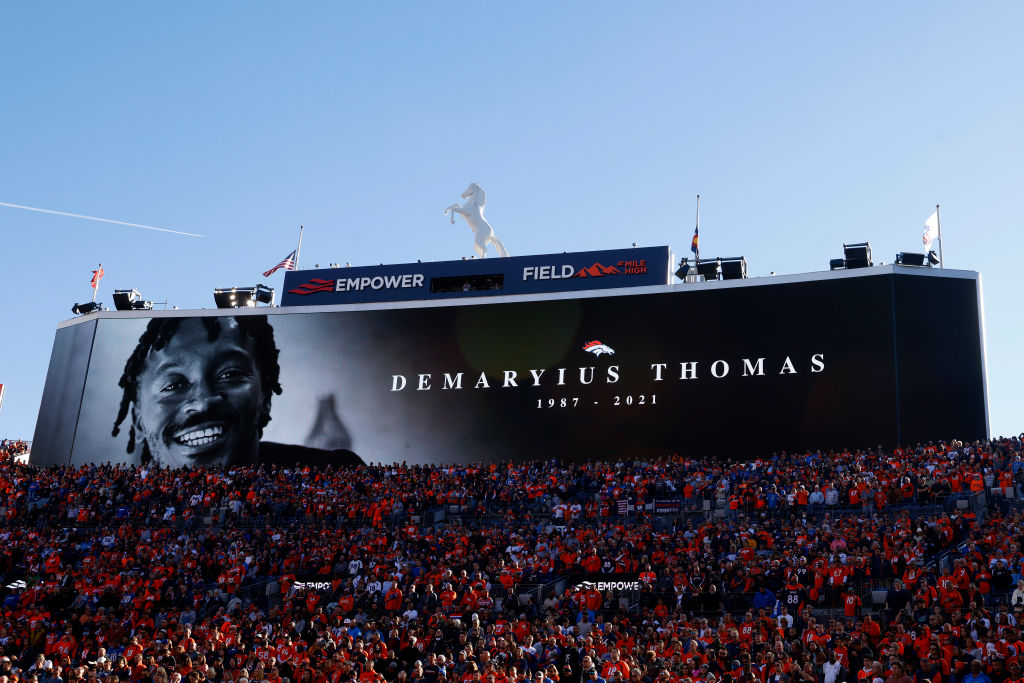 Last December, former Broncos star and Super Bowl Champion Demaryius Thomas was found unresponsive in his shower and pronounced dead with little known about his cause of death. After his passing, his parents donated his brain to research to better understand how he could pass at such a young age. His death was revealed to be caused by a seizure disorder that led to him going into cardiac arrest. Thomas was only 33 years old at the time of his death.

Following the donation of his brain to research, his parents revealed that Demaryius also suffered from Stage 2 CTE. While CTE doesn’t cause death, it can account for behavioral changes in a person. According to GMA, his parents admitted they witnessed him struggle with a deeper pain they couldn’t explain leading up to his death.

“His mood would change, and he would also isolate himself sometimes,” his mom, Katina Stuckey Smith, added. “[Demaryius] would tell me, he was like, ‘Mom, I don’t know what’s goin’ on with my body — I gotta get myself together.’ And he said, ‘I don’t feel like myself anymore.’”

Bobby Thomas explained that his son “was seeking medical help” but wasn’t sure if it was working. “From my understanding right now, what I’ve learned, it wasn’t helpin’ him,” he said.

“When they started explaining — side effects, warning signs and that’s when the bell started ringing. When they said it, I was like, ‘Man, he was doing that. He did that, too,’” his father said. “And I faulted myself, ’cause I said, ‘I know I coulda done more.’”

While several families feel guilt after a diagnosis like this, it’s important to remember there is not a specific treatment for CTE currently. Dr. McKee calls CTE an “invisible injury” that cannot be confirmed until after a person passes.