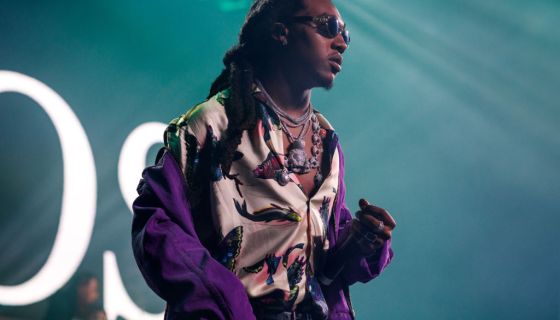 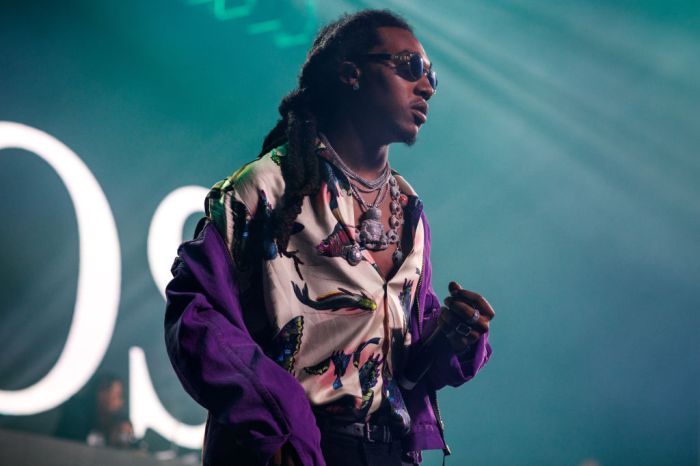 According to ABC 13, Houston police announced at a press conference on Friday that they arrested Patrick Xavier Clark for murder. He is the second man arrested in connection to the Nov. 1 shooting at a Houston bowling alley.

“We stood here a month ago and made a promise that we would get the individual(s) responsible for the murder of Takeoff in custody. Houston Police Chief Troy Finney said. “Yesterday evening we arrested Patrick Xavier Clark.

Prosecutors requested a $1 million dollar bail, claiming that Clark is not only a threat to “public safety” but also a flight risk. Documents reveal that Clark secured an expedited passport and plans to escape south of the border. Police also recovered plane tickets to Mexico and a large amount of cash when they arrested him.

“Based on public safety concerns because the defendant shot a firearm into a crowd of people and struck the complainant in the back and head, causing his death,” prosecutors wrote.

“Further, a low bond is unreasonable and insufficient to ensure the defendant’s appearance in court based on his successful efforts to obtain an expedited passport shortly after the murder and an imminent travel itinerary to Mexico.”

Takeoff was an unarmed innocent bystander who died at the scene. According to the autopsy, the Grammy winner suffered gunshot wounds to the head, torso, and arm. The two other shooting victims had non-life-threatening wounds.

Authorities claimed it took longer than usual to make progress in the case because everyone fled the scene of the shooting. More than 30 people, including Takeoff and Quavo, reportedly attended a private party at 810 Billiards & Bowling. When bullets started flying after an argument at a “lucrative dice game,” witnesses scattered.

“We had to sift through all of that and use physical evidence, and use shooting reconstruction, and confirm a lot of our ballistic evidence. What weapons were involved? And through that, we were able to deduce that Patrick Clark is the legal shooter in the case. That’s why he’s being charged with murder,” Burrow continued.

Police previously arrested another man in connection to the shooting

On Nov. 22, Houston PD arrested Cameron Joshua for two counts of felony in possession of a weapon. Police claim the 22-year-old was not directly linked to the fatal shooting. A few hours later, they arrested Clark for fatally shooting Takeoff, whose real name is Kirshnik Khari Bell.

Police previously shared that at least two people discharged their firearms, but Joshua’s attorney says he’s not responsible for Takeoff’s death. Prosecutors charged Joshua based on surveillance video and an eyewitness to him having a gun at the party.

“Cameron Joshua did not shoot Takeoff. He wants to get out. He wants to clear his name,” said attorney Christopher Downey.

“I haven’t seen anything to suggest that Cameron Joshua had anything to do with the shooting, that he discharged the firearm that caused his death, or was he even involved.”

Chief Finney said he first shared news of Clark’s arrest with Takeoff’s mother. While most families are uniting for the holidays. Takeoff’s loved ones are still in shock at his sudden passing. On Tuesday, YRN Lingo wrote that it’s “super hard without” his brother.