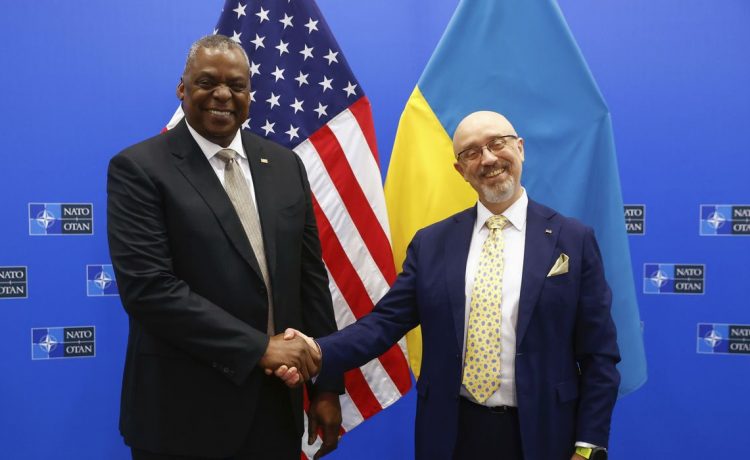 Russia’s invasion of Ukraine has been built on a foundation of flawed assumptions resulting in numerous battlefield failures and retaliation against civilians, Defense Secretary Lloyd Austin said Wednesday during a meeting of the Ukrainian Defense Contact Group in Brussels.

“Russia’s latest assaults have only deepened the determination of the Ukrainian people and further united countries of goodwill from every region on earth,” Mr. Austin said. “Just look at the battlefield today and look at this room.”

On Monday, Moscow retaliated for an attack on a bridge linking Russia to Crimea with a barrage that killed at least 14 people and destroyed civilian targets from Lviv in the west to Kharkiv in the east.

The Pentagon chief said Mr. Putin had miscalculated from the start in February, when he assumed Russia’s invasion forces would be able to roll into Kyiv and overthrow the government of Ukrainian President Volodymyr Zelenskyy.

“He assumed that Ukraine could never mount a counteroffensive to retake its sovereign territory. He assumed that the world would stand idly by as he attempted to annex four additional regions of Ukraine,” Mr. Austin said. “He assumed we couldn’t summon the unity and resolve to stand up to his imperial war of choice.”

Ukrainian troops have made extraordinary gains on the battlefield, retaking thousands of square miles of territory and liberating hundreds of towns and villages from Russian control, Mr. Austin said.

“Those victories belong to the Ukrainian soldiers but the contact group’s security assistance training and sustainment efforts have been vital,” he said. “We’ve made tremendous progress by working together.”

International support for Ukraine will continue, both in supplying their short-term needs and for the long haul.

Two weeks ago, the U.S. announced a $1.1 billion security assistance package that will provide Ukraine with 18 High Mobility Artillery Rocket Systems (HIMARS) that have proven to be decisive on the battlefield, along with hundreds of vehicles and dozens of counter-artillery radar systems and drones, Mr. Austin said.

“Our support for Ukraine’s right to defend itself doesn’t hinge on the outcome of any particular battle,” he said. “Our resolve to support Ukraine’s defenders extends through all seasons.”