The Great Days > News > Pentagon to deliver $675 million in military equipment to Ukraine in sign of long-term U.S. support
News

Pentagon to deliver $675 million in military equipment to Ukraine in sign of long-term U.S. support 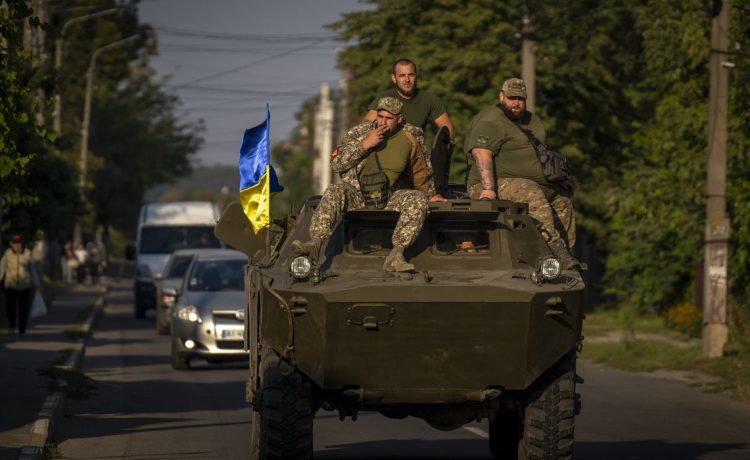 The Pentagon and State Department made the announcements shortly after Defense Secretary Lloyd Austin and Joint Chiefs of Staff Chairman Gen. Mark Milley met with Ukrainian defense leaders and other allied defense ministers at Ramstein Air Base in Germany. It marked the second meeting of the Ukraine Defense Contact Group, a Western coalition that aims to streamline military assistance to Kyiv and bolster its ability to fight off a larger and better-armed Russian invading force.

The U.S. and its allies are focused on helping Ukraine push Russian forces out of the disputed Donbas region, but Mr. Austin made clear Thursday that he’s now looking beyond that.

“Today, this contact group needs to position itself to sustain Ukraine’s brave defenders for the long haul,” Mr. Austin said after an introductory meeting with the group.

In addition to the $675 million announced Thursday, the administration also is opening up another $1 billion in long-term military financing to Ukraine, which will give Kyiv access to American-made weapons and equipment. Another $1.2 billion in military financing will be made available to 18 U.S. allies in the region, including NATO members at the greatest potential risk of attack from Russia, officials said.

Secretary of State Antony Blinken announced the package after a surprise trip to meet with Ukrainian President Volodymyr Zelenskyy Thursday in Kyiv.

“President Biden has been clear [that] we will support the people of Ukraine for as long as it takes,” Mr. Blinken said in a statement after the meeting. “I reiterated this message to President Zelenskyy and his team today in Kyiv, which remains — and will remain — the capital of a sovereign, independent Ukraine.”

Since 2014, when Russia forcibly annexed Ukraine’s Crimean peninsula, the U.S. has given more than $17 billion in direct military assistance to Ukraine. More than $14 billion of that has come since Russia’s Feb. 24 invasion, now in its sixth month.