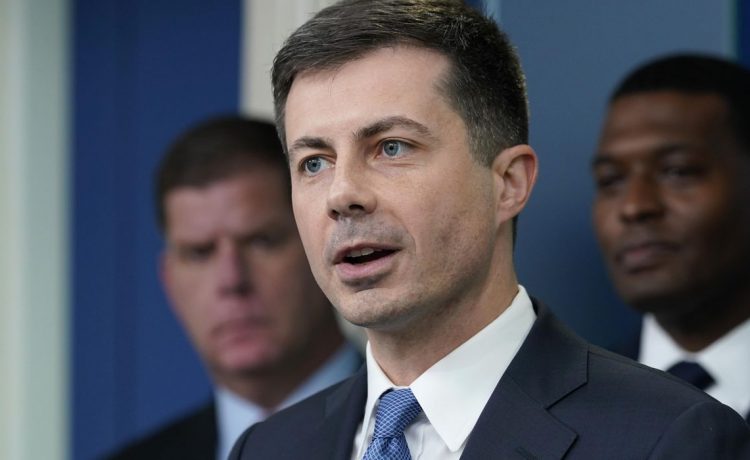 Progressive lawmakers, in particular, say Mr. Buttigieg needs to do more to rein in airline companies that have taken billions in public subsidies since the start of the coronavirus pandemic.

“Thousands of flight disruptions have left passengers and crew members stranded at crowded airports from one end of the country to the other forcing them to miss weddings, funerals, and business meetings and ruining family vacations that have been planned for months in advance,” said Mr. Sanders.

Ahead of the July Fourth holiday, more than 1,700 flights were canceled on Sunday alone, while 23,900 were delayed, according to FlightAware. Airline giants like United and Delta said the problem arose mainly because of an inability to properly staff flights.

Mr. Buttigieg responded to the melee by taking to social media on Sunday to urge passengers to be smart and consider accepting airline miles, rather than cash, for delayed or canceled flights.

“Sometimes an airline will offer you points or miles as compensation, but you are entitled to a cash refund when your flight is canceled,” he tweeted. “When deciding whether to accept miles, it’s helpful to know their value, which varies, but often is estimated at 1 to 1.5 cents per mile.”

Fellow Democrats say that Mr. Buttigieg holds at least some responsibility for the problem and should be doing more than just giving travel tips.

“The [Transportation] Department’s incremental response so far has been lacking the urgency, imagination, and boldness to meet the moment and needs of the American people,” Rep. Ro Khanna, California Democrat, wrote in a letter to Mr. Buttigieg ahead of the holiday weekend.