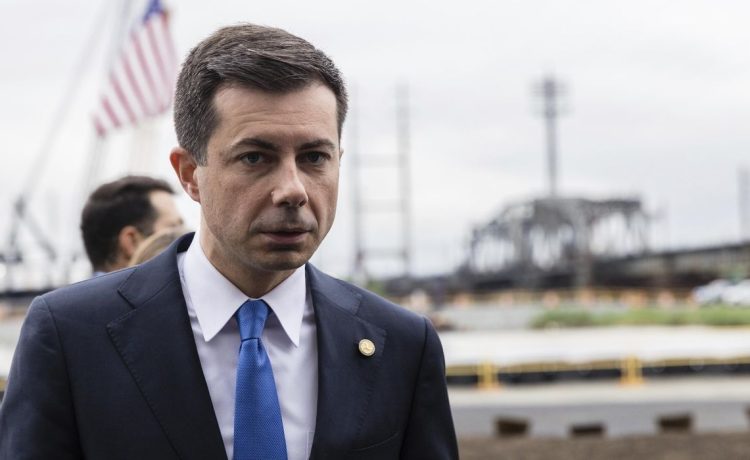 Transportation Secretary Pete Buttigieg has reportedly taken at least 18 flights on taxpayer-funded private planes since taking office despite his push to curb carbon emissions and criticism of his predecessors for using private travel.

The trips on a fleet managed by the Federal Aviation Administration include stops in Florida, New Hampshire and Ohio and visits to Las Vegas and Montreal, Canada, according to Fox News Digital, which obtained records through Americans for Public Trust (APT), a government watchdog group.

The report said it was unclear how much the travel cost, but former Health and Human Services Secretary Tom Price was forced to resign under President Donald Trump for racking up $1.2 million in private jet charges. Former Transportation Secretary Elaine Chao used the same jets as Mr. Buttigieg to the tune of $94,000, prompting media scrutiny.

“And for someone so holier-than-thou on reducing emissions, Buttigieg sure doesn’t seem to mind the pollution caused by his literal jet-setting,” Ms. Sutherland said. “This is hypocrisy at its finest, and these troubling expenses to taxpayers must come under immediate scrutiny.”

The Department of Transportation defended Mr. Buttigieg’s use of private planes, saying it is targeted to specific events where it would be more efficient and economical.

“Secretary Buttigieg mostly travels by commercial airline, and has directed that travel and logistical decisions be grounded in efficient and responsible use of taxpayer dollars,” a DOT spokesperson told Fox. “Given that commercial air travel is usually the cheapest way for the secretary and his staff to travel, 108 of the 126 flights for DOT trips he has taken have been on commercial airlines.”

“However, there are some cases where it is more efficient and/or less expensive for the Secretary and accompanying personnel to fly on a 9-seater FAA plane rather than commercial flights,” the agency said. “Use of the FAA plane in limited, specific cases has helped to maximize efficiency and save thousands of taxpayer dollars.”