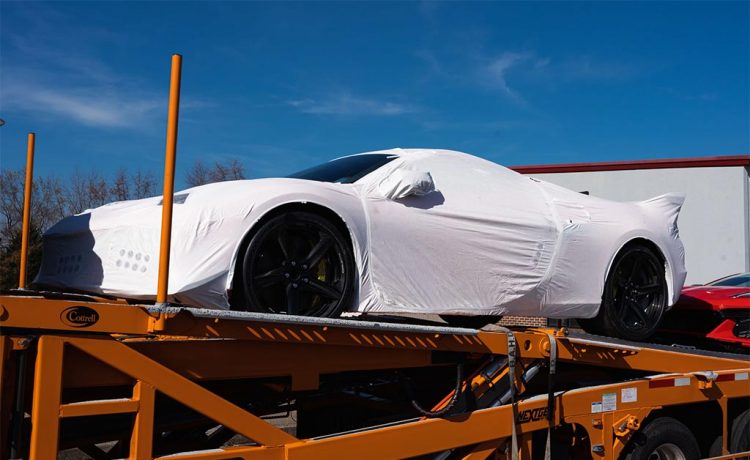 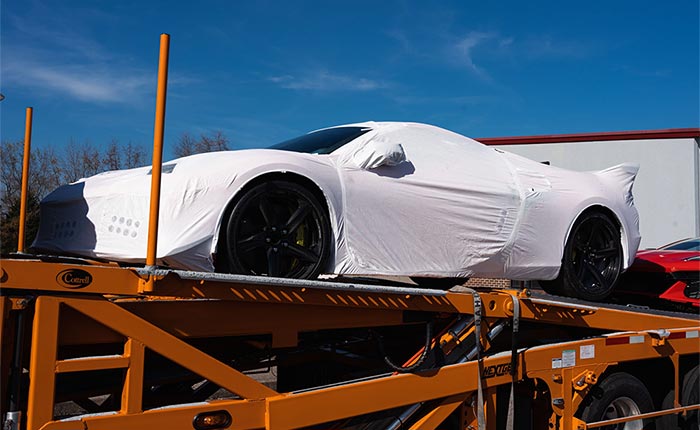 With the release of the first 2023 Corvette Z06s to dealers this morning, our friends at the National Corvette Museum are also getting in on the fun. This afternoon, they posted two photos of a wrapped Z06 Corvette arriving on a transporter from the Corvette Assembly Plant!

The Corvette appears to be Red under its white shipping cover and is optioned with the Z07 package, visible carbon fiber wheels, and yellow brake calipers. 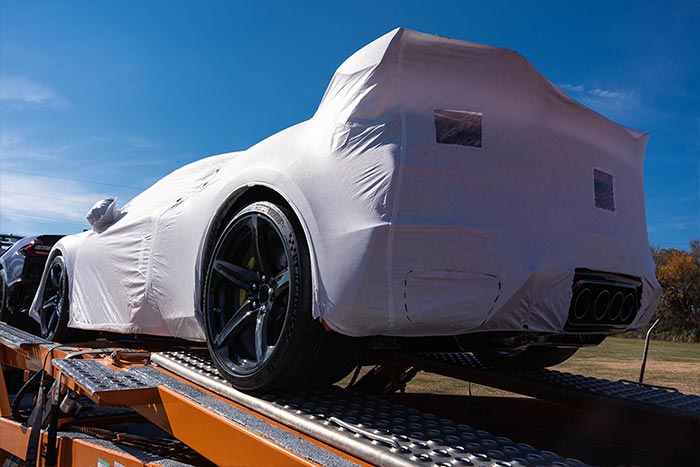 Although we are not all that up to date on the scheduling of R8C deliveries, I believe the timeframe from arrival to delivery on Corvette Boulevard is roughly somewhere between two to three weeks. We know from tuning into the webcams from time to time that the floor is always filled in the morning with new Stingrays each day, and an update from 2021 had them scheduling 55 deliveries per week.

We can imagine Shane at the NCM giving the new owner the great news that their car had been released from the Quality Control hold this morning and would be arriving at the NCM later today.