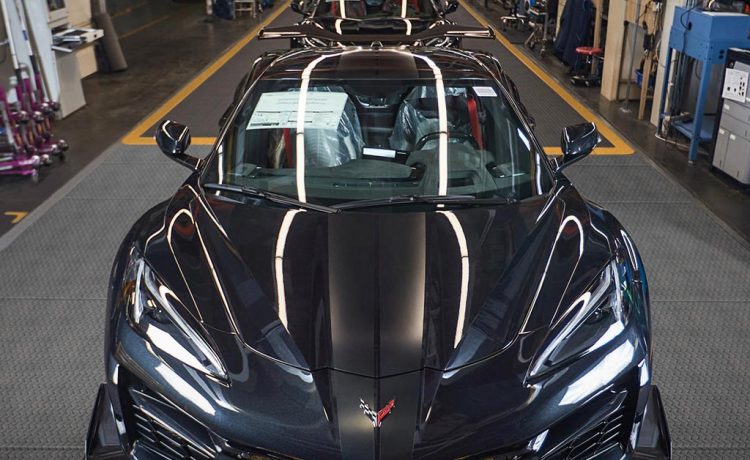 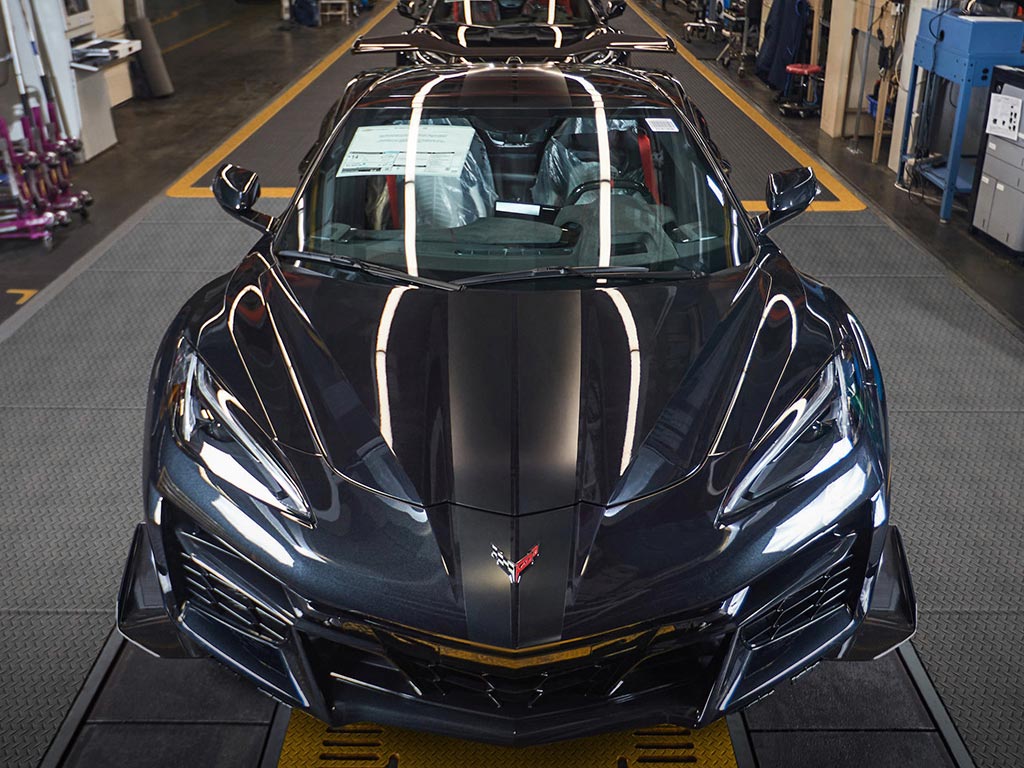 We finally got our first look at the 2023 Corvette Z06 coming off the assembly line in Bowling Green today! The car is a 70th Anniversary Coupe in Carbon Flash Black that was built for Chevrolet dealer and NASCAR team owner Rick Hendrick. Hendrick paid $3.6 million at Barrett-Jackson in January for the right to have the first Z06 VIN 001.

The arrival of this special photo also signals the end of the quality control hold for those first Corvette Z06s produced, as several are being released to dealers today.

Chevrolet released the photo to its social media platforms with posts on Facebook and Instagram this afternoon. Chevy says in their posts that “We put the world on notice. Now, it’s time to show ’em why. The 2023 Corvette Z06 is ready to dominate a street near you.“

Earlier today we caught sight of the photo on a memo sent to dealers while also sharing the news that another round of Z06 allocations would be made later in November. GM had previously suspended Z06 allocations for the rest of the year.