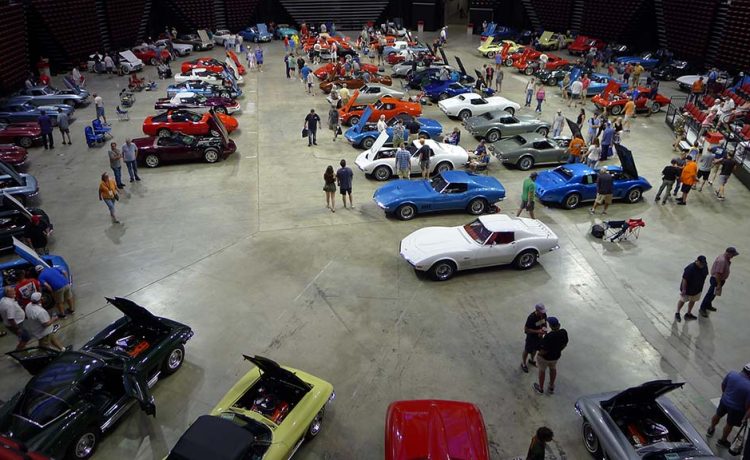 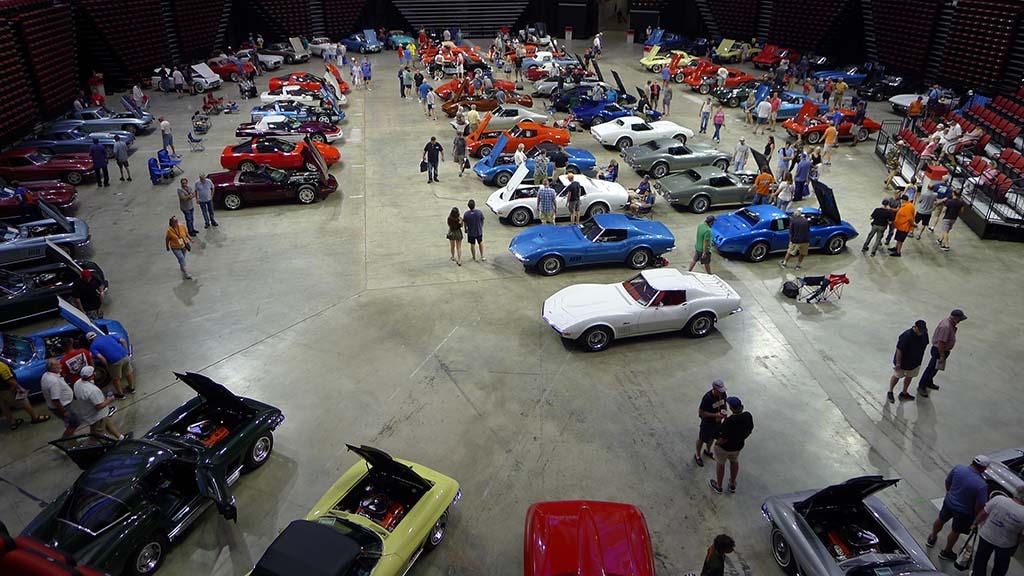 In June of 1984 my dad took me on an out-of-town road trip to Bloomington, Illinois for a Corvette show. In my head, the 7-hour drive lasted for days. It began raining overnight and I vividly remember standing in 2 inches of water inside a tent while my dad purchased our weekend passes. That Corvette show was Bloomington Gold and I was 8 years old. Since then, Bloomington Gold has been an annual staple on my summer calendar. I’ve only missed 2 shows over the 38 years since my first visit.

I share this nostalgia because Bloomington Gold celebrated its 50th event last week by returning home after 20ish years away from the Bloomington-Normal area where it was born. A similar feeling of nostalgia was obvious throughout the entire weekend. There was also a sense of returning to “Normal” in more ways than just on the map. After shaking off two years of Covid-modified shows, the crowds were back and the show was busier than we’ve seen in several years.

The campus of Illinois State University now provides the backdrop for the Granddaddy of Corvette shows. All activities are located within easy walking distance of one another. Certification judging is held indoors on the floor of Redbird Arena. Vendors and Gold Members set up shop in the adjacent Horton Fieldhouse. The swap meet, additional vendors, and dealers lie in between the buildings. The Gold Collection is a 1 block walk or a short shuttle ride away from the main show area while the club and spectator parking lots are located even closer to the main show area. Overall, we thought the new layout was logical and made it easy to find whatever activity you were looking for. 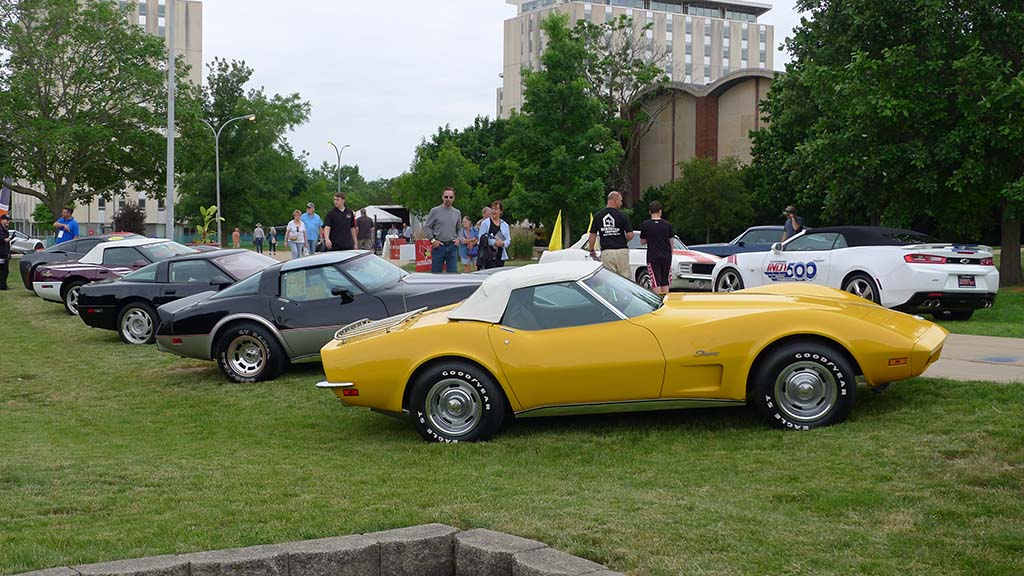 The 50th birthday celebration kicked off Thursday evening with the Gold Gala. The ticketed event gave a sneak peek at this year’s Gold Collection which was held in the Bone Student Center just like the very first Special Collection in 1984. This year’s theme was a Salute to the Gold Collection paying homage to its various incarnations over the years. Before the Gold Gala began, attendees were lined up down the hall while waiting their turn to get checked in. Once inside they were greeted by 30 or so of the best Corvettes on the planet, munchies, and bar service. The star of the show clearly was Grand Sport number 4 which made the trek up from Florida. Other significant Corvettes included the #3 and #4 1960 Le Mans Corvettes, the only production 1971 ZR1 convertible, the 12-mile 1967 L88, and the blue Harley Early styling car among others. We’ll have a separate gallery from the Gold Collection in the coming days. 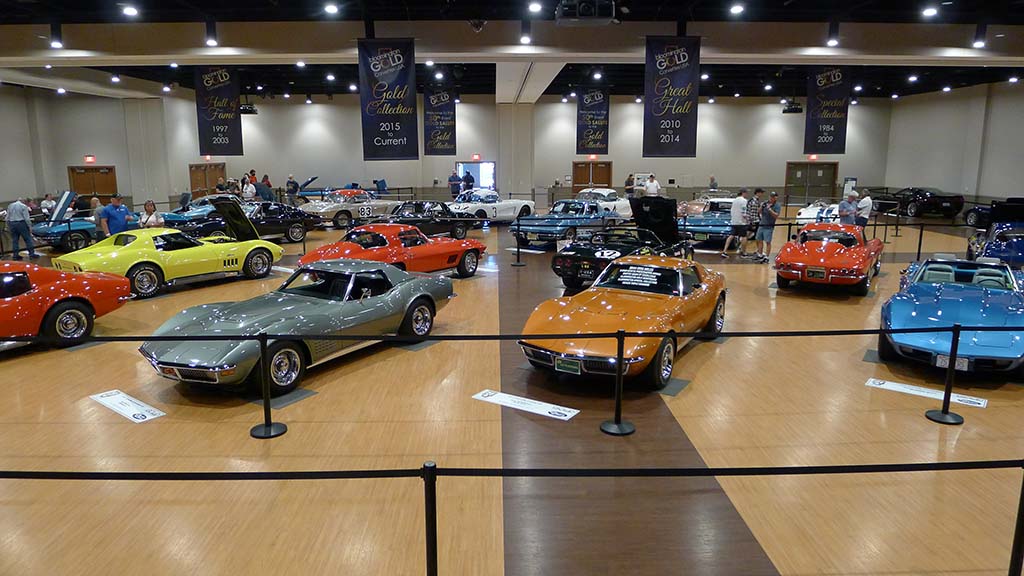 Friday was muggy with some light showers from late morning on. Even with the rain, crowds were noticeably higher than in recent years. Our day began in the sold-out swap meet looking for goodies for the newest occupants of the Detroit Bureau garage. Once the drizzle started, it was inside to catch a couple of seminars. The crowd for our History of Bloomington Gold session was standing room only. Afterward, it was over to Redbird Arena to check out the 70ish Corvettes going through judging. Seeing five generations of Corvettes laid out on the arena floor was a cool sight. The day wrapped up with a stroll through the vendor area inside Horton Fieldhouse and a short (mandatory) stop at the Beer Garden. 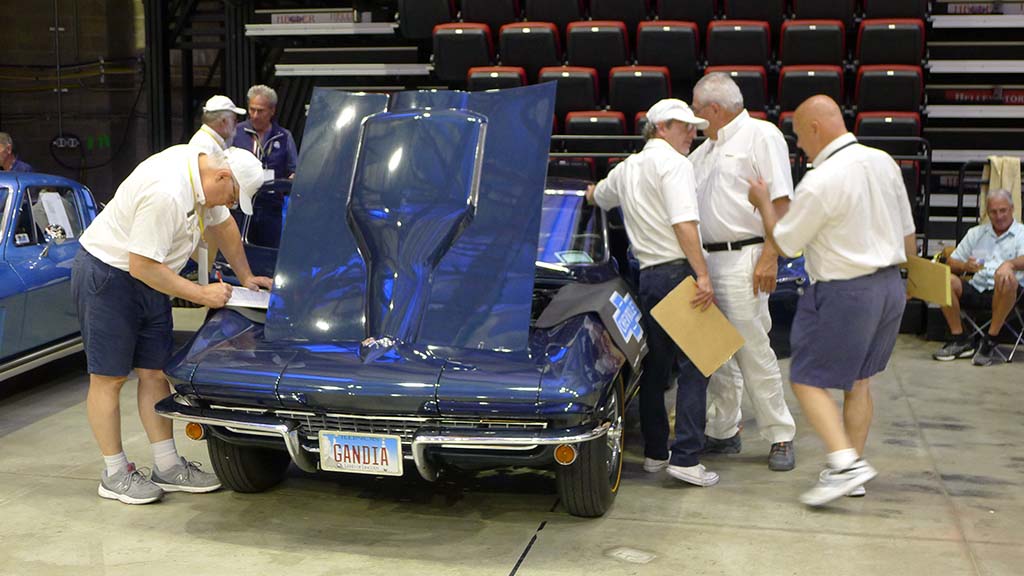 Saturday’s weather couldn’t have been better. The temperature topped out right around 80 degrees with a mix of sun and clouds throughout the day. Again, the crowds were big and there was definite energy throughout the grounds. It was simply a great day to be outside at a car show. After checking out the Survivor judging we took some time to stroll the Corvette Club and spectator parking lots. We were happy to see both lots full of Corvettes. The Club Parking lot was social city. Several clubs had tables, chairs, and more set up near their cars while members hung out together talking shop. After basking in the sun, it was time again to hit the Beer Garden again which included a live band Saturday afternoon. From there it was over to the awards ceremony which was hosted by Mecum Auctions’ John Kramman. We enjoyed the personal touch of handing out awards and each owner’s car. 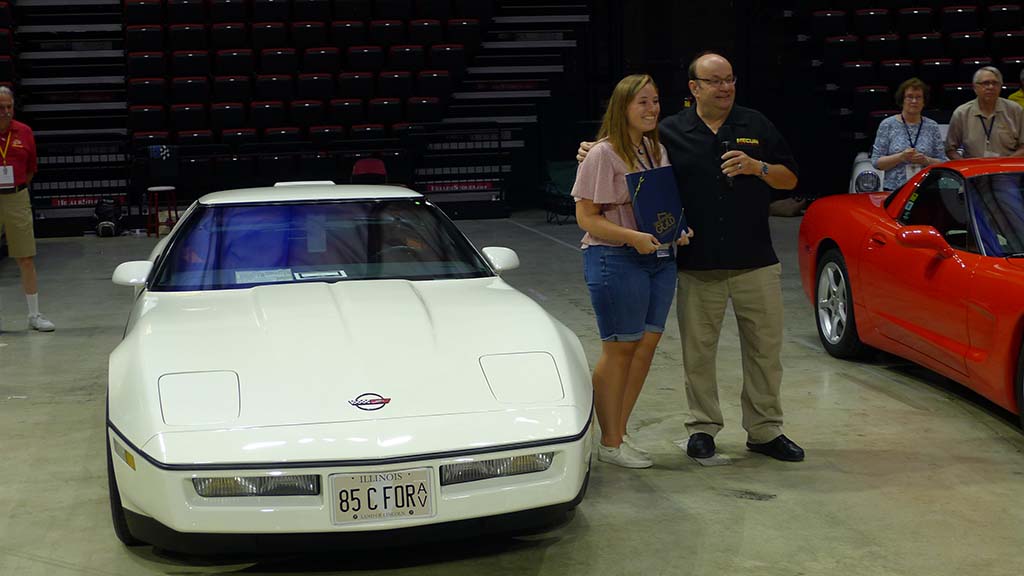 Bloomington Gold’s 50th birthday party wrapped up with the traditional road tour. Registrations for the driving event were so high that the staging location had to be moved to accommodate all the Corvettes. After cruising a portion of old Route 66 and making a lap around Lake Bloomington, the road tour wrapped up in downtown Normal for a block party. We couldn’t make the road tour and party, but we were told it was one fun evening. Both will be on our agenda next year. 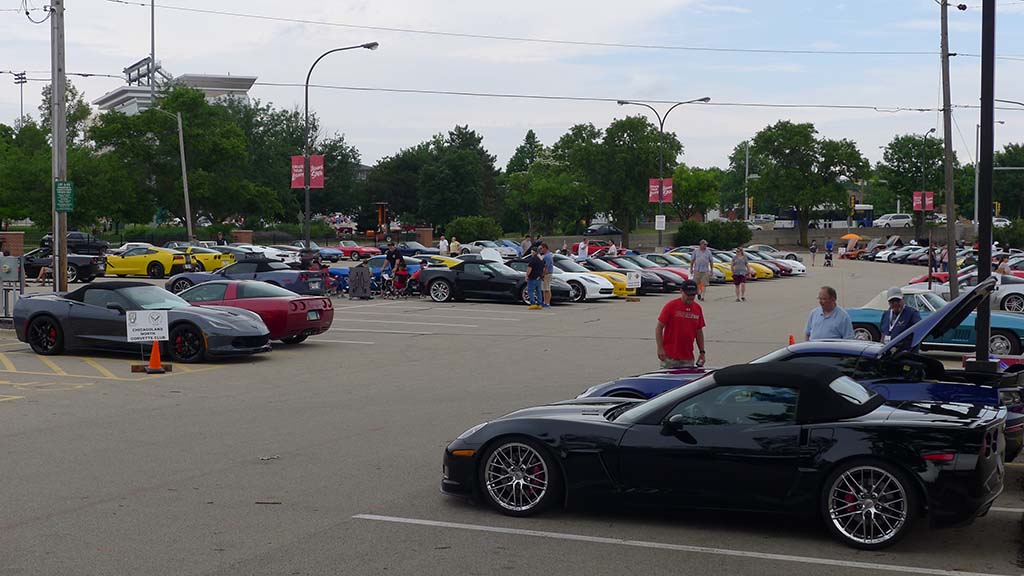 The Granddaddy of Corvette shows is now 50 years old and back home where it belongs. Many folks we talked with throughout the weekend liked the new location and we certainly agree. We also spoke with several local residents who were excited to have the show back in town as well. It was great to see the host cities embrace the show the way they did.

We’ll go ahead and declare the 50th Annual Bloomington Gold Corvette show a resounding success. The new location breathed new life into the show after 2 years at Lucas Oil Stadium. Bloomington Gold will be back in Bloomington-Normal next year and we’re looking forward to seeing how it builds on this year’s success. Until then, enjoy our gallery from the show below.

Check Out the Lineup for the Gold Collection at Bloomington Gold

Bloomington Gold Heading Back Home to Celebrate its 50th Anniversary