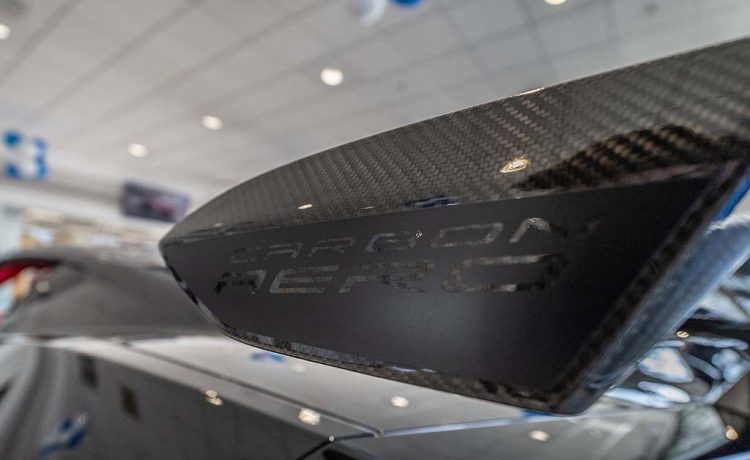 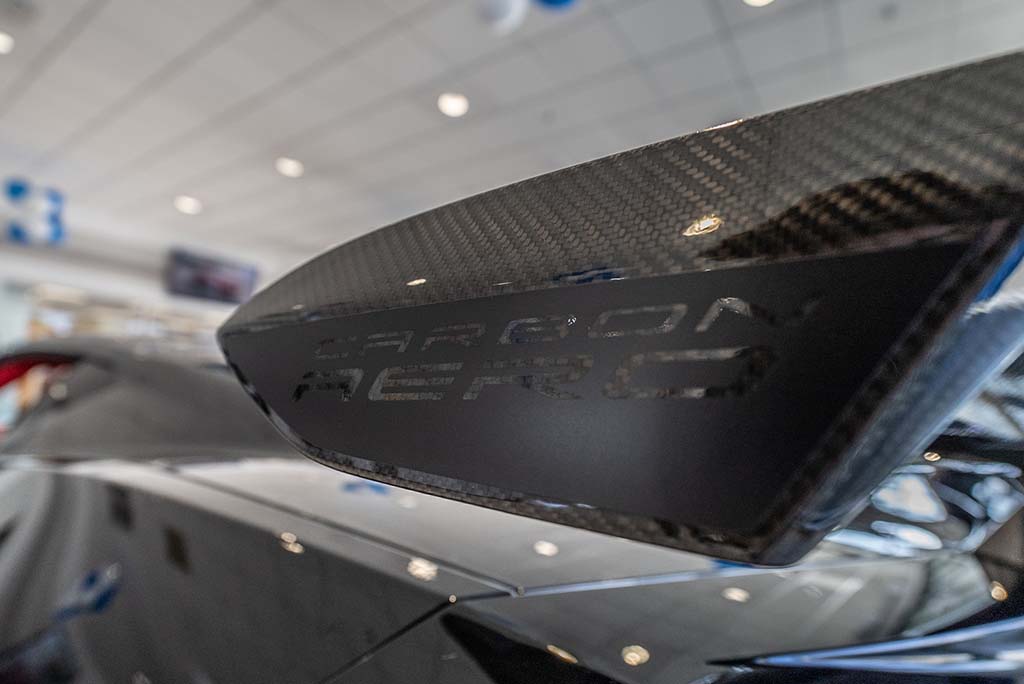 With the arrival of the 2023 Corvette Z06, Chevrolet put the “World on Notice” that it intended to compete against other exotic supercar makers with its mid-engine design and the 670-hp flat-plane crank V8 engine. For the last year, Corvette enthusiasts have flocked to shows and dealer showrooms to check out America’s newest supercar, and the response to it has been unprecedented in Corvette’s long 70-year history.

Now that the first cars have been released to dealers, we’ve seen that most early adopters want the full boat – a Z06 with the visible carbon fiber aero package whose calling card is the large high wing on the back. Anyone who has seen these in person has marveled at the beauty of these wings with their visible carbon fiber twill design and how the end plates are joined seamlessly with the rest of the wing. It’s truly an automotive work of art.

But you know Chevy is going to be Chevy, so we were quite surprised to see that the first customer cars shipped all had something new affixed to the high wing’s end caps…a matte black sticker with the words “Carbon Aero” cut out so that the visible carbon fiber shows through to “complete the look.” 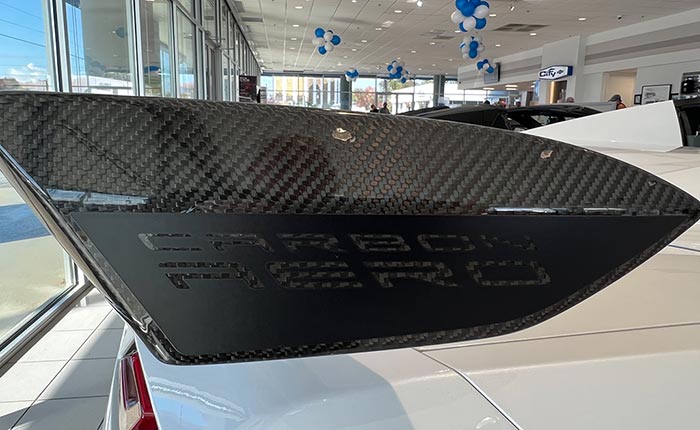 I have no problem with Chevrolet using stickers on the Corvette. The C8.R Edition Stingrays and the “Stingray-R” packages used them effectively to create a new look on the painted surfaces. However, I’m not so sure these visible carbon fiber high wings on the C8Z need a sticker that reads “Carbon Aero.” The buyer knows it’s real carbon fiber aero, and the guy with the Porsche you just beat knows it’s rear carbon fiber aero. So why sticker up an already beautiful wing that costs $10,495?

Of course, we joke that 30 years from now, there will be some guy selling his unused Carbon Aero stickers for big bucks on eBay. But that’s always the exception and not the rule. 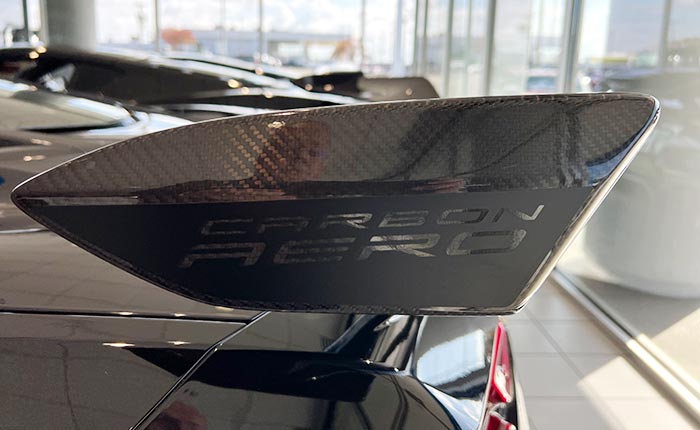 Another question our wandering minds are asking is if the carbon flash metallic high wing versions also say Carbon Aero? After all, they are made from carbon fiber. We have no answers to those questions at this point.

So what are your thoughts on this unnecessary stickering of an already gorgeous visible carbon fiber spoiler? Will you be embracing the Carbon Aero sticker club (and all the benefits? that comes with it), or are you thinking, “give me 10 minutes with a heat gun,” and we’ll soon be back to how the car was originally presented when it was revealed in 2021? Let us know in the comments below.

Thanks to Rick Accurso at City Chevrolet for the photos!