The Great Days > Automotive > [PICS] Collectible 1:64 Corvette Gulf Oil Racer from Matchbox Sells Out in Less than One Week
Automotive

[PICS] Collectible 1:64 Corvette Gulf Oil Racer from Matchbox Sells Out in Less than One Week 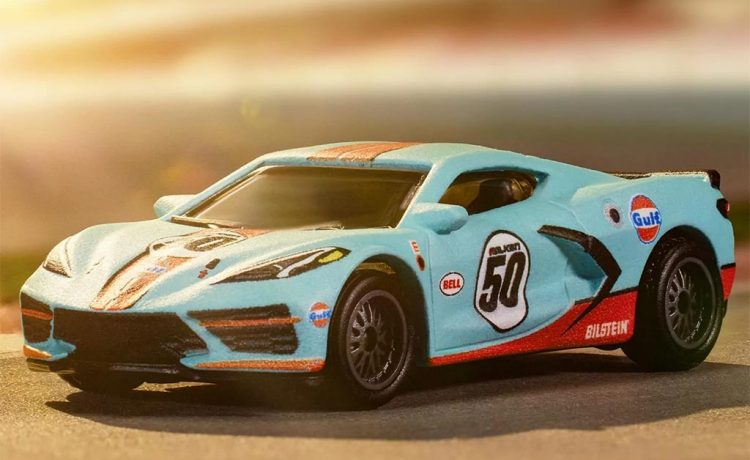 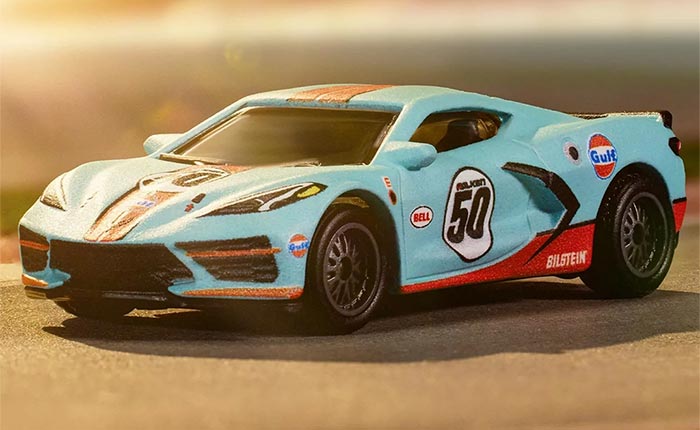 A few years back at a Corvettes at Carlisle parade, I watched as kids along the parade would grab candy being tossed their way when I saw one Corvette owner throwing new packages of Hot Wheels toy Corvettes. You could see the excitement on those kids’ faces who were able to snag one of these cool treats. That got me thinking about doing my own Hot Wheels giveaways, and so every year during Halloween, I try to have a few on hand to reward those boys and girls with the best costumes.

The joke about Hot Wheels and Matchbox cars is how many adult car collectors began their love affair with these small 1:64-scale vehicles, which typically sell just 99 cents. Today, Hot Wheels and Matchbox cars from Mattel are still one of the highest-grossing toys on the market, with all kinds of fun and exciting toy vehicles offered each year. In addition to these lower-priced toy vehicles, Mattel is tapping into the collector market with an upscale toy line for adults. Through their Red Line Club (RLC), collectors can purchase these collectible vehicles priced at $25. 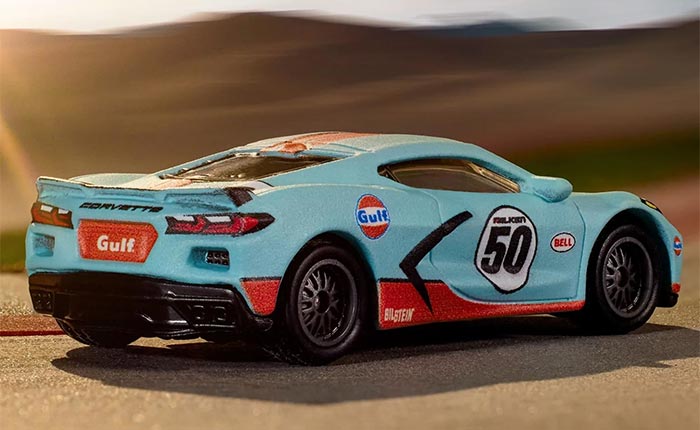 One new RLC car from Mattel’s Matchbox line is making waves among collectors as it’s a 2020 Corvette dressed in the famous Blue/Orange “Gulf Oil” livery. The release date on Mattel’s website shows the car first became available on October 20, 2022, it sold out in its first week of being offered.

Gulf Oil famously sponsored a 1963 Corvette Sting Ray known as “Gulf One” which was piloted by the “Flying Dentist” Dr. Dick Thompson. Mattel leaned on that history to create a 1:64-scale C8 Corvette Stingray Coupe in Power Blue with the Orange stripes and Gulf Oil logos. 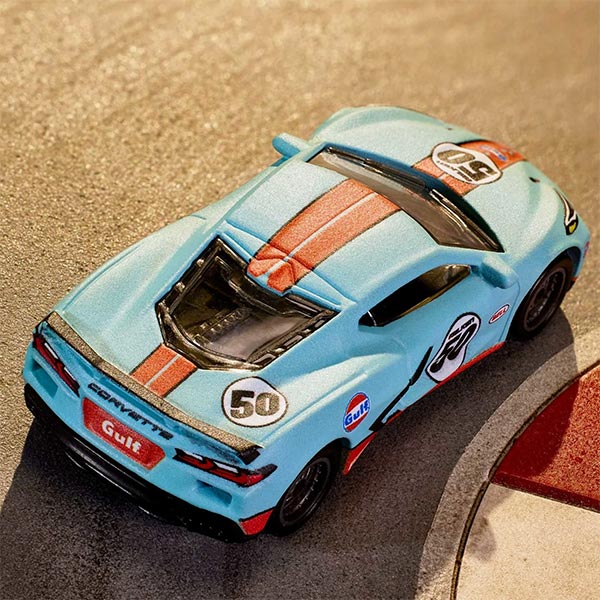 Our design team couldn’t resist combining the 2020 Corvette® C8—the first mid-engine version of that model—with that livery for a supercar unlike any other. Mounted in a stunning acrylic case with stylized deco honoring the Gulf heritage, it’s bound to speed away, so add it to your collection while you can.

This Gulf Oil Corvette racer doesn’t offer any opening doors or rear engine hatch, and we aren’t even sure if the “True Grip Euro wheels” will allow the car to roll with a gentle push. Still, most serious collectors of Hot Wheels or Matchbox cars rarely play with them, but if I had one of these close at hand, I could imagine finding myself making some “tire-squeal” noises while power sliding the car across my desk. Because all cars, both real and 1:64 scale models, deserve to be played with. 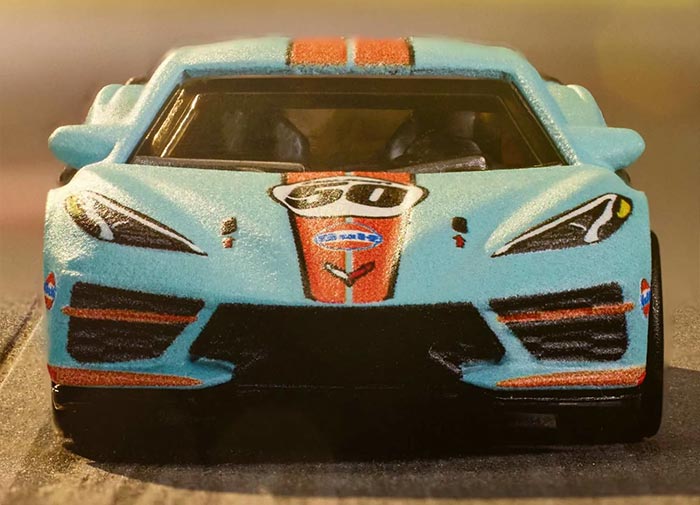