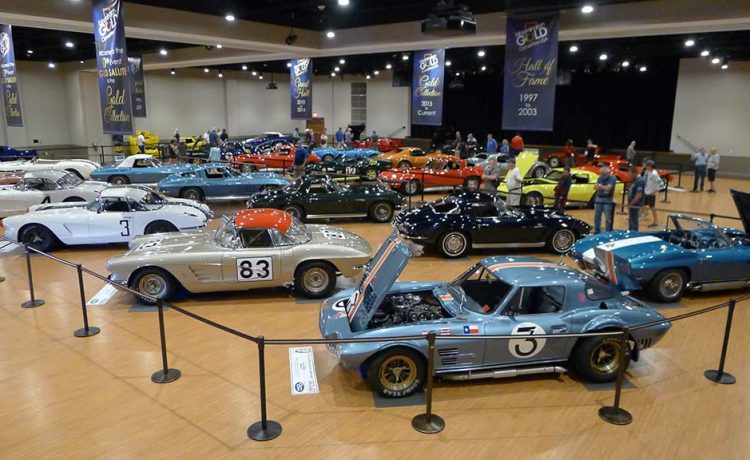 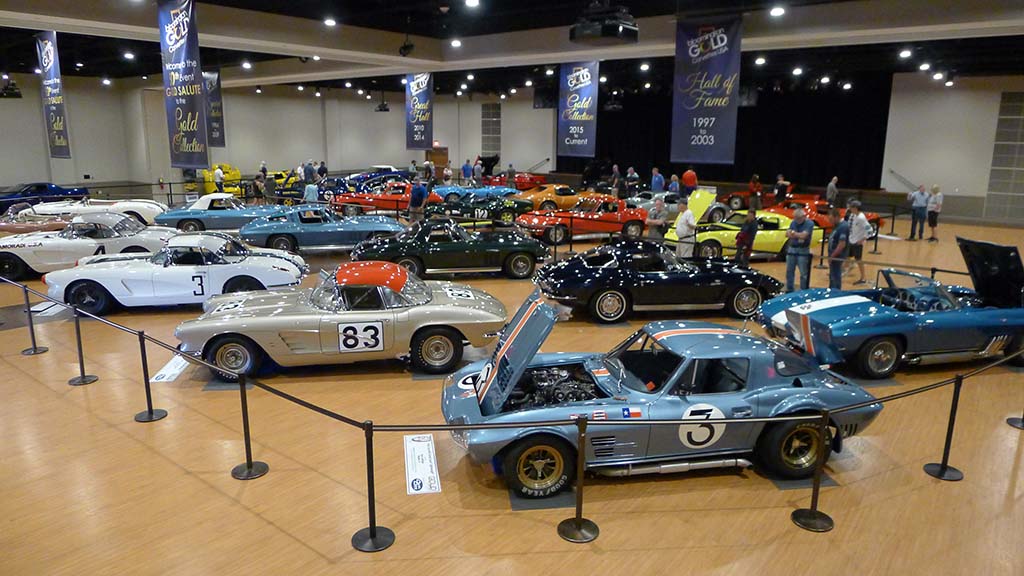 Bloomington Gold celebrated its 50th birthday last weekend. For the milestone event, the Granddaddy of Corvette shows returned to its home of Bloomington-Normal, Illinois. The campus of Illinois State University now hosts the annual Corvette gathering.

The Gold Collection is one of Bloomington Gold’s anchor events. It was first held in 1984 inside the Bone Student Center on the ISU campus. Now, nearly 40 years later, it has returned to where it all began. It debuted as the Special Collection and later evolved into the Great Hall, and then into its current incarnation, the Gold Collection.

Each year the Gold Collection celebrates a specific genre of Corvette based on a theme selected by event organizers. Cars participate in the Gold Collection strictly on an invitation-only basis. They can be amazingly restored examples or unrestored originals. They can be factory racecars or GM styling cars. If it’s a unique or special Corvette and fits the given year’s theme, an owner can apply to show their car. From there, a selection committee will review the car’s resume and, if it’s it good enough, formally invite it to participate in the Gold Collection. 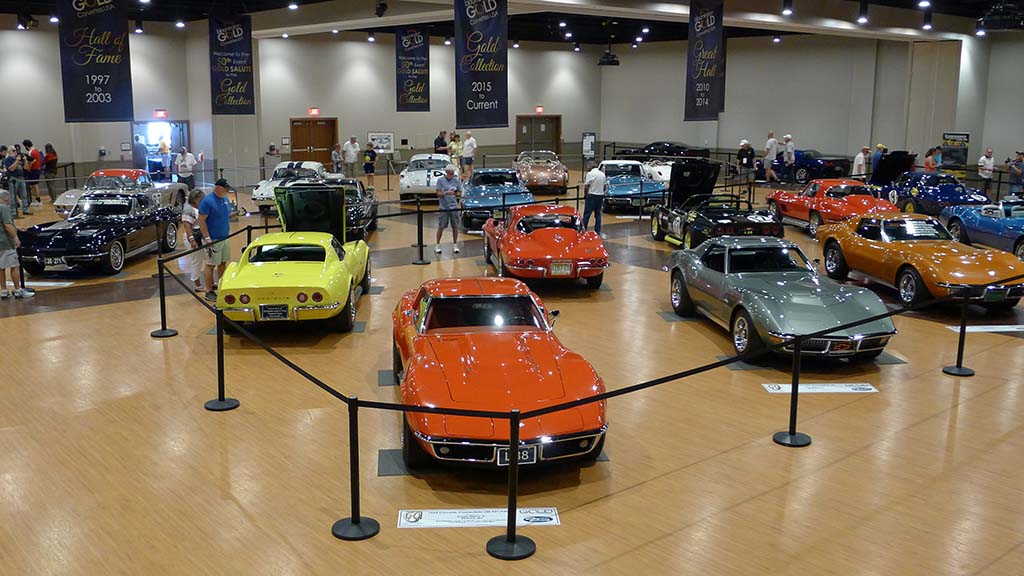 The 2022 theme was “A Salute to the Gold Collection” as part of the 50th anniversary celebration. The gathering pulled together some of the best and rarest Corvettes on the planet to celebrate 50 years of Bloomington Gold and nearly 40 years of the Gold (Special) Collection event. Each car had a great story behind it and was special in its own unique way.

The ticketed Gold Gala took place on the Thursday evening before the show opened to the public. Once inside attendees were able to grab a sneak peek at the Corvettes while snacking on assorted munchies and sipping a beverage of their choosing.

The collection of cars featured this year covered all genres of our hobby across 6 different generations of Corvette design. The early cars were represented by the #3 and #4 Lemans racing Corvettes. This was the first time these 2 cars have been together in many, many years. Other C1’s included a copper 1957, the blue SR2, and a Sebring racer. 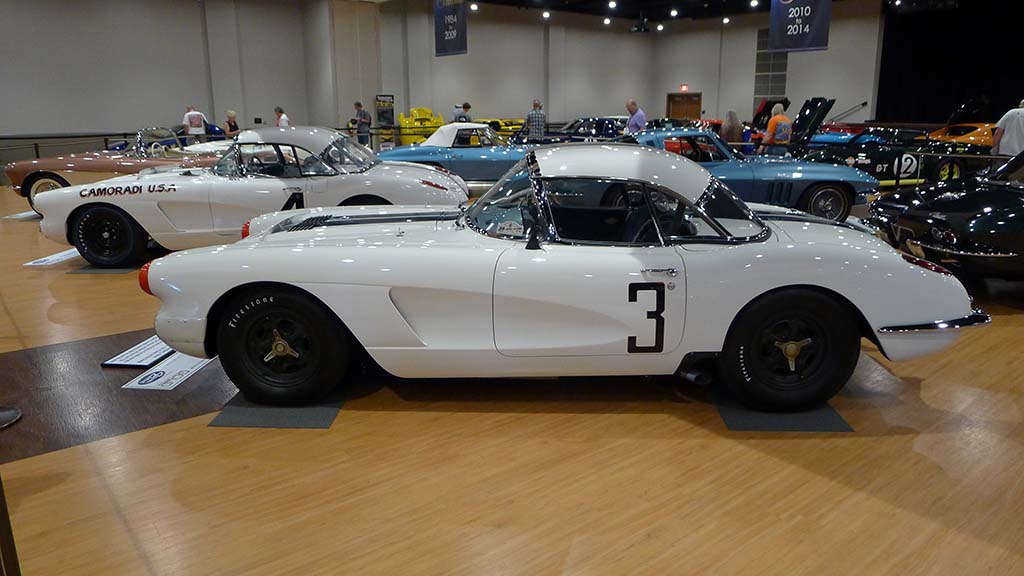 Corvette’s 2nd generation was highlighted by the 12-mile 1967 L88, a 1,500 mile 1965 fuelie, the Harley Earl styling car, the Penske L88, and, of course, Grand Sport #4 among others. It was indeed GS #4 that stole the show. It was located just off to the right as attendees entered the ballroom and was basically everyone’s first stop before checking out the rest of the display. We don’t get to see real deal Grand Sports very often and this one was definitely the star of the show. 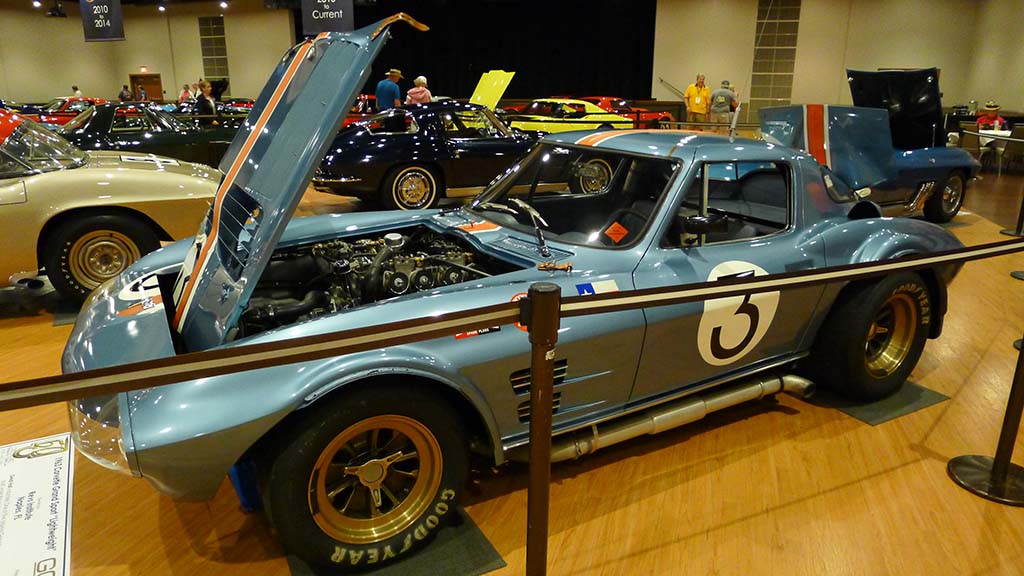 C3 Corvettes had a strong contingent as well anchored by the famous yellow 1969 ZL1 and the only known 1971 ZR1 convertible. In between, there was a stunning red/red 1969 L88, an 8,000-mile 1971 LS6, the famous Band-Aid racer, and even an ultra-low mile 1978 pace car among several other significant sharks. 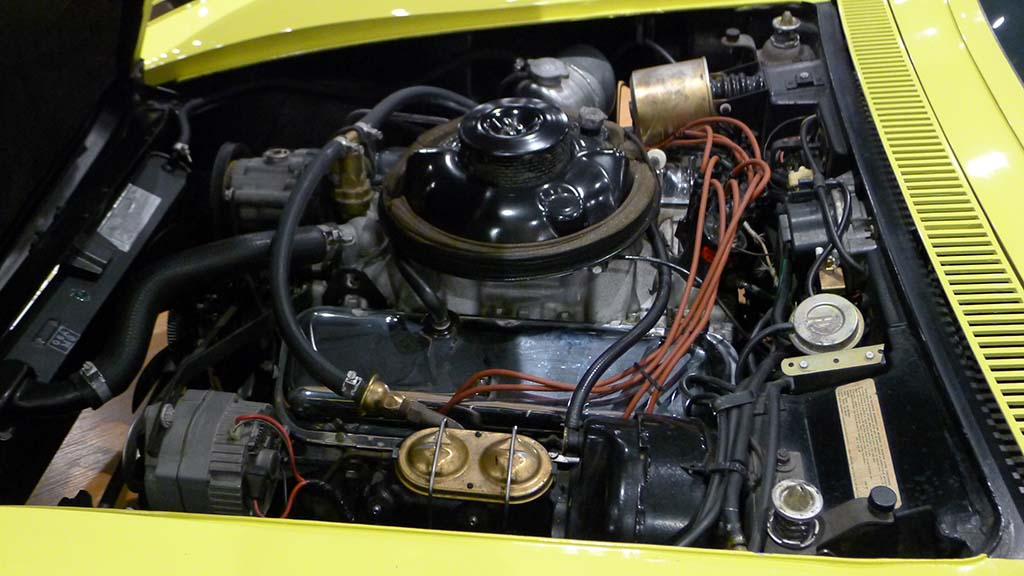 Later model Corvettes featured ZR1’s C4 and C6 form including a rare Callaway ZR1 speedster. We loved the unmistakable blue interior on that one. Dale Earnhardt’s famous 2001 Daytona race car made an appearance as well as an export 1996 Grand Sport convertible. A 2004 Commemorative Z06 was also on display plus a 1987 coupe that won 20 consecutive Bloomington Gold Certificates in a row. 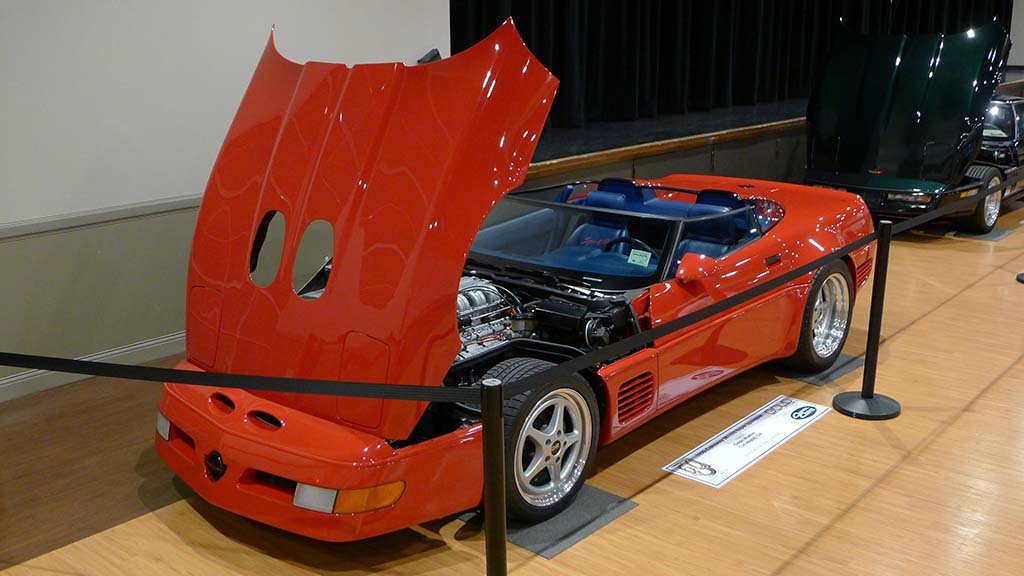 The 2022 Gold Collection assembled an impressive lineup of the Corvette lineage. It was a fitting tribute to almost 40 years of the Gold Collection and 50 years of Bloomington Gold. With 70 years of history to choose from, it’s not likely a grouping like has ever been seen before (and may not be seen again). Each year we wonder how the following Gold Collection will top the previous edition. Once again, we’re left asking the same question again.

If you couldn’t join us at Bloomington Gold last week, you can live vicariously through our gallery below.

Check Out the Lineup for the Gold Collection at Bloomington Gold

Bloomington Gold Heading Back Home to Celebrate its 50th Anniversary