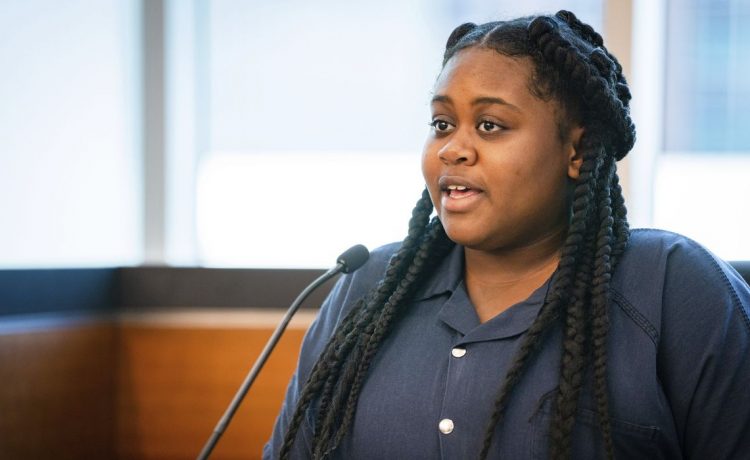 A teen sex trafficking victim who admitted to killing her accused rapist could be sent to prison after she fled the low-security Iowa correctional facility she agreed to enter as a part of her plea agreement.

Pieper Lewis walked out of the Fresh Start Women’s Center shortly after 6:15 a.m. Friday and cut off her electronic monitoring tracking device, according to a probation revocation report that was obtained by the Des Moines Register. Lewis, 18, was still at large Monday morning.

Jerry Evans, the director of Iowa’s 5th Judicial District of the Department of Correctional Services, told CNN that a warrant for Lewis’ arrest has been issued and is recommending that her probation be revoked.

Lewis pleaded guilty last year to voluntary manslaughter and willful injury for stabbing 37-year-old Zachary Brooks to death in 2020, a man who Lewis said had raped her repeatedly.

The teen was 15 and homeless at the time after fleeing an abusive foster parent. Lewis was taken in by another man who began trafficking her to have sex with other people. This man isn’t identified because he hasn’t been charged with any crimes.

At her sentencing hearing in September, Polk County Judge David M. Porter gave Lewis a deferred judgment and ordered her to spend five years on probation at the women’s center in Des Moines, according to the Register.

“Well, Ms. Lewis, this was the second chance you asked for. You don’t get a third. Do you understand that?” Judge Porter asked Mr. Lewis on Sept. 13, according to the newspaper.

If Lewis’ probation is revoked, she could face up to 20 years in prison.